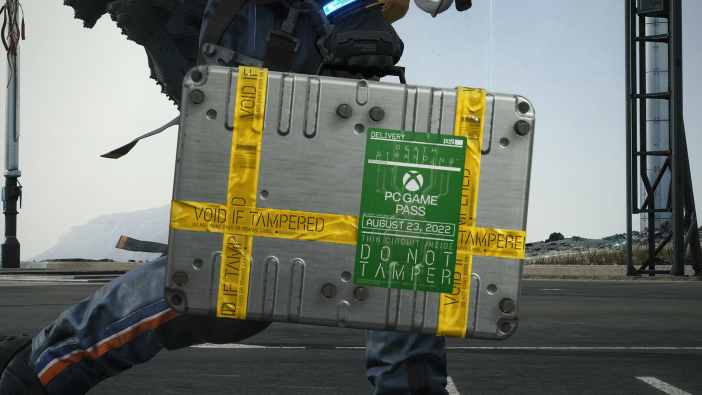 Kojima Productions’ divisive post-apocalyptic fever dream, Death Stranding, is coming to PC Game Pass on August 23, 2022, as announced at Xbox Wire. It’s not quite the Xbox launch many Kojima fans may have hoped for, but it’s certainly a step in the right direction. This move comes thanks to a collaboration between publisher 505 Games and Microsoft. The PC Game Pass Twitter account teased its announcement beforehand and didn’t waste the opportunity to have a bit of fun with the reveal.

Death Stranding originally launched in 2019 as a PlayStation 4 exclusive from Metal Gear Solid mastermind Hideo Kojima. It has since spread to other platforms, including a PC version published by 505 that arrived in 2020, as well as a Director’s Cut version that came to PlayStation 5 and PC in 2021 and 2022, respectively. The Director’s Cut offered an expanded take with loads of additional content. However, this PC Game Pass version essentially offers only the base experience, except for a few additional unlockable items. You can see the Death Stranding PC Game Pass Edition items below:

More information on Death Stranding’s slight move into Microsoft territory will arrive as part of a Community Q&A that will happen in the near future.