Deathloop is a game of many influences: Arkane Studios’ back catalogue, of course, but also Dark Souls, a hint of Splinter Cell, more than a hint of Hitman, aspects of Destiny, and perhaps even something of the frenetic energy of Ubisoft’s XIII. It’s no surprise then to find BioShock somewhere in the Deathloop mix.

There are gameplay similarities. The power/weapon dual wield combination was present in Dishonored, but the focus on firearms over melee suggests comparison with BioShock 2. Rival assassin Julianna’s invasions might be inspired by Dark Souls, but there is something of the rhythm of BioShock 2’s Big Sister fights about them — each encounter plays like a miniature boss fight, slotted in to disrupt the main gameplay loop and dial up the difficulty. Or you can give yourself a moment’s reprieve with Deathloop’s Reprise power, which grants you up to two respawns per mission and sends you back to the last safe area in a move that’s reminiscent of BioShock’s resurrecting Vita-Chambers.

Deathloop’s Blackreef is a mix of Victorian houses, military installations, and modernist architecture. It’s not the art deco of BioShock’s Rapture, but it feels like it could be the swinging ‘60s sequel. BioShock, after all, is set in 1960. And while the polka dot miniskirts worn by Blackreef’s Eternalists is a far cry from the monochrome waistcoats of Rapture’s Splicers, the Eternalists’ ever-present masks recall Rapture’s raucous, and ultimately disastrous, 1958 New Year’s Eve masquerade.

The main similarities, however, are to be found in the narrative premise. In BioShock, Andrew Ryan founded Rapture as an objectivist utopia, where “the artist would not fear the censor, where the scientist would not be bound by petty morality.” The city is cut off from outside civilization, almost impossible to find or to reach, and therefore living through its own self-contained rise and fall, without outside interference. 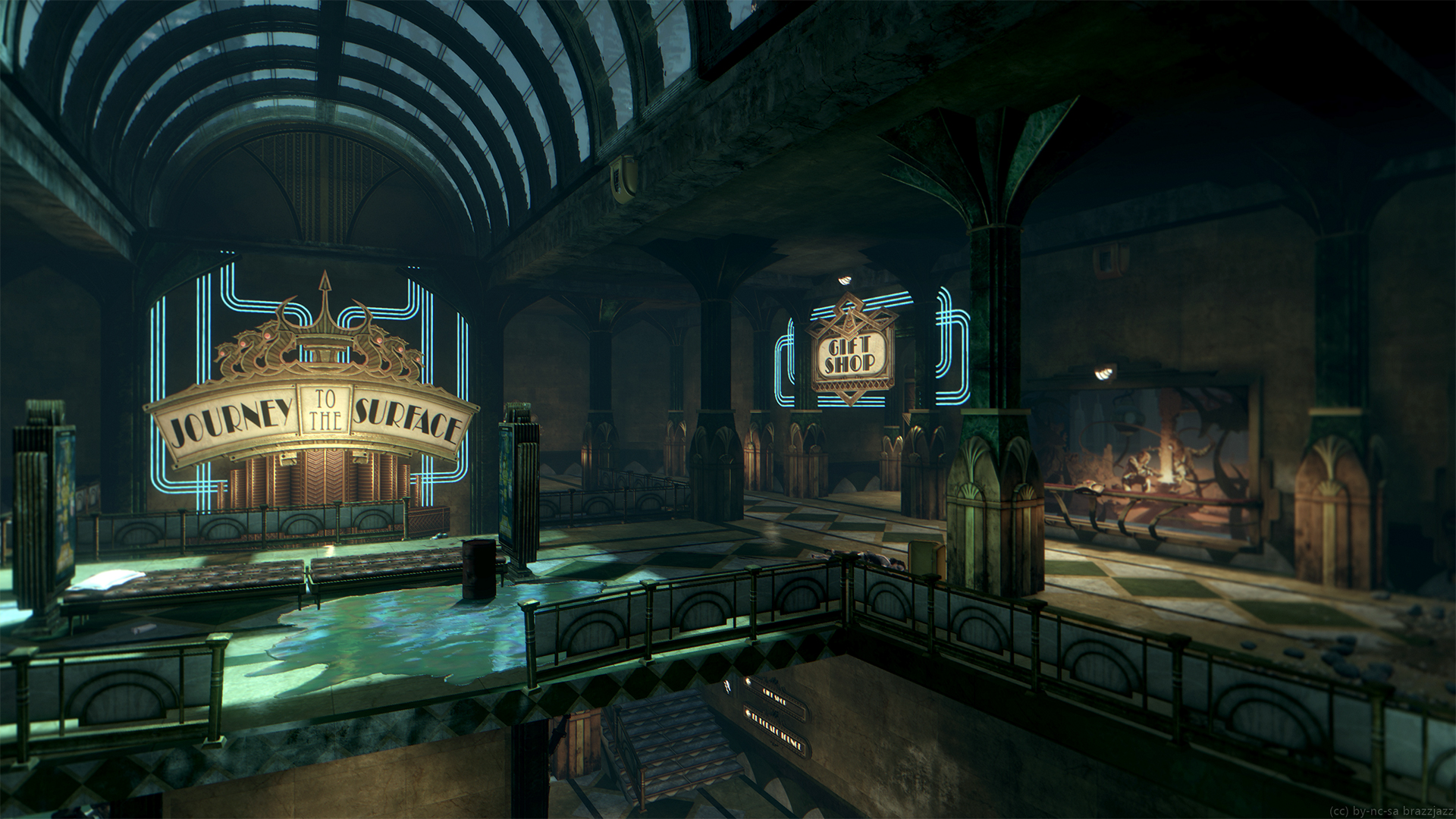 Blackreef in Deathloop feels like a light-hearted, hedonistic version of Rapture in BioShock. It’s an island cut off from the rest of civilization and trapped in a daily time loop. The loop is sustained by eight so-called Visionaries — a collection of artists, musicians, engineers, and scientists that came to Blackreef to live an endless life of boundless pleasure and plenty.

Deathloop toys with suggestions that the Visionaries might be people of exceptional talent, but ultimately it’s clear that their genius is largely self-proclaimed — a kind of Silicon Valley brand of self-aggrandizement and delusion. Charlie Montague, for instance, asked a fellow Visionary to remove a part of his brain to increase the speed of his computer.

The Visionaries are what passes for Deathloop’s bosses, occupying different levels and gating different abilities, items, and information. Most of them have explicitly bought into the reckless hedonism that Blackreef offers and protect it as zealously as Ryan protected Rapture. Like Ryan’s colleagues, the Visionaries present some of the most significant opportunities for gameplay and narrative progression.

The comparison is not perfect, of course. For one, Rapture drowns under the weight of its ambition; the water that floods the undersea metropolis is crucial to the game’s aesthetics and story. Blackreef, meanwhile, has the luxury of never aging more than one day. More importantly, where BioShock is bullish in trying to say something interesting about politics and philosophy, Deathloop never pretends to. The hedonism it lampoons is window dressing — a way to set up some amusing jokes and justify some despicable characters. Indeed, there is a sense in which the game leverages hedonism, encouraging the player to have a good time with its systems primarily for the sake of having a good time, rather than to serve some grand thematic ambitions.

Nonetheless, there is also a more general feeling that Deathloop continues what BioShock started. BioShock was arguably the first to experiment with the immersive sim foundations laid down in the ‘90s, bringing that design philosophy much closer to a traditional FPS than its forebears would have been comfortable with. Or, to look at it another way, BioShock pushed the traditional FPS towards immersive sims.

Now, Deathloop asks what an immersive sim might look like when taken beyond the FPS, or what other genres like the time loop rogue-lite might look like when brought within the proximity of an immersive sim. (Although it’s worth noting that it is not the first to do so; Void Bastards, for instance, tried to marry rogue-lite mechanics with immersive sim sensibilities back in 2019.) So it is perhaps fitting that Deathloop should at times feel like a wild, breezy, tongue-in-cheek spiritual successor to BioShock and its dark and brooding underwater dystopia.