I’ve no opinion on what we should call the decade now-passed (“00s?” “Naughts?”) but by any name my conclusion would be the same: The period stretching from 2000 to 2010 A.D. was the decade when the world went completely and utterly to the Nerds. And thank the gods for that.

My name is Bob Chipman, and I have been a nerd for 28 years.

By anybody’s math, the end of the last millennium was a horrible time to for one to be a nerd (or geek, or dweeb, or whatever name by which intellectually-advanced/socially-awkward misfits are referred to in the current parlance.) Sure, we’d always been picked on, abused and marginalized, but in the waning days of the wretched 90s it had taken a turn for the worst. We were feared. Hated. To the culture at large, we were horsemen of Armageddon, corruptors of the culture. Enemies of the good.

It all had to do with the rise of the Internet Age, and with it the digitization of human civilization. Of this, I remain convinced.

Looking back, I can almost sympathize with the confusion and unease felt by so many in mainstream culture for myself and my fellows. It was as though they’d gone to bed in an analog world they and their forefathers had known for centuries and woken up in a new world of dots and w’s, where every aspect of their day-to-day lives was dependent upon the guys they used to see skulking from classroom to classroom attempting to avoid the day’s Atomic Wedgies.

How else to explain the hyperbolic rush to brand Microsoft’s Bill Gates – the archetypal Computer Nerd turned Capitalist Kingpin – as a secular Satan for the age? The quiet kid at the back of the lunchroom with the coke-bottle glasses, nose buried in the AD&D Monster Manual, had grown up to conquer the world. For the first time in a long time, intellectual superiority and financial superiority were becoming analogous; and to more than a few the very prospect was vaguely terrifying. A world run on computers would be, logically, a world run by nerds… would they be merciful to a world that once dogged them for so long?

As always happens, vaguely-defined fears crystallized around very real – if only tangentially-related – terror. In the media, the millennial fear and hate of The Nerd was vindicated again and again. In 1999, hysteria surrounding the tragic massacre at Columbine High focused on the perpetrators’ social-misfit status and (tenuous) connections to the videogame subculture. In the same year, the world was gripped in panic over the supposed Y2K “doomsday glitch.”

The theme was constant: Nerds were volatile and dangerous, and the technocracy they’d created was going to fall apart and destroy us all. To say nothing of videogames causing an obesity epidemic or internet addiction sucking the life-force of a populace. The cyber workplace was cruelly shoving analog employees into obsolescence, Harry Potter was luring youngin’s to the Black Arts, Pokemon was a gateway-drug to gambling and it was all those damn eggheads’ fault!

Even the nerds’ own culture turned against them. The release of Star Wars: Episode I – The Phantom Menace was supposed to the Second Coming for two generations of Junior Jedi, but instead… well, we all know what happened there. Bad vibes reverberated through every facet of Nerd Culture – even the videogaming scene, though in the midst of a major economic expansion, seemed poised to move “against” them, with Golden Age stalwarts like Sega crumbling and Nintendo seemingly adrift. Things sucked, in other words.

And then, at some point, things started to go right.
Who knows what, exactly, triggered the shift? Was it another in the endless after-effects of 9/11, i.e. unity in the face of mutual horror or the recognition of what a real existential threat looked like? (That’s probably a reach, but how can one try to encapsulate the decade without touching on 9/11?) Or was it just natural progression, the result of people moving on when the bottom failed to drop out? 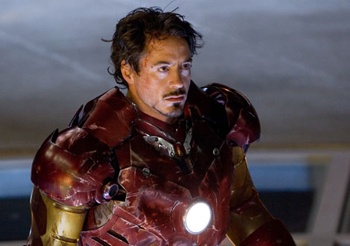 Whatever happened, you could feel it at first in the popular culture – at the movies specifically.

Between the turning of the 90s and the dawn of the 00s, a pair of blockbuster film projects had gone into production that sounded, in the details, like the sort of thing movie geeks would fantasize about but never expect to see: Sony Pictures put several hundred-million dollars in front of Sam Raimi – a nerd culture icon best known for cult horror movies and TV shows about Amazonian warrior princesses – to make what was looking like a source-respectful Spider-Man movie. Elsewhere, Peter Jackson – another demigod of movie geekdom beloved for comedic splatterfests – had set about the seemingly impossible task of filming the entire Lord of The Rings trilogy – one of the foundational texts of Nerdity.

Both films, as you know well now, were enormously successful. Raimi’s endeavor brought to full bloom a Hollywood fixation on superheroes that had first sprouted with the box office (and critical) success of Bryan Singer’s X-Men adaptation. Jackson’s LOTR exceeded all expectations for three years in a row – running rampant all over the box office, Hobbitizing the popular culture, leading (along with the more-expected success of the Harry Potter films) an explosion in the fantasy genre and ultimately dominating the 2003 Academy Awards, a feat not even Star Wars had ever accomplished.

Elsewhere, the (at the time) lengthy-looking success of an out-there actioner called The Matrix had finally kicked the door all the way down for the Eastern-spawned/nerd-beloved genres of martial arts and anime. And so began a love-affair with Hollywood… one that ended up lasting much longer than it took The Matrix franchise to ultimately flame out.

Television, too, made a shift – albeit a subtle one. The sitcom – half-hour comedies staging premise-related jokes in a largely static setting – fell out of favor after decades as king. Its (eventual) usurper? Fare like 24, Lost and The Sopranos grounded in that most-geeky of viewing-requirements: continuity. Once upon a time, cop shows were mainly about first-amendment-ignoring hardasses doing their thing. Not after CSI and NCIS, where the heroes were minutia-fixated lab techs – backed up by sunglasses and The Who, yes, but still.

And then there were videogames. For better or for worse, the outside influence of tech giants Sony and Microsoft – along with the rise of decidedly de-geeked mega-franchises like Madden and Tony Hawk – certainly reshaped the hobby’s profile, but it was nothing compared to the earth-shattering impact of the Wii, which realized the subculture’s impossible dream of the game console as a mandatory element of any well-stocked family room.

Think about it: Picture all the pop-cultural hallmarks of Nerd Culture, and then consider their place in the main culture now.

Once upon a time, “Only nerds used computers for fun.” Now, practically every home has at least one computer. Everyone is online, and mundane devices like Walkmen or road maps have been supplanted by computers of a sort. Something like 90% of the developed world is carrying a small hard-drive with them at any given moment.

“Nerds love comic books.” Been to a movie theater lately? Where moviemakers once needed big-name stars to get a superhero movie made, big-name actors now fight tooth-and-nail for the honor of donning this or that cape and cowl. Batman and Spider-Man turned indie mainstays like Tobey Maguire and Christian Bale into movie stars. Iron Man completed Robert Downey Jr.’s emergence from the wilderness.

“Nerds do videogames.” Yeah, they do. So does my grandma. And my parents. Rest homes stage Wii tournaments. What’s left of The Beatles were at E3.

“Nerds are obsessed with sci-fi.” The biggest motion picture in the world right now is about mecha-pilots fighting blue cat-aliens.

This is the world, now. And in a world where almost everyone is, by some degree, a nerd, is anyone, anymore?