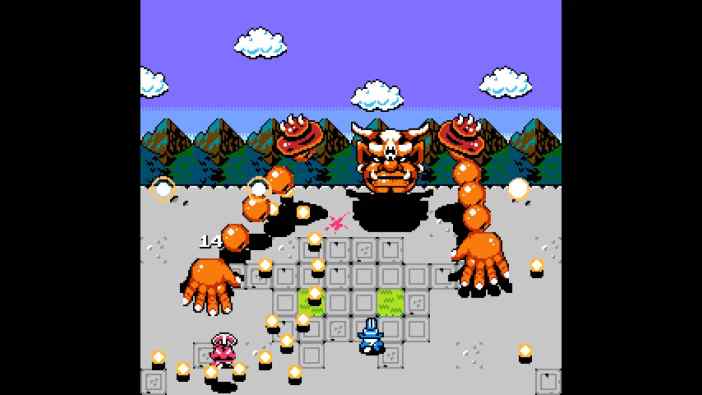 I was quite happy to preview publisher Devolver Digital‘s Demon Throttle at PAX East 2022. Developer Doinksoft’s next title after Gato Roboto, the game is unique in that it is only getting a physical release. Reminiscent of such games as Ikari Warriors, Commando, Gunsmoke, and King’s Knight (a direct influence), Demon Throttle casts you as either a gunslinger or vampiress in their quest to thwart a demon. It can be played with one player controlling both characters, where a button press is used to hop between the two, or co-op with two players. 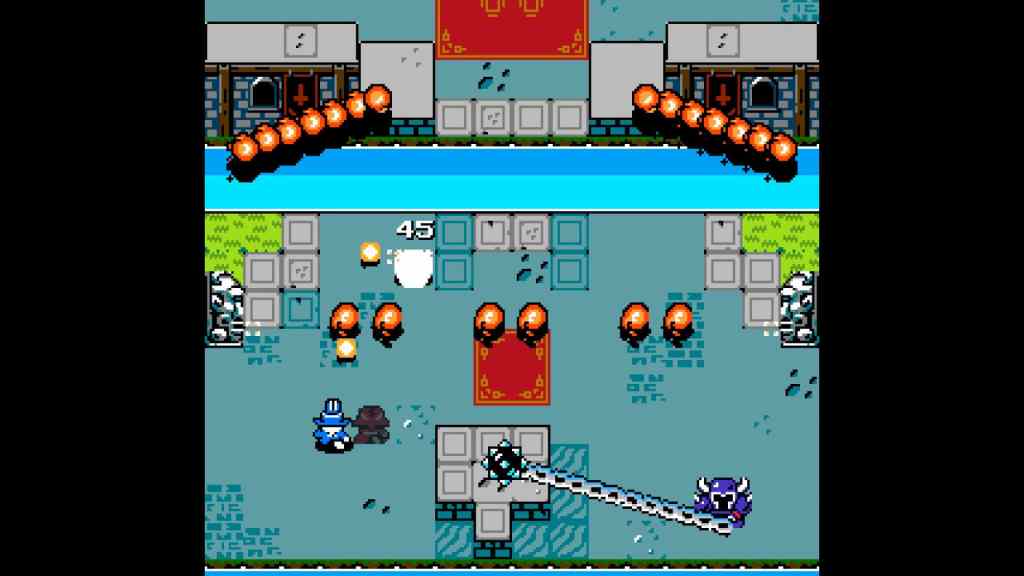 Better Together in Demon Throttle

While the gunslinger and vampiress have different motivations for seeking the demon — the gunman’s wife cheated on him with the baddy, and the same foe stole the vampiress’s chalices — they work well together defeating the forces of evil. Having an actual human play with you is the best way to go, as you can communicate effectively next to each other. (The co-op mode is strictly local.) Each has a different weapon loadout, for both your main gun and special weapon, of which you have a limited supply of ammo. If you hammer the terrain, you’ll find extra ammo, health, the ability to shoot at a higher rate, and more. Jumping is imperative as well, as some baddies are in the air and their shots can be dodged by jumping over them. The game has an old-school aesthetic that is enhanced by the various borders you can have surrounding the screen. And most importantly, it all adds up to a fun gameplay experience.

Level-wise, there are only four stages. And if you perish in any of them, it is back to square one. However, each stage has a hidden staircase that leads to a sub-boss that guards a hidden chalice. Collect one in each level, and you’ll unlock a second phase to the last boss fight, as well as the true ending. There’s also one weather variant per stage that can occur randomly. My playthrough had one with a meteor storm hitting the environment! And while four levels feels paltry, Demon Throttle changes significantly during a second run. Expect things like remixed levels, modifiers, and a shop where you can exchange money for nifty abilities like piercing bullets. There is a hard mode as well. 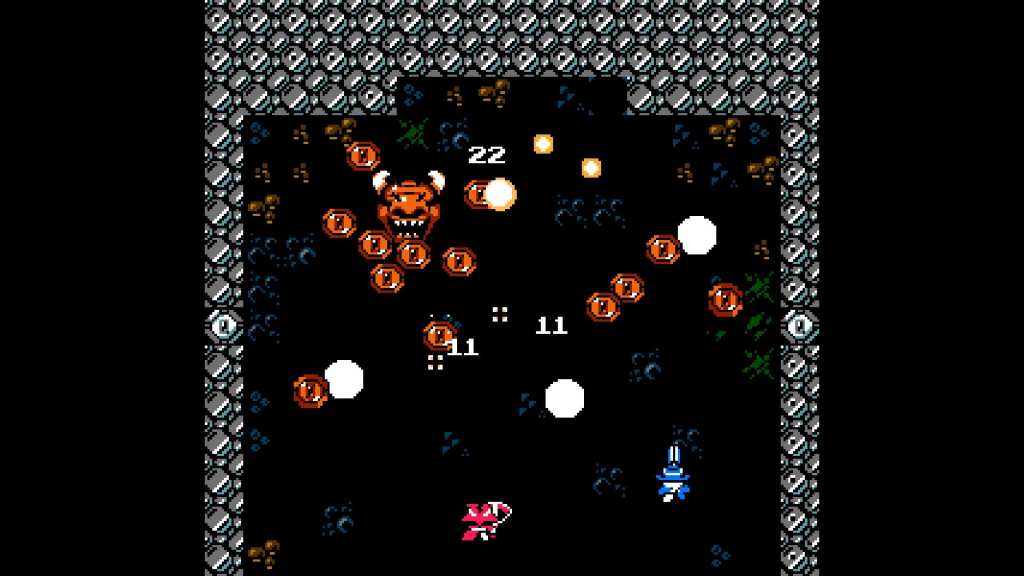 I spoke to one of the guys at Doinksoft a little more about Demon Throttle. The title was a hobby project fueled by a love of arcade cabinets. Devolver had the idea for a game that was to be physical only, so it thought Doinksoft’s experiment would fit the bill. Special Reserve Games is handling the distribution of the adventure. The devs do not anticipate stock ever being an issue for the standard edition. They may look to other retailers in the future to get more copies of the game out there. Outside of patches to fix any bugs, they want the physical cartridge to be the only way to play Demon Throttle. And a sequel may be in the cards if all goes well.

In my preview, I found Demon Throttle to be an exciting gun-shooting adventure with a friend. It’s delightfully hectic, fun to mash the fire button over and over, a fair challenge, and has funny banter between the two main characters and the bosses you encounter. It has great replayability, too.

Demon Throttle is available to preorder for $29.99, and certified preorders are expected to go out in July, exclusively for the Nintendo Switch.