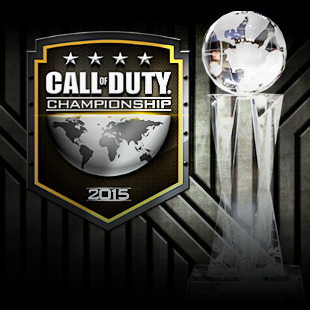 On the final day of the Call of Duty Championships we saw three teams in a death dance for their share of one million dollars. FaZe Red had swept the lower bracket with four consecutive shutout matches denying opponents even a single winning game.

In the upper bracket, only two teams remained , both undefeated after exiting the group phase.
Match one of day three pit these these two teams against each other; Denial eSports and Team Revenge

In the first game, both teams played tug of war with the scoreboard in Hardpoint. There was no clear winner until the final 60 seconds of the match. In that last minute, Denial maintained a slight yet comfortable gap that became insurmountable, as seconds ticked away from the clock. An honorable mention is deserved for Clayster of Denial eSports, who scored 49 kills in that single game earning a 1.75 KDR. Final score, 225-188, Denial Wins

The next game was Search and Destroy. The undefeated competitors traded wins for the first three rounds until intermission with a score of 3-3. After intermission Team Revenge raised their skill level and ended the game at 6-4.

Entering the third game, both Team Revenge and Denial eSports seemed to walk on eggshells with a cautious first round of CTF, ending in a 1-1 tie. Round two was slightly more aggressive but scoring was still conservative. Round three CTF ended with a 3-2 score favoring Denial.

Round four put the pressure on Team Revenge, as they were behind 1-2 in the series. Luckily for them, they were heading into Uplink, a game mode they were undefeated in throughout the entire Call of Duty Championship event. This was the single most exciting Uplink match I had ever witnessed. The score was 2-7, Denial in the lead, until there was less than two minutes left on the clock. Team Revenge then began a push that would have them one point ahead with only one minute left on the clock. In a heart pounding 60 seconds, the lead would turn over another three times. The Back and forth continued until Team Revenge booted the ball out of bounds in the last 5 seconds of the match , ending the game with a score of 10-9.

It all came down to game five of the series. It was unclear at this point who had the advantage as the test of might thus far was inconclusive. Denial eSports stepped into this game mode with the ferocity they were missing in round two, picking up three consecutive wins and leaving the audience with little expectation of Team Revenge for the rest of the match. Unbelievably, TR stood their ground steadfast winning the following four matches, giving the fans and casters vertigo in the turnovers. Unfortunately for Team Revenge, they simply could not keep up that pace and Denial eSports commanded the following three rounds ending the game with a score of 6-4. at that moment Denial secured second place for themselves at the very least. 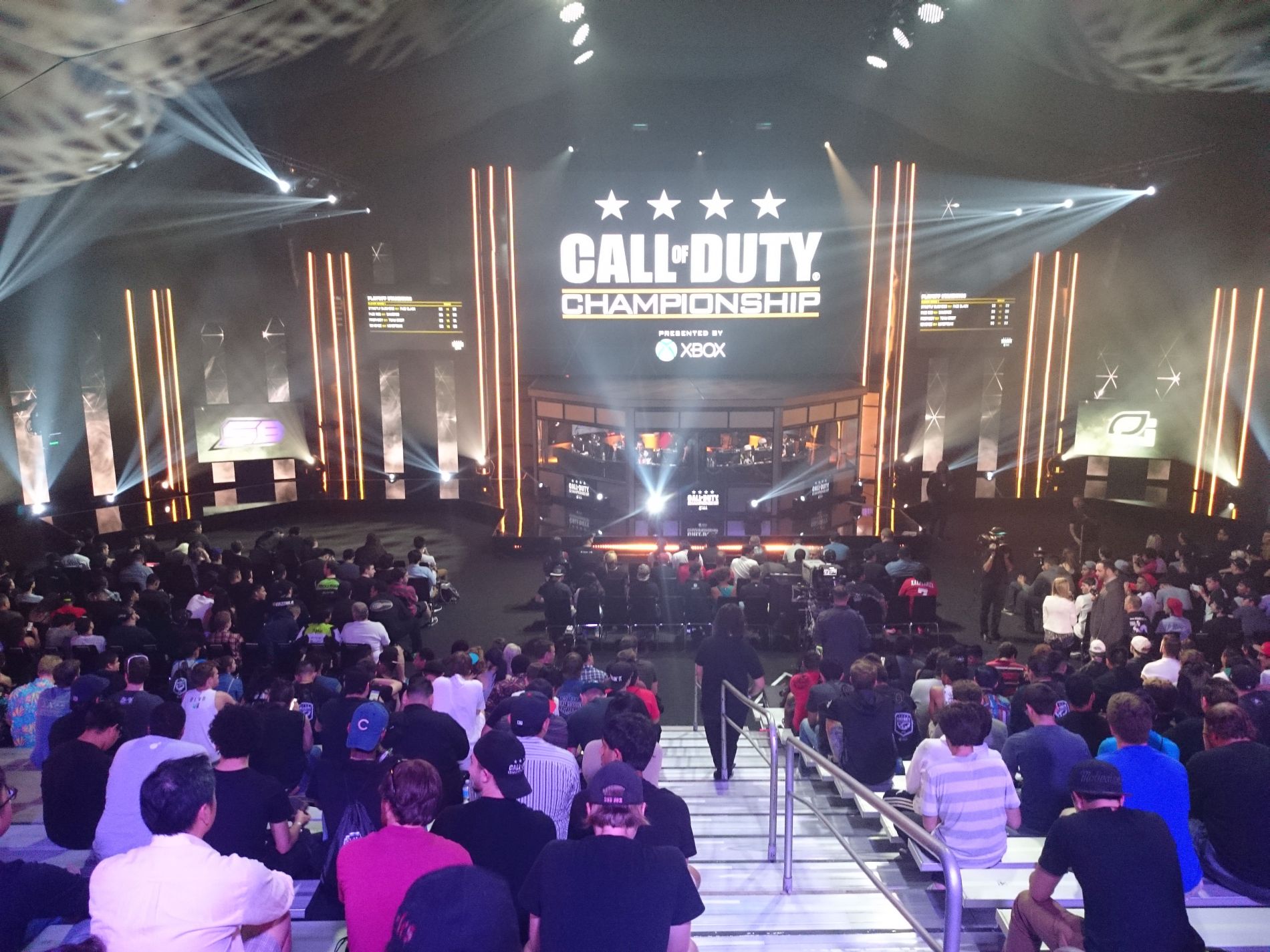 Circling up for the second matchup of the day were two teams desperate for a win. A loss for either FaZe Red or Team Revenge would exclude them from the Final match of the Championship, as well as a significant pay cut. The competition was fierce, most notably in the Uplink match in game three in which FaZe Red handed Team Revenge their first loss in that game mode. The game was tied 10-10 , but in O.T. Faze Red outscored Revenge. Despite their amazing win in Uplink, that would turn out to be the only win FaZe Red could pick up, as they lost the series in the following CTF game. The series ended with a 3-1 score favoring Revenge. 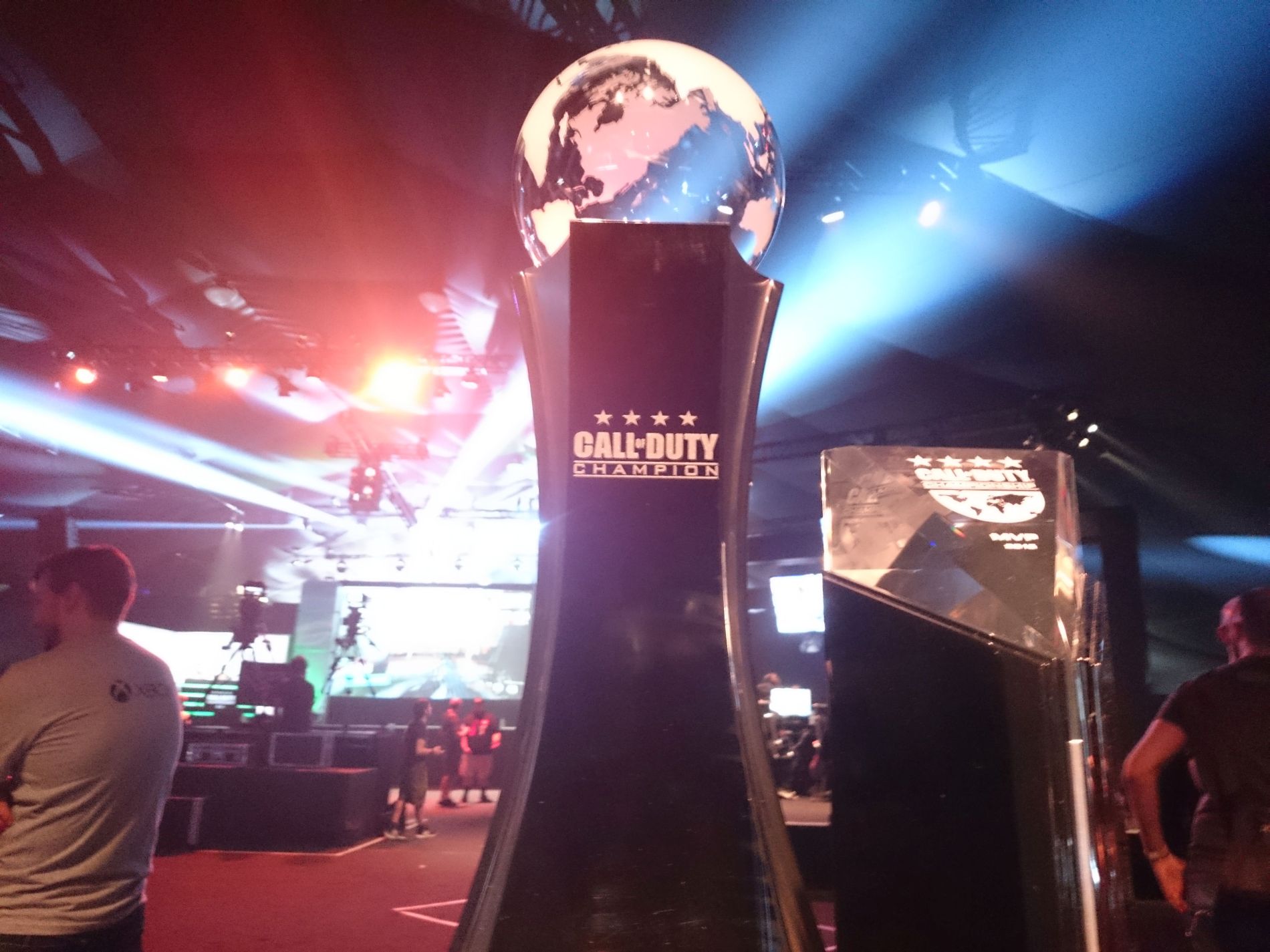 Team Revenge went right back to battle with Denial eSports as the earned their return to the championship match. They knew as well as anyone that it would be an uphill battle as taking first would require winning two consecutive best of five matches, since this was a double elimination tournament. Denial wanted to make sure Revenge knew exactly how tough this hill would be to climb as they wiped the floor with them in the first game. The score ended with Denial eSports leading 255 -123. If Team Revenge weren’t tough as nails, there’s no way they would have been in this face off in the first place. They responded to Denial’s first win by sweeping them 6-0 in the Search and Destroy match that followed. It was strange to watch them win so effortlessly, but it may have been the fact that the map was Drift, a DLC map many teams had not had the time to master. Round three was an Uplink match which, when compared to the previous two Uplinks witnessed that day, was hard to describe as noteworthy. Team Revenge picked up a second win in the series in their strongest game mode wrapping the round 12-8.

It was beginning to look like the Championship would have an extra match as TR only needed one more win to begin a third series of games against Denial eSports. That is when the tides began to change definitively, as Denial made a nearly impenetrable defense in their CTF strategy. While maintaining a strong defense, they still played a powerful offensive style, enabling them to reach a winning final score of 6-2

Here we were again, in round five of a match, only this time it was for the big win. Denial eSports must have been shaking as they began the Search and Destroy match after being swept earlier in round two of this series. This creates a legendary team, the ability to live in the moment. Their focus wiped away the errors of the past as they trudged through rounds giving and taking wins. When round ten of game five struck, Denial eSports would make history. They took the victory not with a kill, but with a defuse in the last couple seconds of the match. 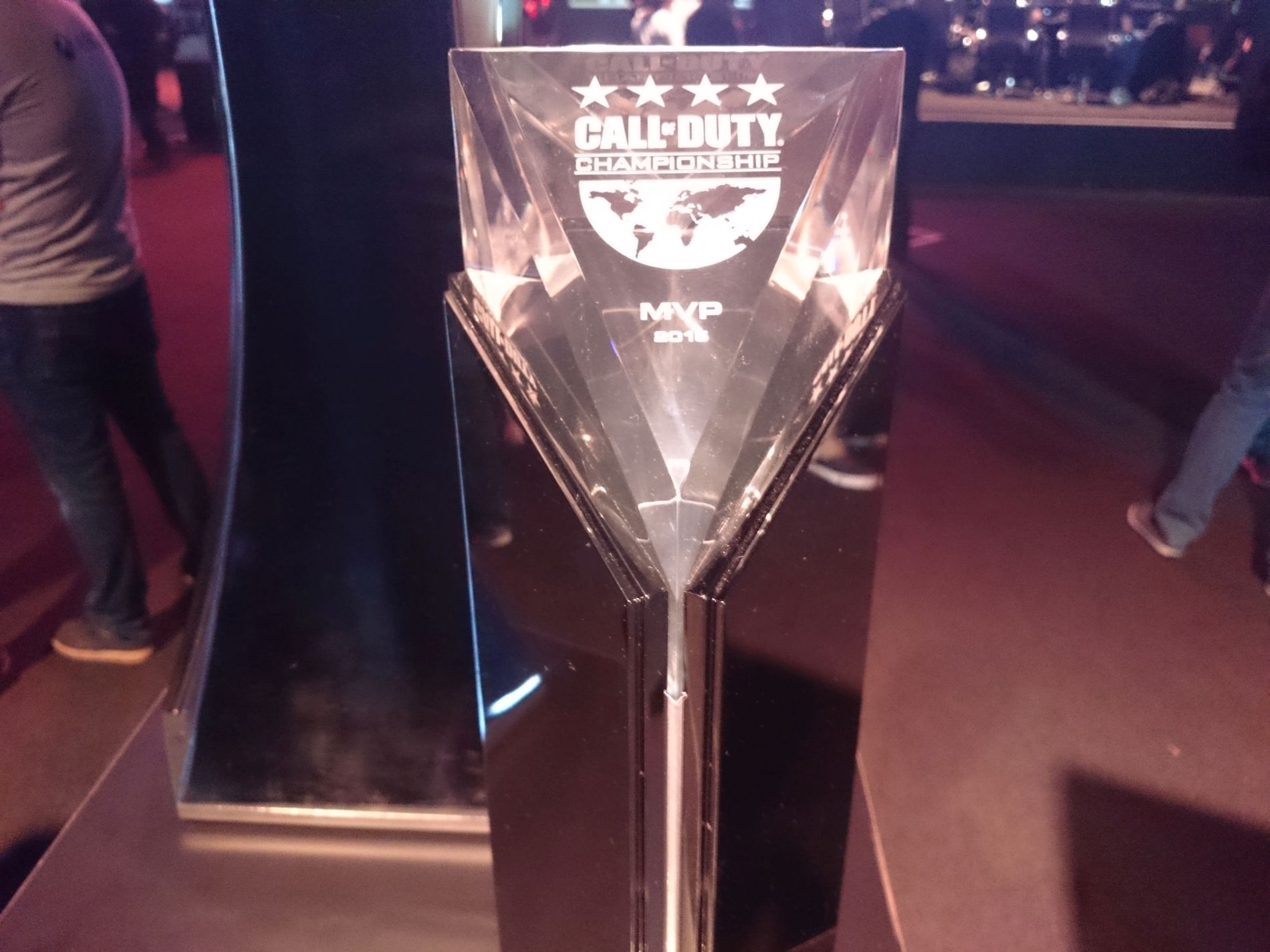 Denial eSports won the Championship in the tournament’s third and biggest year, netting them $400k of the $1 million prize pool. Like a cherry on top, the first annual MVP named also came from Denial, James Clayton Eubanks “Clayster”

The 2015 Call of Duty World Championship was the most exciting, unpredictable tournament I have ever seen in any sport or competition in all my years. This is why eSports is growing an audience like a California wildfire. This is the wild west of entertainment and we are witnessing it build an unshakable foundation.