Of all boyhood fantasies, the ones before a certain age at any rate before the hormones kick in and they all start to centre around your most attractive female teacher wielding a metre stick, there are none so enduring as the frontier cowboy fantasy. Who among us has not hooked their thumbs into their jeans while waiting for a bus, or tried on a long duster coat they found in a charity shop, and then looked at themselves in the reflection off a window and thought “Man, I would be so much cooler if I smelled like shit. 24-7. Without having to move to downtown San Francisco. Oh, if only I could have been born in that wild, romantic age of the American frontier, when too many people had guns, minorities were oppressed and people died constantly of preventable disease.”

Whoa, let’s leave that thought precisely where it is. I had a similar fantasy back in the day. It sure would be cool to be a cowboy, I thought, but you know what would be even cooler? Being a bodiless essence floating about a hundred feet above a cowboy, giving them really bad advice and watching them die over and over again. And that fantasy has finally been realised by Desperados 3, which can probably lay reasonable claim to being the best isometric real-time tactics stealth Western game to come out this year.

It is nice to see the series go back to the old name after the previous game in the franchise was named “Helldorado” by someone who I can only hope got the help they clearly needed. Though the characters established in previous games all talk like they’ve never met before in Desperados 3, so if you were of a mind that a title with an incremented number implies some kind of continuity then maybe you should fuck off back to Sensibleville and elect a competent person as president, asshole. Maybe it’s a prequel, Yahtz. Oh shut up, viewer, nobody likes you.

Continuity doesn’t matter when the cliches are this thick on the ground. Nobody cares about the established canon of generic cowboy protagonist A. Plotwise, generic cowboy protagonist A has rolled into town for the usual reason – he’s looking for the man who shot his pa. Turns out the man who shot his pa is an enforcer for a villainous railroad company, which is pretty fucking lucky, if he’d been a local boy scout leader things might’ve gotten morally complicated, but as it is he’s able to enlist a whole pack of Western stock characters with their own grudges against the company.

There’s the no-nonsense hired killer, the spunky Southern belle, the gruff hunter, the magic spell casting witch who got lost on her way to another genre. So it’s a mission based isometric click the place to go to the place sort of arrangement where your small group of characters must complete various objectives on a map while avoiding the visibility cones of patrolling hostiles by using the environment and your special skills. There’s a sort of Lost Vikings aspect in the way your characters have different abilities and have to work together. Southern belle for example has the special skill of being seductive and can distract a single enemy, and then cowboy protagonist A can sneak up and slit their throat using their unique special skill of owning a knife.

Well, I know now, thank you, Desperados 3. Desperados 3? Yes? Why is there a dirty great counter smack in the middle of the screen? Oh that’s just showing how long it’s been since you last saved. In case you forget. Have you saved lately? Maybe you should! Why the obsession with quicksaving, what are you, a drive-thru evangelist? You remember cockup cascade, right? The term I came up with for an unfortunate feature of many stealth action games where the slightest misstep means getting caught in a pile on of escalating fuckups so you might as well just reload the instant you get spotted?

Well, Desperados 3 is the patron saint of cockup cascade. The cocks barely have a chance to come down again. The enemies all have visibility cones spread wider than your mum’s legs when she hears a bottle opener and you can only see one guard’s cone at a time. On top of that, a lot of guards who look like they’re staring straight ahead are in fact glancing back and forth like a nervous gazelle at a tennis match covering an area the size of a conservatively proportioned aircraft hangar. So half the time you’ll settle into the nice long slitting a throat animation and only then be informed that someone offscreen is looking at you from their table at a delightful Parisian-style street cafe on the surface of Mars.

And thus the cascade begins. Everyone in the map is alerted and rushes your position, more guards spawn in on top of the existing ones, it’s like the fucking fight scene at the end of the original Casino Royale. And while you do have a gun, you fire it once and then can’t fire it again until you’ve remembered all the lyrics to the British Grenadiers, and your special power to pause the game and queue up your next few actions at this point provides nothing besides the chance to take a moment and really drink in just how completely fucked you are, so don’t kid yourself about making a stand, you’re just gonna fucking quickload.

It’s not so bad in the early game but before long levels are absolutely packed with enemies and overlapping patrol routes and it all turns into a sort of ultraviolent puzzle game where the objective is to figure out the precise sequence of actions to pick off every enemy in ascending order of gregariousness, quicksaving with every inch of progress, an experience like untangling a huge ball of Christmas lights, turning it over and over, picking on loose bits, occasionally pulling on the wrong thing, getting electrocuted and making all the children scream.

And the way the game very unsubtly highlights the quicksave function indicates that save scumming is the intended method. I’m sure that was a much easier solution than tweaking the difficulty that meant the developers could get down the pub quicker, but I don’t really like trial and erroring my way through a game, it doesn’t make me feel smart or powerful, and all suspense is lost. Ooh, can you succeed in this challenge using only your wits, your cunning and your infinite zero consequence restarts? YES of course I fucking will, given enough time. I’m monkey typewritering this shit.

So I’d finally drag myself across two miles of gravel to beat a map and the game would tell me about all the extra challenges I might like to attempt – beat the map without using hiding spots! Without quicksaving! In less time than it takes Youtube video essayists to get to the fucking point! And I’d say, piss off, game. Becoming good at these maps seems like it’d be a matter of rote memorization, and that sounds even less fun to me, not being a speedrunner or similar flavour of nutcase. Yeah, I think not finishing this one isn’t gonna haunt me. Let me fondle my crystal balls and predict the ending: revenge is had on the man who shot our pa, the family ranch is saved and at some point everyone lines up abreast and walks very slowly towards or away from something. 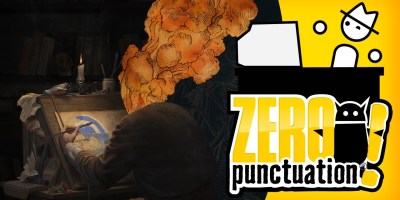