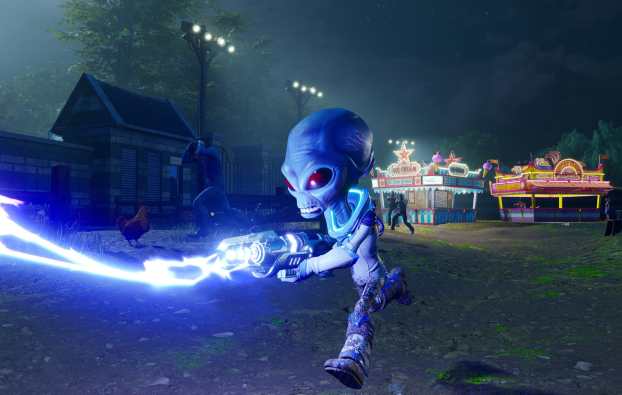 THQ Nordic and Black Forest Games’ Destroy All Humans! remake is coming to Nintendo Switch. THQ announced that the game will land on Nintendo’s hybrid console on June 29, 2021, with a new trailer debuting alongside the reveal. You can watch the Switch video below.

The standard version of Destroy All Humans! on Switch will cost you $39.99 and comes with all available skins, including the Skin Pack DLC. Two highly expensive special editions – the DNA Collector’s Edition and Crypto-137 Edition – will be available for purchase, too, but only to those in the U.K. and E.U.

THQ and Black Forest’s Destroy All Humans! was announced as a remake of the 2005 original back in 2019. The remake then launched on Google Stadia, PC, PlayStation 4, and Xbox One the following year, leaving many Switch owners hoping for an eventual port.

We said that the Destroy All Humans! remake “feels like a game from 2005, for better or worse,” in our review last year. We also got a chance to interview Black Forest’s Dennis Schiefer about the game.

THQ has yet to announce plans for an official remake for Destroy All Humans! 2, but the company’s Switch announcement on Twitter did seem to poke fun at fans still waiting for a reveal.

That's right, you can now enjoy Destroy All Humans! with your 2 joy cons. While doing a number 2. You're welcome.