Diablo 3‘s patch 2.2 has brought with it a huge shift in the Wizard end-game meta, which previously was locked into small variants of the Firebird’s build. Now, the Greater Rift leaderboards are being topped not by the Firebird’s set, but instead by the updated Tal Rasha’s set.

Variations of this build exist, but the one we present below has been used to beat Greater Rift levels as high as 54. Here’s how you can get there.

Here are the skills you need for this build: 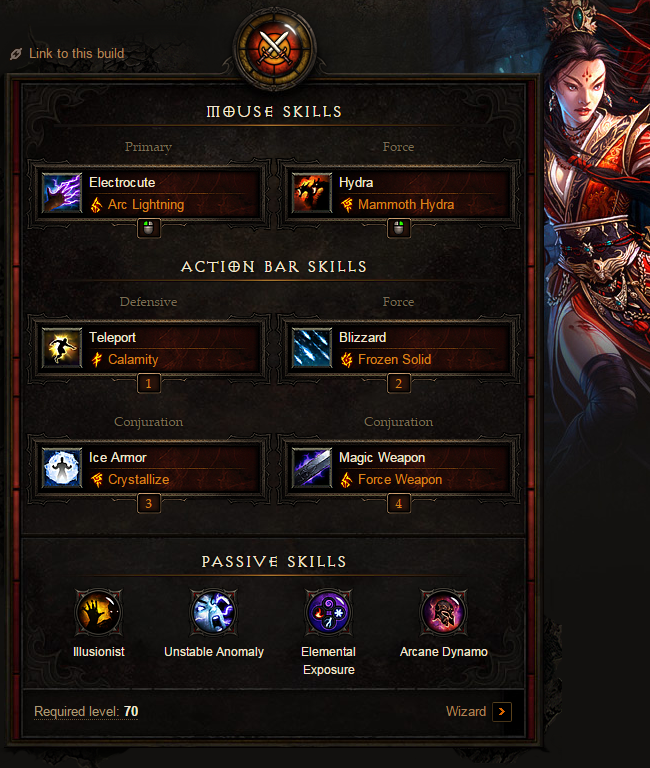 Paragon points: Get your total Move Speed up to 25%, then dump everything else into Intelligence; for Offense, max out Crit Damage and Crit Chance, then Attack Speed; for Defense, max out All Resist, then Armor, then Life; for Utlity, max out Resource Cost Reduction, then Life on Hit, then Area Damage. 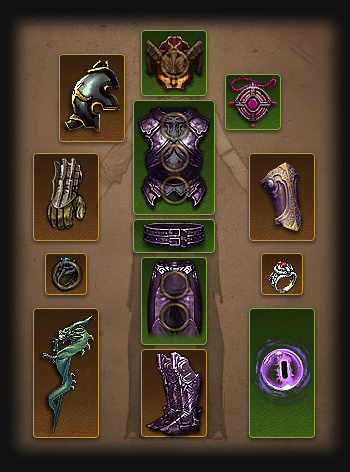 Your ideal gear will be six-pieces of Tal Rasha’s set: helm, amulet, chest, belt, pants, and off-hand. If you only have five pieces, then you can temporarily use a Ring of Royal Grandeur to get the six-piece bonus.

For your gloves, you want Tasker & Theo in order to make your Hydra attack faster. Magefist, for the fire damage, is good alternative until you can get your T&T.

Your bracers should be Ancient Parthan Defenders for maximum survivability.

Your boots must be Nilfur’s Boast in order to maximize your damage.

Your ideal weapon is a Serpent’s Sparker in order to have two Hydras at once, but until you get that, a Sunkeeper for the Elite Damage or a Devastator for the fire damage will do.

For your rings, you want a Halo of Arlyse for maximum crowd control and survivability, and the typical singleplayer Unity setup: one Unity for yourself, one on your follower, and the follower item that renders him invulnerable.

There is no single shoulder-slot item that is best for this build, so go with whatever rolls the best defensive stats.

As far as what stats you want on your items, where you can, stack Critical Hit Damage, Critical Hit Chance, Meteor Damage, and Fire Damage.

For your Legendary gems, you’ll want Bane of the trapped and Pain Enhancer for increased damage, and Esoteric Alteration or Molten Wildebeest’s Gizzard for survivability – whichever you prefer.

While you could just button mash and do decently well, if you want to maximize your effectiveness, you need to time your attacks properly. Tal Rasha’s set revolves around using multiple elements to build up an increasing damage buff and call down meteors on cooldown. Here’s the sequence of attacks you want to execute.

So the order of operations is: