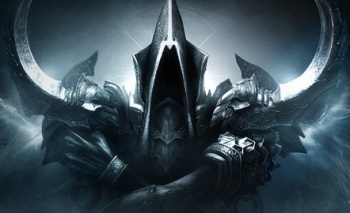 Diablo III: Reaper of Souls was released the other week to generally favorable reviews, and now Blizzard has announced that it hasn’t sold too shabbily either. As of the first week of the expansion’s availability, more than 2.7 million copies have sold, through online and at retailers worldwide.

Despite Maltheal’s claims that no-one could stop Death, it turns out Diablo III players are quite good at stopping him. Players completed the game’s story mode more than 1.5 million times and counting. On the game’s launch day, total Diablo III views on Twitch on launch day alone exceeding 2.4 million.

“With Reaper of Souls, we wanted to emphasize all the things that Diablo gamers have always loved about the series, from the dark gothic setting to the piles and piles of epic loot,” said Mike Morhaime, CEO and cofounder of Blizzard Entertainment in a press release. “We’re excited to see that players are enjoying the changes we’ve made to the game, and we look forward to achieving our Paragon levels alongside everyone else in the weeks and months ahead.”

While falling a little shy of the original game’s record breaking 3.5 million copies in 24 hours, it’s still a respectable number that Blizzard has to be happy with – especially considering some of the backlash Diablo III faced over its (now removed) Auction House and always-online requirement.

If you have been playing a Crusader, check out our tips on how to play him like a Superhero.

The Big Bang Theory: Sheldon Chooses Between PS4 vs. Xbox One