In keeping with the theme at this year’s DICE Summit of empowering the individual to achieve creative success, EA’s CEO, John Riccitiello, took the stage early Friday to introduce what he calls “the new model” for game development economics. Calling his talk “Game Economics 101,” Riccitiello opened by telling a bit about himself, hovering over his experience as head of Elevation Partners, the bright lights venture capital group that spent Bono’s money acquiring BioWare and Pandemic a while back, and hinting that through his successes and failures, he’d learned a bit about game development he’d like to share.

He also reminded the audience he plays games himself. “I actually like the game business a great deal,” he said, sharing his experiences playing BioShock and Portal, admitting to having to look up solutions for the latter game’s latter stages. The game he’s most looking forward to, however, is one of his own. “Probably more than anything right now, I’m fixated on Spore ,” he said.

But he wasn’t really here to talk about himself. He was here to talk about developers, and how, through mergers with larger corporations, they can achieve their creative goals. It sounds counter-intuitive, and may well be a pipe dream, a sales pitch from the master marketer behind the shell game leading to EA acquiring BioWare and Pandemic, but like all good sales pitches, it made an unnerving amount of sense.

Riccitiello opened with a few notes on how the economies of scale are making industry consolidation not only an attractive option for many game studios, but for some, the only option. But he added consolidation can often lead to creative failure and explained why: “Creative teams can be thought of as flowers in a hothouse. Raise or lower the temperature a few degrees and they die.”

“The biggest fear,” he said, “is that the talent will leave – and that fear is … well founded.”

Riccitiello cited examples of EA’s failure to retain talent, including the legendary implosion of the award-winning studio behind the Command & Conquer franchise, Westwood Studios.

“I would state simply that we at EA blew it,” he said, in regard to Westwood and other acquisition sthat wilted and died under EA management. “And since I was involved, I blew it. … The mistake we made was the belief that we could be one, big, happy family.”

He said the mixing of cultures didn’t quite work out, and EA’s insistence that the creative teams adapt to EA and not the other way around put the studios into an untenable position, and the experiment failed.

“When I talked to the creative leaders who ran these companies, they all believed they were buried under bureaucracy … and the inability to be heard.”

Then he looked at the examples of Maxis and Distinctive, companies EA acquired but that did not implode under the weight of creative failure.

In those instances, Riccitiello said, “EA did not meddle. … Instead of enslaving them, we enabled them. … When we’re doing it right, we’re not synchronized swimmers, we’re like the NFL; different teams, each with their own culture, each trying to win the Super Bowl.” 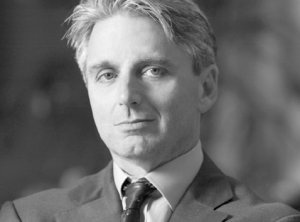 To developers he said to not look for the highest offer, but instead find people you can trust, no matter the partnership.

When asked about “best practices” in the various EA studios, which he likened to “city states,” Riccitiello said, “Let me admit to you we’re working on it. If I had to point to best practices, I’d say strong leadership at studios. … A strong leader will pick up the phone and say ‘something’s not right’ and have the talent and courage to … change the direction. … The heroes are the guys who lead the studios and make the games … we’re the support staff.”

In all it was a stirring pronouncement and somewhat of a rare admission of failure for EA, who for years has prided themselves on their acquisition strategy and ability to juggle large numbers of creative teams, a juggling act Riccitielleo, at least, seems willing to confess they haven’t always been adept at.

“If you tell people what to do, you’re responsible for the outcome, and they remind you of that at every opportunity,” he said. But if you instead, he went on, sit down and talk about priorities and objectives, “in my experience, they deliver. … It’s a little harder to run it that way, but I think it’s the only way to run it if you’re going to be successful.”