The cards are aligned. The dice have been cast. The hilarious variance engine has been started. Do you have the guts, the will, the patience, to face your Dicetiny!?

I hope so, because without patience you won’t be getting very far.

Dicetiny is a new Early Access game from studio FakeDice that is available on PC and mobile platforms. It is, in essence, a head to head digital board game where the goal is to reduce your enemy’s HP to zero. You can do this in a number of ways. You can attack your enemy directly, summon minions to attack the enemy for you, or assault your enemy with spells and skills. 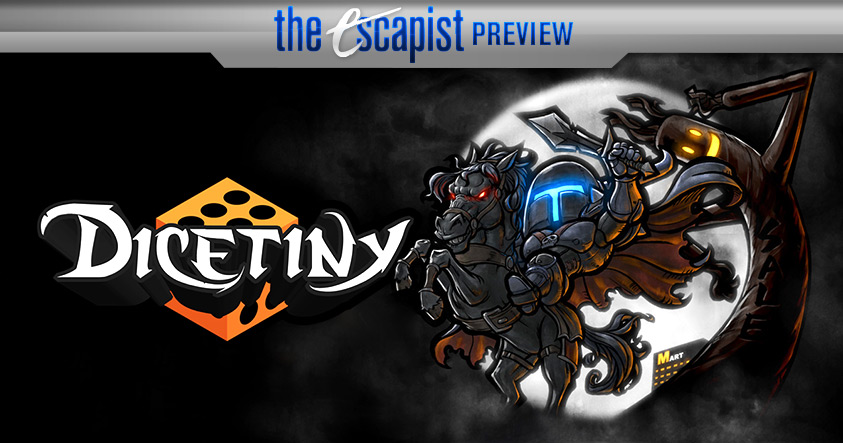 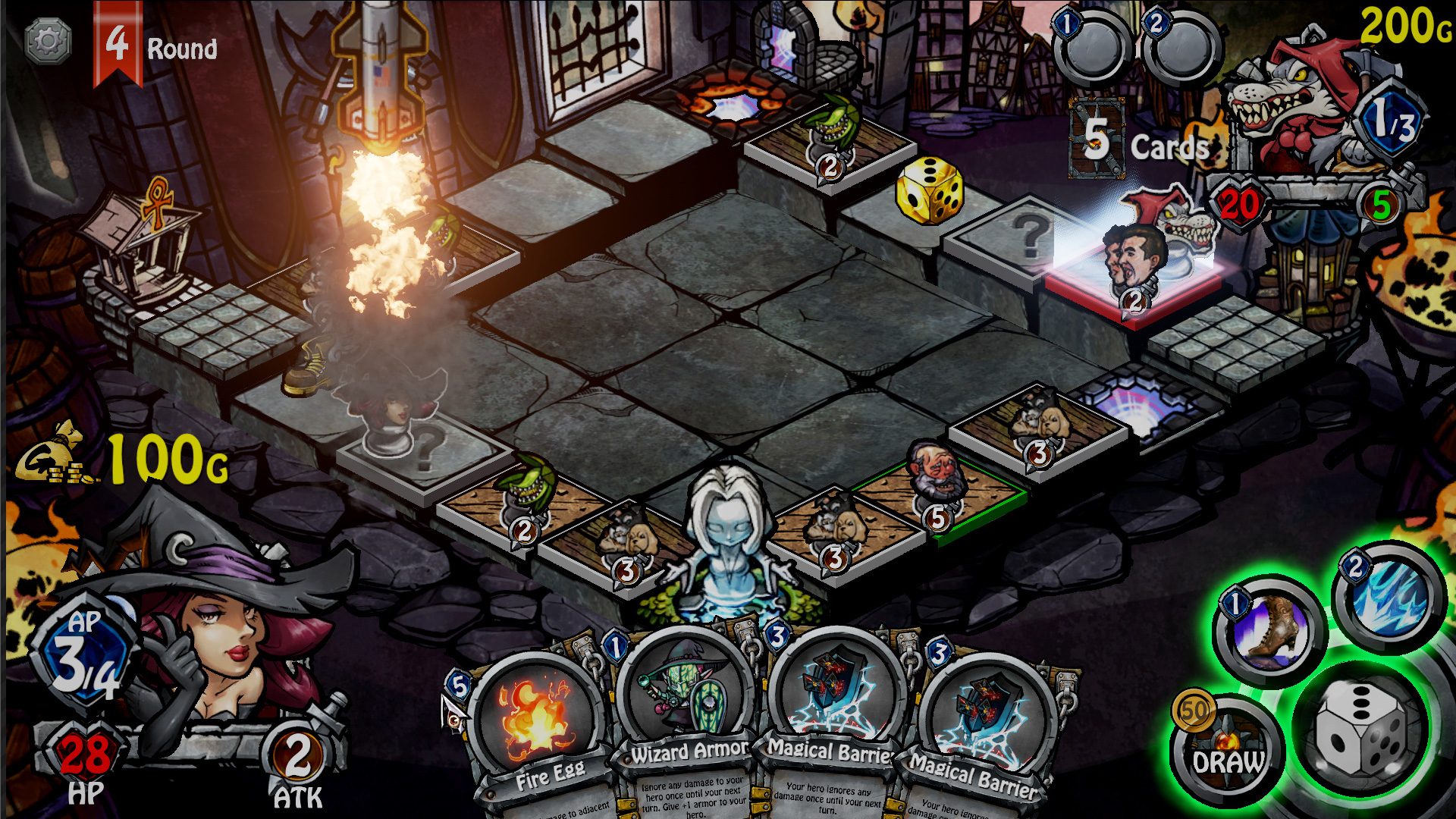 On paper, this is a solid idea, but it becomes much more shaky when the core concept of the game, the dice, are added in. Your characters are placed on a square shaped game board, and every turn you roll the dice and move that many spaces, much like Monopoly. Different events take place depending on what space you land on. Land on an enemy or neutral minion, and you’ll fight it. Land on a treasure, and you’ll pick it up. Making a lap around the spaces gets you a reward of gold, which you can then use to purchase minions and skills from shop spaces.

A further level of variance is added through “decks” that each player has access to. These decks include the aforementioned spells and skills, and they are played by spending AP, a resource that recharges every turn and builds over the course of the game. However, the spell cards you have access to are randomly drawn from your deck, and you have to spend money to draw more.

All of this variance put together makes it hard to formulate any sort of strategy. You may want to buff your hero in order to attack the opponent directly, but if you never land on the same space the opponent is occupying all your buffs are for naught. You may want to litter the board with minions but if you don’t land on empty spaces then you can never summon them. Spells, in particular, are incredibly powerful, as many can target the opponent from across the board every single turn just by spending AP.

In short, Dicetiny has all the worst parts of Monopoly, in that the dice pretty much decide who is going to win or lose. However, if you can accept that what you are doing is watching a variance engine play out, you can have quite a bit of fun with Dicetiny. The game is full of pop culture references to things like Lord of the Rings, Terminator, and even Street Fighter. Spammable skills and spells feel good to use, even if they don’t really affect the outcome of the game much. Particularly hilarious victories, like stacking 20 temporary buffs to allow your character to one-hit kill the opponent on the off chance you actually land on him, make you laugh out loud at just how hilariously random the game can be. It’s cute, funny, and easy to get into, which is more than can be said for a lot of other digital board games. 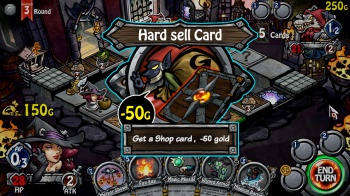 If you are looking for some strategy, then most of what you will be doing is variance management through the use of character specific cards. The thief, for example, has a card that summons minions to every empty space on the board, and stacking your deck with these cards makes it more likely that you will attack the opponent every time he moves. Spending your cash on AP bonuses allow you to attack the opponent directly more often. But even the most well thought out deck can be defeated by a series of lucky rolls. For example, in one game the opponent continually landed on stat-up spaces again and again and again and by the time a few turns had passed, nothing in my repertoire could put a dent in him.

Finally, it’s worth mentioning that the A.I. in Dicetiny is pretty dumb. In fact, it’s the main reason why you win battles at all. At one point you take on a witch that has a ton of direct damage, but she routinely fires it at empty spaces and neutral minions. If she just aimed it all at your face, you would easily be dead in a matter of minutes. Similarly, when you defeat her and get the ability to play as her, she makes much of the rest of the game feel like easy mode.

I wouldn’t say that Dicetiny is bad, or simple, or even poorly designed. Rather, I’d say that Dicetiny has so many things going on at once, that it’s hard for a player to extract the core “game” from it. Fakedice could change a lot of things to make the game just a bit more strategic, including increasing the “cards per deck” limit, giving each character a larger range of skills, including more skills that can alter the dice, fiddling with the balance, and so on. But for now, it’s just a simple little digital board game whose greatest strength is its humor. With a little time and some more development, this could be an addicting and fun way to kill some time on the bus.

To check out Dicetiny, or support its development by purchasing, head on over to it’s official Steam Early Access page.