The problem I’ve always had with the Dishonored series is that it falls deep into the Uncanny Valley and couldn’t get out with spelunking equipment. Part of its the animation, but that’s not an insurmountable problem – it’s the spiritual successor to Thief, after all, which felt about a hundred times livelier and less awkward despite the characters being one step up from cardboard cutouts. So most of the problem is the voice acting. There’s just no oomph to it. 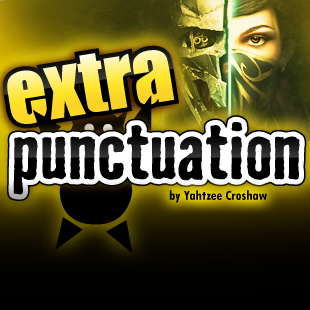 In Dishonored 1 I put that down to the hiring of Hollywood film actors like Susan Sarandon and Brad Dourif to do the voices, which really is a very illogical thing to splash out for in a video game, since most people would have no idea who the celebrities were from the sound of their voices alone. They don’t draw an audience like they would in a film, and voice acting is whole different set of skills to visual acting, so doing the one doesn’t necessarily qualify an actor for the other.

Actors who actually ‘act,’ that is to say, put on the persona of the character to the point that they’re virtually unrecognisable from role to role, are more the exception than the rule in films. Gary Oldman, sure, but for the most part actors are hired to be themselves. No-one gives a shit about the specific character Chris Pratt is supposed to be playing (Quick quiz – without looking it up, how many of you can name Chris Pratt’s character in Jurassic World?), audiences just want to see hunky Chris Pratt doing his cheeky thing. Meanwhile, voice actors have to mold their performances to suit each role.

So as I say, I assumed Dishonored‘s problem was going for big names over actual voice acting skill. But then Dishonored 2 comes out with none other than Stephen Russell voicing one of the main characters, and he still delivers every line like he’s trying to talk a slug down from his window box. So obviously something’s going wrong with either the script or the direction, probably a bit of both.

Stephen Russell was one of the few actual actors hired to do voices for the classic Looking Glass games of old. His performances really stand out in System Shock 2 since the majority of the characters in that game were voiced by whatever programmers and pizza delivery boys were hanging around the office that day. I looked it up as I was writing this, actually, and while I knew he voiced Captain Diego, I had no idea he also voiced the ship’s computer, XERXES, which I suppose proves my point about indistinguishable performances.

But of course it was Stephen Russell’s performance as Garrett in the first three (by which we of course mean only three) Thief games that he was best known for. Which is curious, because as with SS2 he voiced several other characters, some with more impressively elaborate voice performances. Such as the villain of Thief 2, Karras, for which he put on his best Droopy impression, and the ever delightful “Drunk Idiot Guard” who became a fan favourite after being reduced to tears by the mistreatment of a rug.

I can’t help thinking that bringing Stephen Russell back on for Dishonored 2 to do a similar voice for Corvo was misguided.

In comparison, Garrett’s voice is fairly mundane. He’s a smooth-voiced motherfucker with a practical if cynical attitude who sounds like he’s gotten a bit too used to only hearing his own voice. But it’s the subtlety in the performance that makes it appealing. Thief is by nature a lonely, atmospheric game, that one might easily find oppressive, but there’s something companionable about Garrett’s confident sarcasm, especially the way it sounds like his mouth was very close to the microphone. His voice alone almost totally flips the dynamic around, making you feel like a dangerous prowler of the shadows rather than a scared creature hiding from the guards.

The point is, it’s solid. But I can’t help thinking that bringing Stephen Russell back on for Dishonored 2 to do a similar voice for Corvo was misguided. It’s stunt casting, really, probably designed to win over Thief fans who were let down by the new Thief kicking Stephen Russell to the curb for want of a generic broody protagonist with the charisma of a secret dog turd behind the couch. Maybe it was a slightly cynical move to sucker in the nostalgia crowd, especially since the voice can’t magically make the writing good or the direction competent and the end result was still a flat character with no immediate personality.

But it wasn’t just cynical, it was also slightly foolish of Bethesda. Because the first thing a move like this is going to do is invite comparison. Now, Dishonored is a stealth-focused first-person game set in a science-fantasy electropunk city exploring themes of class divide and nature versus fanatical technocracy and where the protagonist is a shady outsider on the run from the law, so perhaps the comparison to Thief is inevitable, but that doesn’t mean you have to completely lie down to it. It’s generally accepted that Dishonored is a spiritual successor to Thief, far more than the actual Thief reboot was, but it’s not always a benefit to be so closely attached to something so fondly remembered, as you’re always going to fall short. And hiring the main actor from the thing you’re attached to smacks of entirely giving up on having your own identity.

If Arkane are hanging around here looking for advice – and why on earth wouldn’t they be – then the first tip I would offer is this: random conversations between guards don’t always have to be completely relevant to the player’s goals. They don’t always have to be banging on about what a huge dick the current assassination target is and where they could be found this time of night. It’s the completely irrelevant conversations about spoiled carpets or how the bank they’re currently guarding could possibly turn a profit that makes a world feel authentic.

That’s the first step, anyway. In the meantime, players, I also noticed that you can enjoy Dishonored‘s dialogue more if you assume that every single character is being sarcastic. Makes a bit more sense, too, when you fall off a ledge and clatter noisily to the floor in a pile of boxes and broken bottles, and a guard across the room dryly states “I wonder if there’s someone over there.”