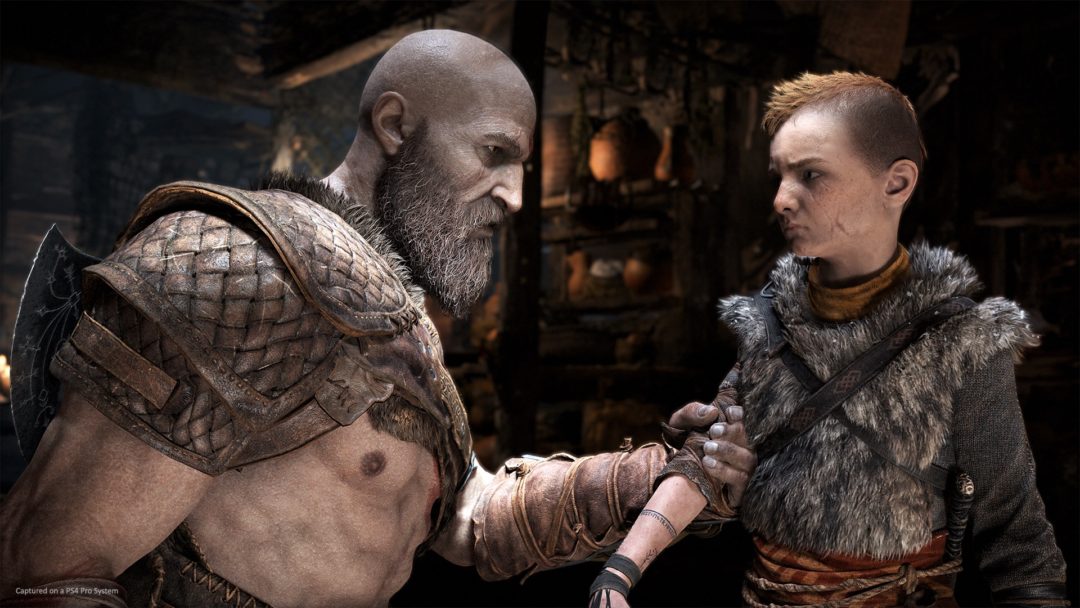 Last year’s God of War reboot was my favorite game of 2018. Kratos’ adventure meaningfully explored parenthood, evolved the series signature combat and exploration into something wholly new, and introduced us to a colorful version of the Norse mythological pantheon. God of War also resonated with me on a personal level, to the point where I’m wondering when the next installment will release and how the eventual sequel will continue the epic.

I got a taste of that future this week, when Sony Santa Monica possibly teased where the God of War follow up is heading. For God of War’s first anniversary, the studio released a nifty Playstation 4 background theme featuring Kratos and his son Atreus on a boat, but as a Reddit post pointed out, there is more to the image than what it seems. Small Nordic runes are etched on the boat’s side and when altering the size and lighting of the image, the runes can be seen visibly. In English, the markings translate to: “Ragnarok is coming.”

Admittedly, this isn’t much of a reveal. Ragnarok, the Norse apocalypse, was discussed in God of War. So not much of a spoiler there. However, this does prove that Sony Santa Monica and director Cory Barlog are already thinking of the next God of War game and which means I’m allowed to ponder what is up next for Kratos and Atreus.

I want the next God of War to keep taking risks, to capitalize on its status as a critical darling. Sony Santa Monica has the mindshare capital to make  bold decisions on where to take Kratos both narratively and interactively. Where the previous God of War sequels played it safe in the mid-2000s, the first sequel to the new God of War can and should be more than just a polished version of the last game. Typical sequel updates like new enemies and a bigger hub world are welcome, but I want to see Sony Santa Monica to further expand what a God of War game can be, just like they did in 2018’s game. Whether it be an RTS style of ally system or further embracing new RPG elements, the next God of War should fully commit to some new ideas.

Story wise, the game should still tow the line between tragedy and joy. With God of War, we always expect Kratos to endure unspeakable events and commit atrocities, yet the newest game was a success because Kratos finally found some semblance of peace and even happiness. The new game needs to balance the depressing tone of the franchise while developing those glimmers of hope.

Sony Santa Monica can take as many artistic liberties as it likes in terms of action. The God of War reboot was a success because it didn’t adhere to the franchises’ gameplay formula, but when it comes to the overall tone, themes, and feel of the game, it still stayed true to the series. Hopefully, God of War 5 will do the same.