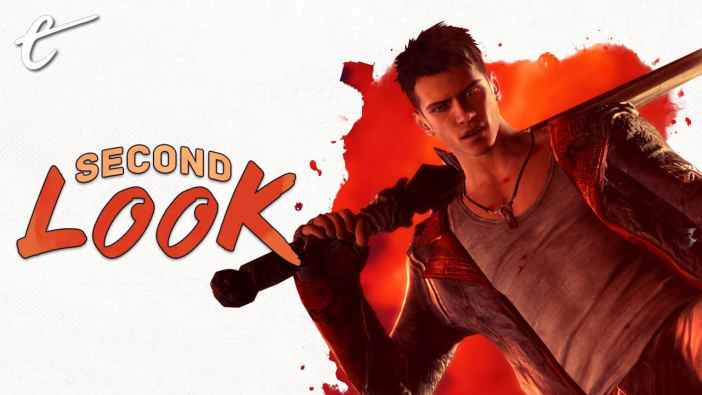 Man, remember 2013? It feels like a lifetime ago. In many ways, the world as we knew it was bonkers, but nowhere near the heightened intensity of 2020. What we once found to be absurd, edgy, or just absolutely ridiculous has often manifested as reality. To paraphrase how Lindsay Ellis put it in her video on Borat: Subsequent Moviefilm — the state of the world has oddly benefited some pieces of media. In no game is that more obvious than Ninja Theory’s DmC: Devil May Cry.

At the time, most critics agreed that while its themes and gameplay were in the right place, the story sounded like edgelord nonsense: nations under the thumb of comically self-serving rulers, total manipulation of the news cycle, the very necessities of life like food and water becoming a danger to us, a constant state of paranoia where it feels as though nothing makes sense. DmC: Devil May Cry might still be a very gothy, punkish, screamo song in video game form rather than a playable, eloquent essay on societal decline. Nonetheless, you can’t deny that, with the benefit of hindsight, the points it makes are oddly more relevant than ever.

A toxic energy drink built from a suspect source slowly slackens and lobotomizes consumers into mindless cattle. A corrupt news anchor proudly declares, “Just doin’ God’s work!” and spouts jingoistic nothings that dog whistle patriotism only to further spread fear and paranoia. Presidents, queens, and businessmen are all indebted to a disgustingly heinous man who could destroy each of them with just a text message. A disaffected Millennial protagonist spends most of his life trying to numb himself to the existential exhaustion of the world’s cruelty. Dante can see everything wrong with it, but choosing to care is something approached with hesitance, lest it all fall apart around him and get even worse. 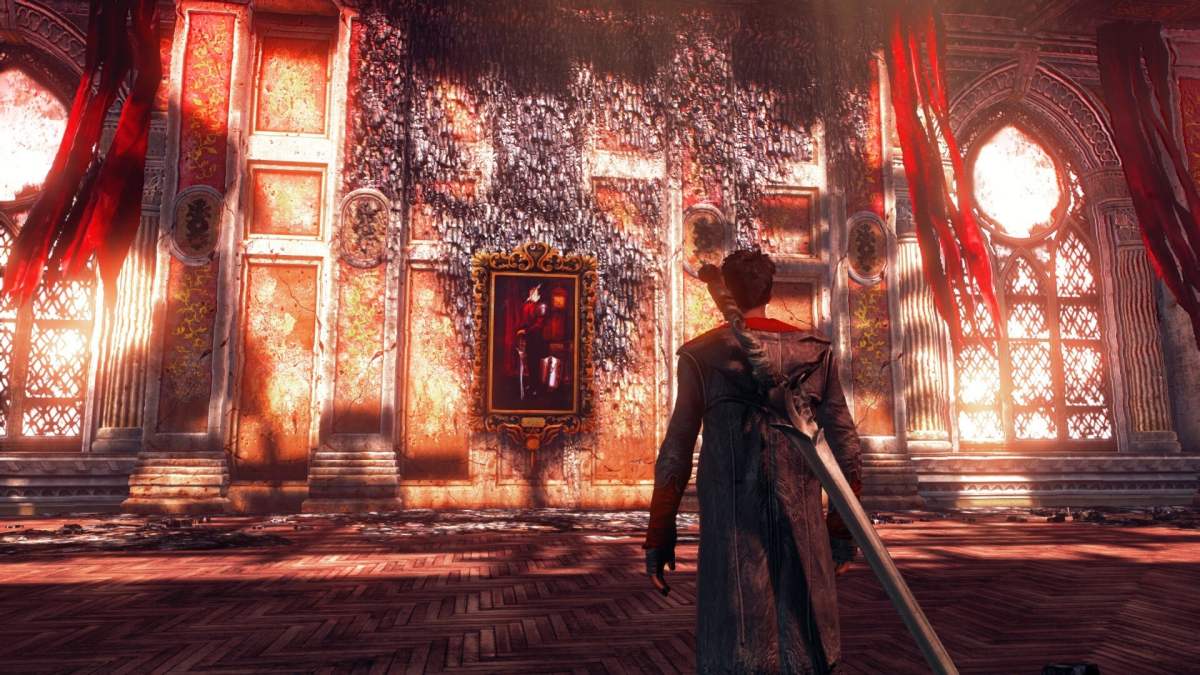 I guess Ninja Theory’s little spin-off got the last laugh after all. Yay?

Granted, I know DmC: Devil May Cry isn’t the game a lot of fans actually wanted. Ninja Theory received the project with the understanding that Capcom wanted something different that might hook new players not interested in convoluted lore or gameplay that instantly punched you in the face. And you know what? They were right to make that call.

DmC: Devil May Cry is a joyfully over-the-top game with some of the most gorgeous art direction in years. Just look at these screenshots and try to convince me that that isn’t some of the most gorgeous abstract environmental art. And then there’s the superb music by Combichrist, backed by bone crunching sound design, weaving together to make bashing demons an absolute delight. The angel and demon triggers likewise add a ton of gameplay variety, allowing players to free-flow through countless moves without having to memorize combos like it’s Street Fighter.

The score and item systems keep you trying harder on each revisit of a particular level. There are great secret arenas to find along the way with valuable rewards that make them worth tracking down. Every boss stage feels spectacular, with sweeping encounters as the very city you fight through is twisted against you like a weaponized Salvadore Dali painting. 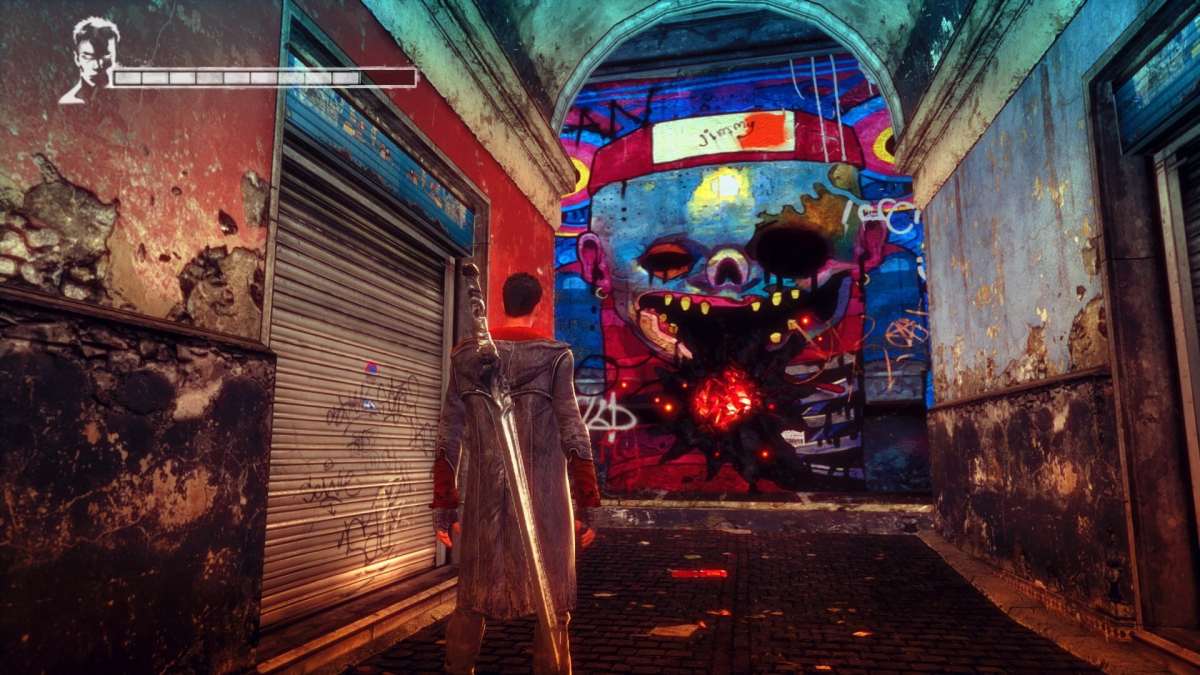 I can’t think of the last game I’ve looked at on this column that feels this modern and slick despite being nearly a decade old. Other than some low-poly assets in the background, turning DmC: Devil May Cry up to Ultra feels like loading up an early 8th gen game. I’m not one to get swept away by presentation, but DmC earns it with just the timing of every animation, let alone the fluidity and ease of player response to anything on screen. Ninja Theory’s games often lean more forgiving than this, yet because of how naturally you can respond to threats, it doesn’t feel unfair when it cranks up the difficulty. Stages are also spaced out in such a manner that right when most beginners would be on their last shred of health, they get a free refill when the next stage loads.

Standing out amid Westernization flops, DmC: Devil May Cry is without a doubt one of the most satisfying games I’ve ever played, and it’s the only reason I bought the HD collection of the original trilogy. Which is the point. It’s a game that exists to not only stretch the franchise’s wings, but to intrigue those who otherwise might not have been sold on it. It didn’t taint anything, it didn’t destroy the franchise, and its experimentation even helped guide the real Devil May Cry 5 for the original series fans. Neither the series nor the fanbase lost out due to DmC: Devil May Cry’s existence. 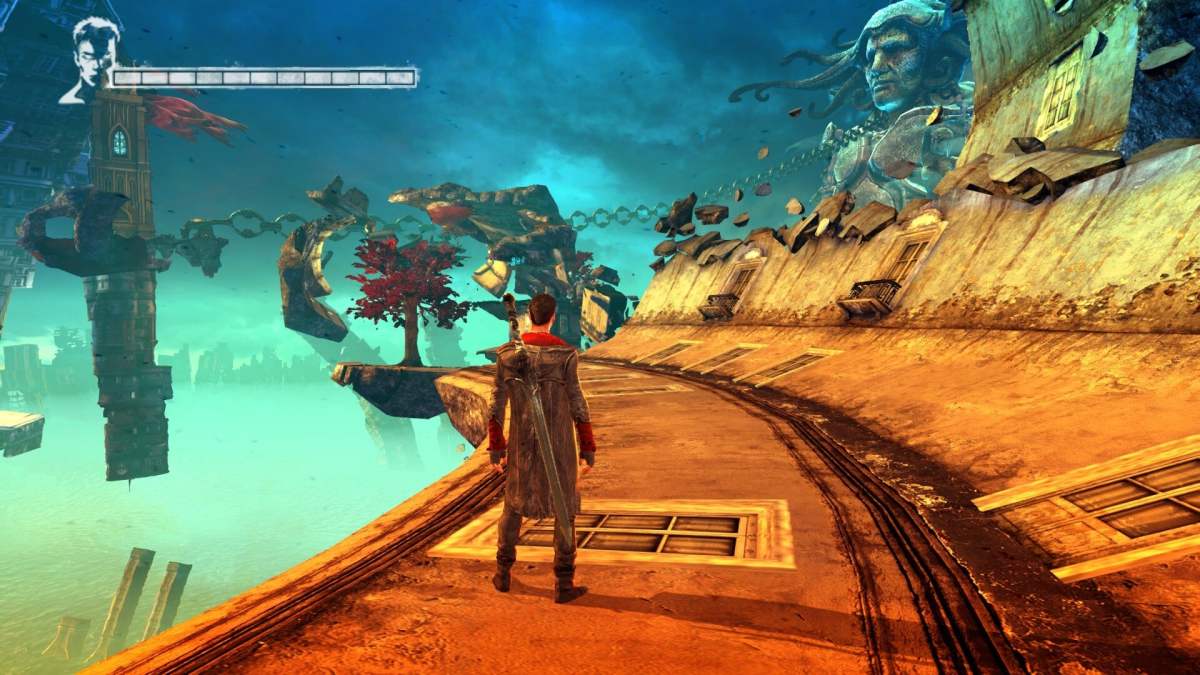 I know I’m beating the dead three-headed demon horse here, but it warrants saying that my gosh did DmC have one of the roughest fanbase receptions I’ve ever seen. And in many respects, that too is sadly a very timely aspect of its history. The sheer, unrelenting hatred towards it for simply being different was never okay.

Disliking some things is natural. I have things that I can’t stand to watch / play / read. I don’t start campaigns to have them erased or rewritten, but if DmC released this year, it probably would’ve received plenty of that and death threats and all manner of unhealthy things.

Devil May Cry as a series is not high art. It can be utterly jaw-dropping, dazzling you with all manner of crass humor and goofiness amid metaphysical melodrama. No question is it truly one of the most remarkable, impressively enduring franchises in an industry that’s chewed out arguably far more mass-marketable series over the years. Yet nothing about this reboot warranted the staggering, unhealthy rage that all of us bore witness to in 2013 — and have been reminded of repeatedly for years since. Especially because — again — it holds up surprisingly well. 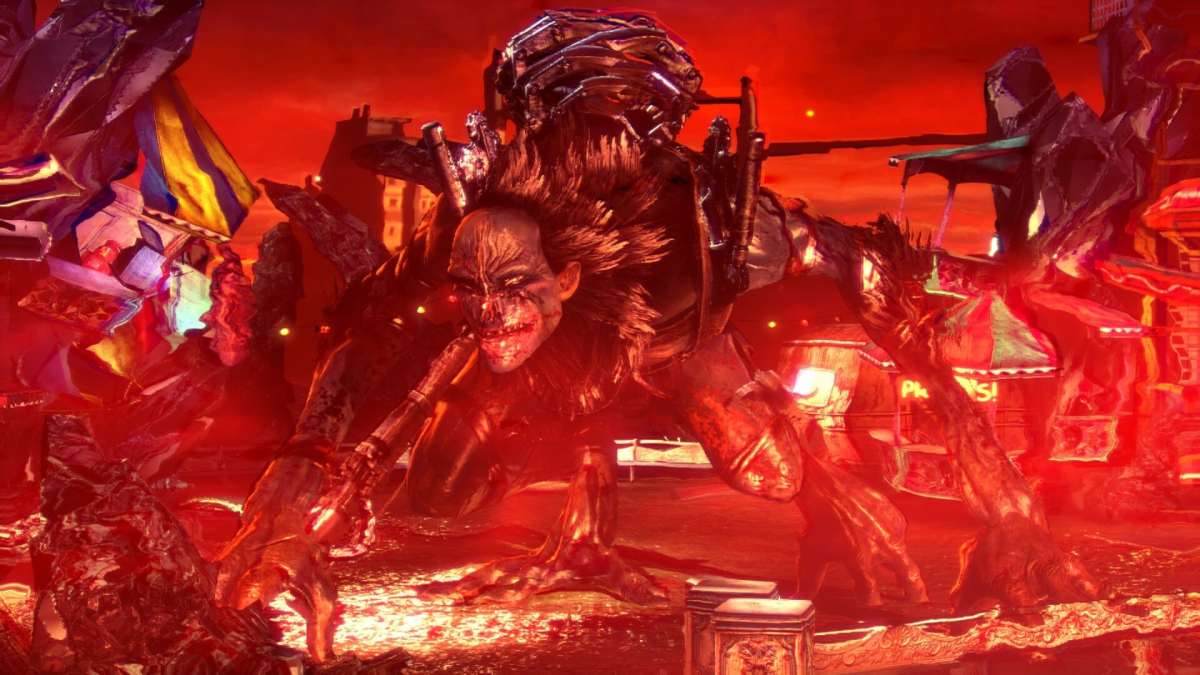 The only thing that’s changed for DmC: Devil May Cry is that this punk rock ballad of a game ended up more topical than anyone could’ve predicted, all while still holding close to series tradition. It can be clever one moment, then be stupifyingly dumb in the next breath, but that only adds to the experience. The exchanges among Dante, his handful of allies, and the demons he slays all sound like actual conversations you’d hear on the internet, especially among punk and goth groups. Nothing is out of place; it’s just as excessive, random, and prone to absurdism as its core inspirations. Love it or hate it, DmC: Devil May Cry has a place in the gaming canon and, in some ways, warrants its existence now more than ever.

Next week though, we’re gonna change things up a notch. I hear there’s this really fancy “cyberpunk” game that’s super relevant too, and everyone has opinions on it. At least, I think that’s what this one is. We’ll find out, won’t we?