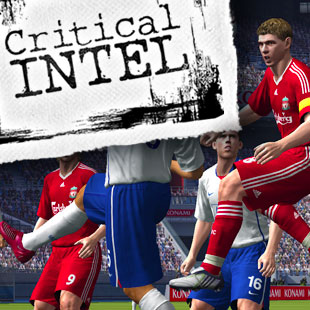 It’s a common refrain you hear on gaming forums. They’re too wedded to reality. They don’t have any narrative structure. It’s impossible to enjoy them unless you’re a dedicated sports fan.

But I don’t think any of that’s really the case. Sports games may not have traditional narratives with cutscenes and narration, but they do make excellent use of emerging narrative and incorporate many of the reasons we love watching sports in the first place – but often these don’t come from the screen, but the person holding the controller.

Strictly speaking? No. Sports games have a huge fanbase and remain popular. Madden NFL alone has been a best seller for twenty-five years.

Let me repeat that: Madden NFL has been profitable for a quarter century.

So call me a little suspicious when I hear gamers complain about how sports games are rip-offs, or don’t change from year to year. Sports games are no more formulaic than Call of Duty or Halo, any careful observation will note that they do add new features between titles.

I’ve suspected for a long time that the aversion core gamers – myself included – show toward sports games has less to do with the games themselves, and more to do with the supposed “nerdiness” of the gamer community. Let’s face it – we’ve long characterized this community as a nerd minority, somewhere a so-called “jock” thing like sports doesn’t belong. But this breaks down quickly when you scrutinize it. Many nerds are sports fans, and vice-versa. For a small sample set, consider the Escapist crew: MovieBob’s a New England Patriots fan. Kyle Martinak wore a Vancouver Canucks jersey on a recent No Right Answer episode. Greg Tito once hosted an excellent PAX panel called Dorks vs. Sports that explored the crossover geekdom and sports fandom.

But that’s where I start to run into an issue – though many gamers also follow sports, it seems that many have no interest in sports games. So while it’s true that sports games might not be broken, I sometimes wonder whether sports games could create a broader appeal by telling a story.

Sports Are All About Narrative

In my opinion, part of the reason sports games don’t have a wider appeal is that they’re missing something actual sports has – narrative drama. People don’t watch sports only for the games. Sure, there are people that spend their time crunching stats and calculating averages, but most people watch sports for the human element. We want the aging veteran trying to win his last Super Bowl. It excites us seeing a rookie out to prove herself. It puts on the edge of our seats when injured gymnast who has to stick the landing on one foot. Sports are real-time drama, but only because we care about what happens off the field. Name the best sports movies of all time: Slap Shot. Bend it Like Beckham. Moneyball. In these movies, the drama doesn’t come from the game itself, instead, outside forces and stories infuse the play with meaning. Winning and losing has consequences in these films, there are stakes that impact people.

This is true in actual sports as well. Take the 2004 World Series for instance. It had the largest audience since 1995, and that had nothing to do with the game itself. Twenty-five million people tuned in because the Boston Red Sox had a chance to win their first World Series title since 1918. Fans and non-fans watched alike. Who could resist seeing underdogs come back to glory? That’s a story people can get behind -baseball’s just baseball, but redemption’s universal.

Sports games, however, are missing this context. They fail to draw in potential players that don’t have a strong connection to a team or athlete. There’s no narrative element to help us respond to the game on anything but a visceral and intellectual level. 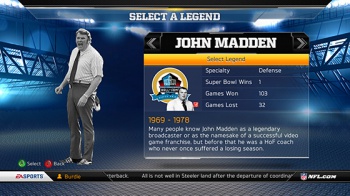 Sports games may not have the traditional narratives that we associate with games, but they do make deft use of emerging narrative – a term that critics fawn over when it’s applied to Far Cry 3, but never recognize in Madden.

When your star player gets injured and your offensive line struggles, that’s emerging narrative. Every time you take a stunning loss in Fight Night‘s career mode, then retrain and come back to KO the same boxer, that’s a story driven entirely by gameplay and player input. Weather effects can roll in and amp up the drama in a rough fourth quarter. The player can lose his prime draft pick and end up facing off against the athlete he hoped to recruit. These are every bit as sophisticated and effective storytelling tools as Far Cry 3‘s wandering predators – and in both cases, the player forms the narrative internally as actions and reactions occur onscreen. So while it’s true sports games don’t have a set story arc, emerging narratives do occur on a game-by-game basis, and especially when you play a whole season or career mode – but they’re largely internalized by the player.

Sports aren’t merely games, it’s where society plays out its insecurities and invests pent-up energy. Consider the ago-old tradition of sports rivalries, for example. Though the average fan might not realize it, rivalries often capitalize on wider societal tensions that the teams represent. When you’re seeing the University of Texas defensive line colliding with the Texas A&M offense, you’re watching class warfare. Traditionally, UT was the older white-collar research and humanities university, while A&M was a blue-collar agricultural and military college. (That’s not true anymore – A&M is an excellent research school and has a hell of a sci-fi archive.) Jokes between the two cast UT Longhorn “teasips” as elitist and out-of-touch, and A&M Aggies as country bumpkins. While rivalries take place on the field, the energy that fuels them comes from larger societal conflicts. These conflicts can be political (England-Argentina, in the wake of the Falklands War), racial (fan violence in Eastern Europe) or even religious (the Utah vs. BYU “Holy War”). I recently attended a Muay Thai match in Bangkok. The fight happened two days before a mass-protest was scheduled to shut down the city – a confrontation that’s still going on, and has led to several deaths. During the match, you could feel the heightened tension in the room. The city was spoiling for a fight.

If you want a current example, consider this year’s Super Bowl. What does pot legalization have to do with football? Nothing. But that doesn’t stop anyone from pointing out that both states playing have legalized recreational marijuana.

Sports allow a society to diffuse this energy in a safe space, for there to be a confrontation without anyone being seriously injured. (Though these same tensions can boil over into riots or fan violence.) Again, this is something that sports games lack, since without an audience games become less of a communal experience. Indeed, unless you’re especially invested in the history of a particular rivalry, social factors don’t have the same sway. 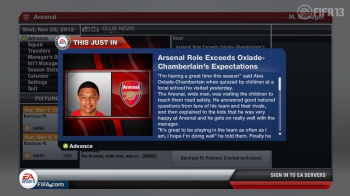 There is, of course, the possibility that these social factors are at work in sports games, but that they’re personal rather than societal. Ask anyone that plays FIFA or Fight Night what they enjoy about these games, and they’ll all say a variation on the same thing: playing and trash-talking with my friends.

And that’s the key. While there may not be social factors – riots, politics and class rivalry – inherent in the game itself, it’s undeniable that players bring these forces into the game simply by playing it. Just like societies act out their tensions while watching sports, we engage our personal dramas by playing sports games together. Consider two friends playing a particularly fierce game of Madden. Friendly competition? Perhaps. Or maybe they’ve got a crush on the same girl. Maybe they’re work colleagues, and one just got promoted. Or perhaps they split a lopsided check at lunch, and one feels like he got a raw deal. Any one of those factors could lend fuel to what on the surface is a friendly game, but in this case is a coping mechanism to work out personal friction.

Here’s a personal example. When I was in college, my friend Ben had a roommate we’ll call Cal. We were, to put it mildly, not fond of Cal. Every time we went out, Cal invited himself along. Though he came from money, he’d bum drinks off people and never pay them back. Other times, he’d wander in stoned and launch into creepy rants about how a girl’s race predisposed her to certain sexual predilections.

For all I know, Cal was just going through a phase. Maybe changed later in life. But when we knew him, Cal was a pretty horrible person.

By mid-semester, Ben was actively trying to get rid of him. When Cal finally moved out, his replacement turned out to be a raging alcoholic who’d occasionally throw furniture and urinate in the closet. We considered this an improvement.

Nobody liked Cal – except when we played Fight Night: Round 2. Cal liked videogames, and we relished beating the bejesus out of Cal. As a result, weekly Fight Night matches became our release valve. Our house rule was that winner gave up the controller, reasoning that this gave the loser more practice, but that was a lie. In reality, we wanted to take turns putting Cal on the canvas. The fact that he was a sore loser made each knockout more delicious.

Cruel? A bit. Juvenile too – but in our defense, 21 year-olds are just shy of being juveniles. And I’d argue that those weekly Fight Night beatings are what kept us from actually throwing a haymaker Cal’s way. It was our version of a sports rivalry, with all the drama and tension that entails. Like real sports, the game didn’t cause our rivalry, but it provided us a safe space to slug it out.

And that’s the thing – just like sports itself, the way you perceive the game is heavily colored by what you as an audience member bring to the experience. So while sports games might have a hard time catching on with gamers who have little interest in the flesh-and-blood version, they can be a well-rounded storytelling experience for those with more background in the world.

Like so many things in life, including sports themselves, what you get out of sports games depends on what you put in.