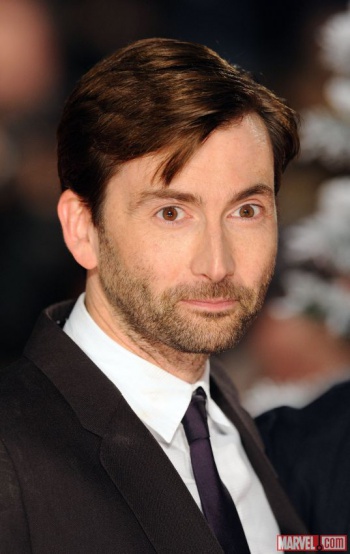 David Tennant, best know for his performance as the Tenth Doctor, will be a major villain in Marvel Studios’ A.K.A. Jessica Jones.

With the Third Phase of the Marvel Cinematic Universe almost underway, it’s no surprise to see a host of new casting announcements. Between the prospect of Vin Diesel being an Inhuman to the reveal that Mike Colter is Luke Cage, audiences have a lot to be excited about for the upcoming movies and Netflix specials. But Doctor Who fans should take special notice: David Tennant has been cast as Zebediah Kilgrave in Marvel’s A.K.A. Jessica Jones.

“I’m so honored and excited by the prospect of David inhabiting this multifaceted character,” Jessica Jones executive producer Melissa Rosenberg said. “He can deliver the most heart-wrenching moment to the driest of lines, and all points in between. He’ll make Kilgrave a truly original villain.”

That’s right, unlike his role as the Doctor, Tennant’s Kilgrave will add a significant villainous presence to the MCU. In the comics, Kilgrave was a spy exposed to chemicals which turned his skin purple and let him control anyone’s free will. Taking the nickname “Purple Man”, Kilgrave became a supervillain and fought heroes throughout the Marvel Universe. Kilgrave was also was a major character in the Alias comic series, which A.K.A. Jessica Jones is based on. Without giving too much away: Kilgrave is the reason Jessica is an ex-superhero instead of a major player alongside the Avengers.

“Anyone familiar with David’s work knows he brings an incredible level of dedication to any role he inhabits, a level we knew we would need from the man playing Kilgrave,” Marvel’s head of television Jeph Loeb explained. “While most know him for his roles as a hero, we can’t wait to unleash a whole new side of this talented actor.”