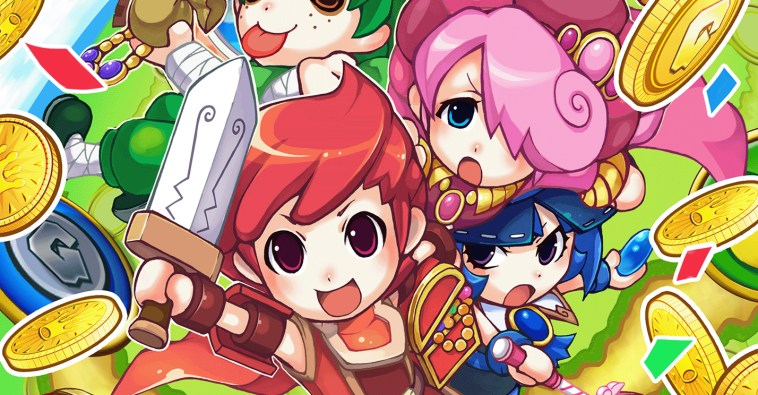 When it was confirmed that Dokapon Kingdom: Connect will be getting a Western release on Nintendo Switch this spring, I was among the literal dozens of people who cared. But man oh man, did we really care, because we were in on the secret that Dokapon Kingdom is the kind of multiplayer madness that can obliterate your friendships in a way that Mario Party could only dream of.

Now, if you’ve played even one round of Mario Party over the past few decades, you’ll know that Nintendo’s colorful minigame collection is just a front for a psy-op to make you hate your friends. Shelling out 50 coins for Boo to steal someone’s star, using a well-timed Warp Block to swap places with your pal, or going from first to last in the home stretch thanks to the random chaos of the post-game rewards is part of what’s made the series endure ever since the Nintendo 64. But imagine if, instead of a 90-minute board game match, Mario Party were a 30-hour JRPG where these kinds of shenanigans could throw a wrench in your progress across several play sessions, and that’s what Dokapon Kingdom is.

The upcoming game looks to be a remastered version of the original, which was released on PlayStation 2 and Wii back in 2008, but with some extra bells and whistles, including online play for up to four players. And it’s that last part that has me excited, considering how much fun we’ve had playing Mario Party Superstars on various Game Nights. 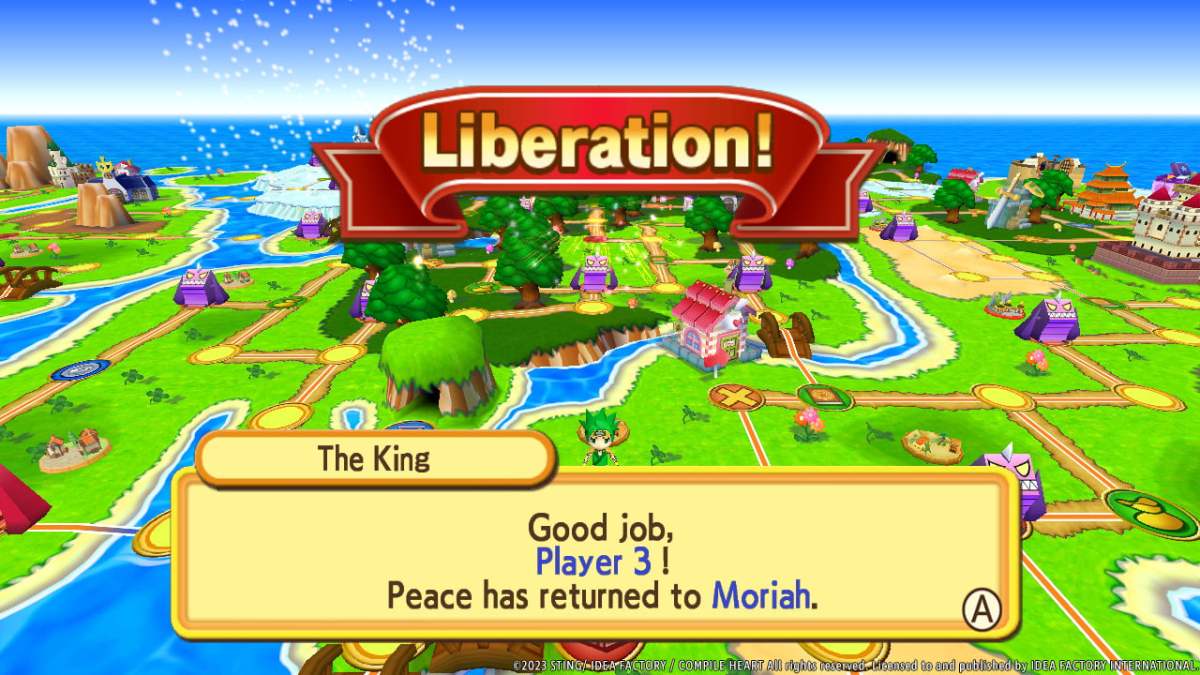 When you start a game off, you go through a simple character creation screen, complete with your custom heroes having that basic chibi look reminiscent of the Bravely Default games. You can select from one of three starting classes with unique abilities – a warrior with high strength, a thief that can steal items from another player if you pass them on the board, and a magician who can fire off multiple spells before their turn. As you level up, you unlock new classes to transform into, like item-duplicating alchemists and death-defying acrobats. The different classes cater to your play style, so figuring out just what that is during the game is part of the fun.

Instead of rolling dice, you spin a wheel to determine everything from how many spaces you move to which items you pull from chests. The board in Dokapon is an RPG world map filled with all the familiar tropes – rivers and forests, towns and castles, frozen tundras and subterranean dungeons. Different spaces represent the different kinds of things you’d expect to do in a traditional JRPG – some reward you with money or gear, others allow you to get new missions or rid towns from a monster infestation, and blank spaces toss you into an enemy encounter. Battles are simplistic and play out as basic rock-paper-scissor matches, which keeps the long matches moving at a brisk pace.

The basic structure of the story mode is that the money-obsessed king is offering his daughter’s hand in marriage (not a great father) to whichever adventurer brings him the most cash. You earn said cash by defeating monsters, liberating towns, exploring dungeons, and completing missions. Strategy comes in deciding whether to save your money or spend it in hopes of growing your character and ideally recouping that cost and more. You can also attempt to bribe the king, if that’s the kind of hero you want to be. 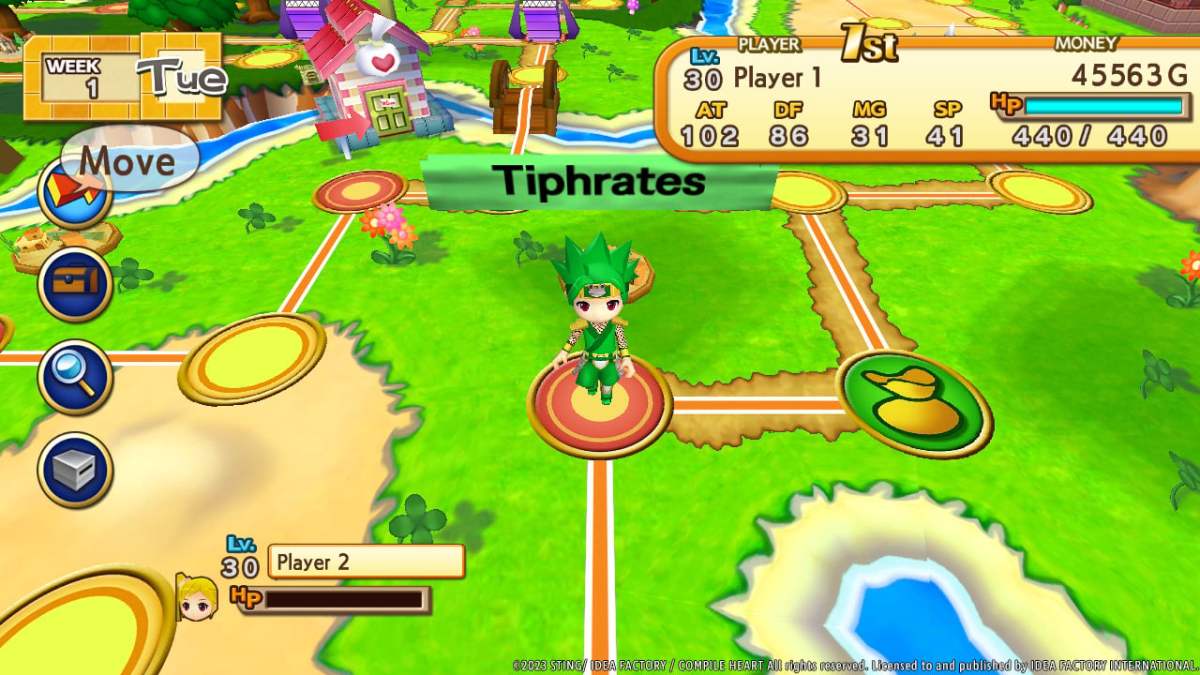 There’s a higher learning curve and more strategy than you’ll find in a standard Mario Party game, but with the same penchant for random chaos that can throw a curveball at even the best laid plans. For instance, you might land on a spot where you can pay a bunch of money to hire a robot assassin to go kill another player. However, if that player has enough cash to offer double what you paid, they can convince the robot to pull a 180 and start hunting you instead. These kinds of events occur all the time in Dokapon and helped create so many memorable moments, even when I was on the receiving end of its madness.

While you can play short matches that only last an hour, in addition to going at it solo against an AI opponent, the real meat and potatoes in Dokapon is in doing a full-fledged story campaign with four human players. These can last dozens of hours over the course of as many play sessions as you need, which lends the game a feeling of a massive board game that takes several nights to complete, and where you keep the board set up between those nights.

The original Dokapon Kingdom was released at a weird time back in 2008. It was so late in the PS2’s life that the PlayStation 3 / Xbox 360 generation was already in full force. And it was released on a monumentally successful Wii console that was inundated with so much shovelware, making it hard to find the quality needles in the haystack. That’s why I’m hoping that this upcoming Switch remaster allows this hidden gem to find a new audience of friend groups ready to be absolutely ripped to shreds.