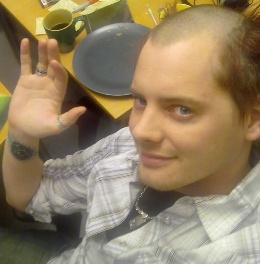 In a world of MMOG clones, Lockpick Entertainment’s Dreamlords is a curious standout, an MMOG-RTS hybrid. Players use the game’s website to build their fledgling empires, then log into a fully-fledged 3-D engine to fight monsters and other players with the armies they’ve assembled. In this interview, we talked with Jon Selin, Lead Designer of Dreamlords, to talk about the unique design choices he made when putting together the game.

The Escapist: Who are we talking to? What do you do for Lockpick/Dreamlords?

Jon Selin: My name is Jon Selin, and I’m the Lead Designer of Dreamlords. I am one of the founders of the studio but nowadays, luckily, I can let others handle the board meetings and the other business stuff. That way I can spend my time designing or doing other fun stuff, like interviews for example. Something I seem to be spending a lot of time on currently is staying up to date with the players’ likes and dislikes. Paying close attention to the community is essential to us since working on an MMOG is more like supplying a service than selling a product; the game is in a state of constant development and fine-tuning. One great thing about working on a game for a small, independent company is that you can be exceptionally close to the community without having someone getting all nervous about what you can and cannot say. It makes it easier if you’re a blabbermouth like me. But in all honesty, what I spend most of my time doing is balancing different aspects of the game. Dreamlords is fairly advanced, and when you add the MMOG-factor to a strategy game it easily gets out of hand. So yeah, the short version of it all is that I’m the resident Excel-monkey.

TE: Tell me about the game’s lore and back story. It seems like you went for a non-conventional story. What was the inspiration for it?

JS: It’s always hard to answer any question on the lines of “How did you come up with this?” What I think it comes down to in our case is that I and many others working on this project are sick to death of the run-of-the-mill fantasy setting. It’s very uninspiring to write about a world with elves, dwarves and orcs, and some renegade evil mastermind hell-bent on revenge and destruction. Basically, we had a lot of creative freedom when we made Dreamlords, and the task was to create an original fantasy world. Our back story is the product of a process similar to the ninja’s “flip out and kill people,” only substitute ninja with lead designer and “kill people” with write stuff: It’s just something we do. Inspiration works in mysterious ways; maybe one day when I’m older and wiser I will be able to say something profound on the matter.

TE: There have been very few RTSes with an MMOG component. What made you decide to go that route? What was the appeal of an RTS model? How well do you think you pulled it off?

JS: We looked into things like board games, strategy games and web-based empire management games and found that we felt that something was lacking. We wanted to make an intriguing civilization-builder type game but add a solid action element, as well. Real-time strategy fits right into what we needed, so for us it was a rather obvious route to take. From a design point of view it is fairly easy to have the empire management layer interacting with the RTS-layer. The buildings constructed, units trained and items crafted directly affects your proficiency when fighting in the RTS, and the outcomes of the battles influence the development on an empire level, as well as reward you with loot. Actually, the one thing that I’m looking forward to the most at the moment is to evolve the RTS part of the game to expand the player-vs.-player experience and add more variety to it. 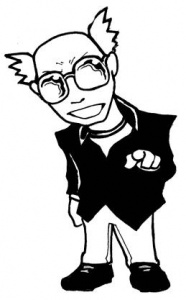 TE: Who would you say the audience is for Dreamlords? What kind of player would enjoy the game?

JS: Since Dreamlords contains a broad variety of features, it is a bit of a tricky question. We have empire management, crafting, monster slaying, player-vs.-player battles, trading, boss-fights, questing, etc. An educated guess is that if you enjoy a few of those features then the game may be for you. If I would be forced to pick just one category of players then I think that those who like to fiddle with long-term strategy and build their empire are those that will enjoy the game the most. One thing that we have spent quite some effort on is to make sure that Dreamlords caters both to hardcore and casual gamers. Unlike most MMOGs, you can contribute and be part of the action, even if you can’t play several hours a day. And on the other hand, if you want to dig in and play Dreamlords all day long, that is quite possible too. It’s all about assuming different strategies.

TE: Tell me about the game interface some. From what I understand, it uses a browser interface for some parts of it, and then an RTS game for other parts of it. How does it work?

JS: Basically, everything revolving around empire management is done in a browser-based interface. Here you build your cities, research technologies, train troops and trade, as well as many other things. Then, when you want to battle against other players, fight monsters or go on spirit quests, you use the client, which brings up the action RTS-style.

TE: Why split the game between the browser interface and the RTS? Was it a design decision, requirements of the software/hardware/etc.?

JS: It’s all about accessibility. The browser is playable completely without plug-ins, so you can access it from any computer with internet access without having to install anything. This means that you can check in on your land on a lunch break at work or at a friend’s house or wherever. We are constantly looking into ways to evolve both our interfaces in order to meet the needs of our players.

TE: How playable is the game if I just want to play with the web client or the RTS client? Is using both required, or can players with a very strong preference do well in one particular client?

JS: The game is open to very different strategies. What we have seen so far is that our players vary their gaming greatly, and many succeed very well with things that we considered being oddball strategies. I would say that you can shift almost all of your attention on either client as long as you maintain a minimal presence in the other.

TE: From what I’ve seen, Dreamlords just released a few days ago. How is it performing for you so far? Have you run into any unexpected problems or have the players surprised you in any way?

JS: The most surprising thing so far is that everything seems to be holding up just like it should. The servers are stable, and so far there haven’t been any outright exploits or unintended loopholes. The CEO ran through my office yesterday shouting something about 99 percent uptime during launch week. I’m still working on my bird-sign reading but I’m pretty sure that ecstatic CEOs are on the good side of the scale.

TE: You seem to be leaning on your community a lot (especially with the Wiki for documentation). Is there a reason you took that approach? How much of a role do you want the community playing in Dreamlords?

JS: We have a great respect for our community and for communities in general. In most games when you are searching for advanced information regarding something in the game you generally don’t go looking at the official site, but rather some specialized fan sites. We want to give the proper tools to our community to create a consolidated knowledge base. Having a Wiki is something that I look upon with enthusiastic optimism; it allows players to share their tips and tricks in an easy-to-use framework. Furthermore, a MMOG is only ever as good as its community, and we have been blessed with a very mature and easy-going one as far as communities goes.

TE: Tell me a bit about the gaming business scene in Sweden. I don’t know a whole lot about it. What kind of environment do you guys work in? Is it competitive, is everyone supportive, who are some of the major players, etc.?

JS: It’s a very exciting place to be developing games. There are a bunch of big names around, like Massive, DICE, Starbreeze, Avalanche. If you don’t recognize the names of the studios I think their games might ring a bell: Ground Control, World in Conflict, Battlefield, Chronicles of Riddick, The Darkness and Just Cause. Over in Norway we have Funcom with Age of Conan lingering around the corner and a bit further out in the ocean there’s the Icelandic CCP with their hit game EVE Online. We have the makers of Hitman over in Denmark and the creators of Max Payne a bit to the east in Finland. All in all, we are in good company and it’s a very friendly environment. We run into each other on various expos and conferences from time to time and talk about what we are working on and exchange experiences. But more often than not it’s just a great opportunity for the whole lot of us to get [drunk] together.