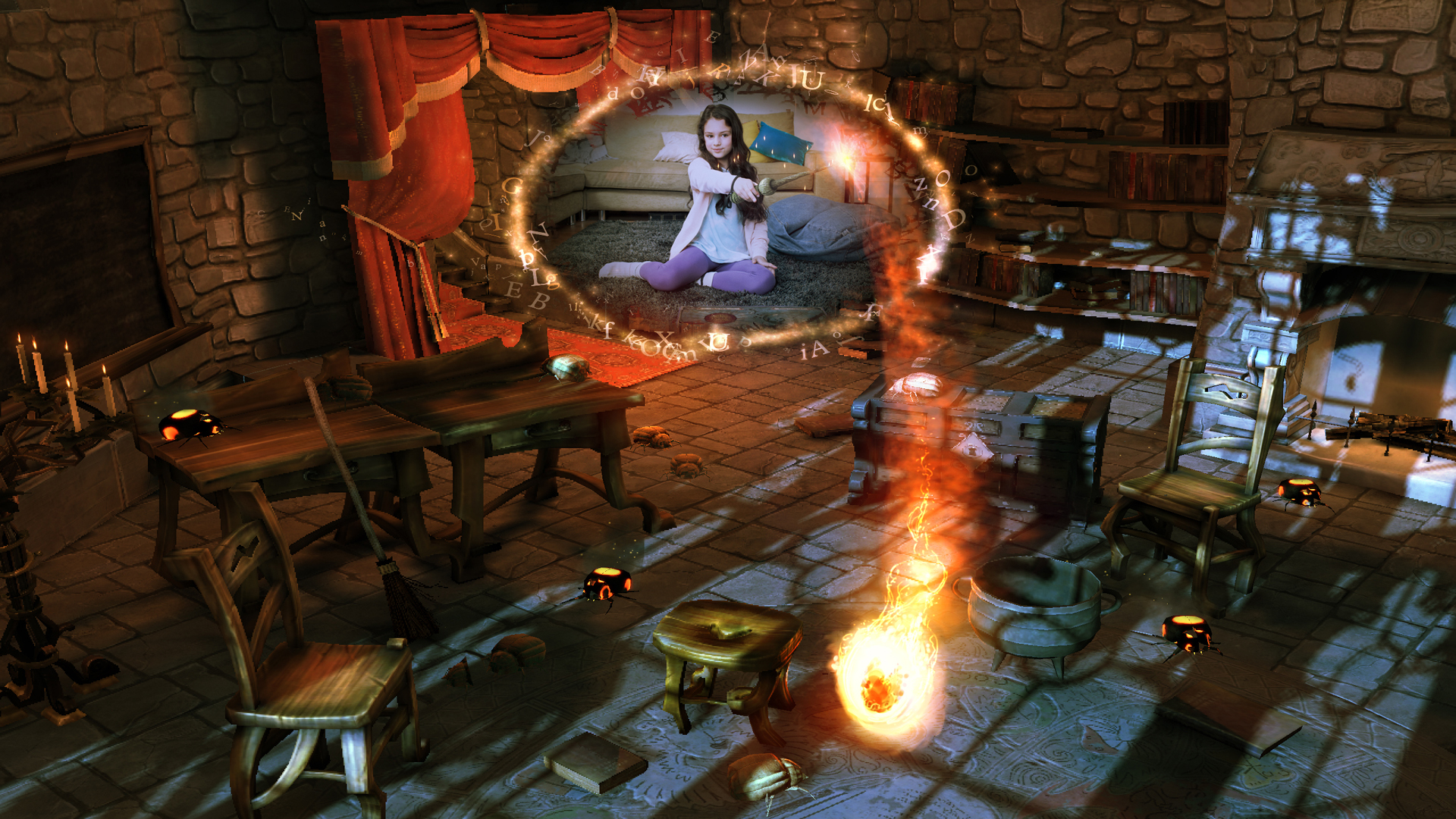 Here’s the thing: I’m a huge Harry Potter fan. During a recent trip to The Wizarding World of Harry Potter in Orlando, I bought a replica of Sirius Black’s wand, and I sometimes take it out of its display case and wave it around. I’ve been known to say “Accio cat!” when I want my cat to come snuggle with me. So when Wonderbook was announced at Sony’s E3 press conference, and I saw that the Move controller was suddenly a spell-casting wand, I was pretty intrigued.

Today I got a closer look at Book of Spells during a live demo. Sony wasn’t letting us get our hands on it, but I got a better idea of how it works. It’s not quite a book, not quite a game, but something in between, and the interactivity includes more than just waving a controller around to make lines and shapes. You can learn 20 spells across five chapters, with tests and trials coming up along the way to see what you’ve learned.

In the chapter I saw, the player had to fight off approaching scorpions, who were immune to the incendio fire spell. To keep them at bay, she used reducio, which made them small enough to fall through the grate and out of sight. Each spell has a unique movement associated with it, which requires using the Move controller to create the prerequisite shapes and lines. Later, the player used her knowledge to answer riddles when quizzed by a Sphinx, a creature familiar to Harry Potter fans.
Wonderbook really does look like a storybook come to life, with an art style that makes everything look like it’s made out of paper. The creatures and environments wouldn’t look out of place in an illustrated story, but the aesthetic also fits perfectly within the Harry Potter universe. This isn’t surprising, given that J.K. Rowling made an effort to ensure that Book of Spells reflected her writing style; according to the developers, Rowling visited the studio and played the game, so it has her seal of approval.

I’m not entirely convinced that Wonderbook has quite enough depth to satisfy adult gamers, but it’s undoubtedly great for younger ones. That said, as a fully grown adult, I still want to play it. Book of Spells brings Harry Potter to life in a way that we haven’t yet seen in the realm of video games, and it couldn’t do it without the unique control scheme offered by the Move and PlayStation Eye. Expect PS3 owners to get a lot more excited about reading when Wonderbook comes out this holiday season.