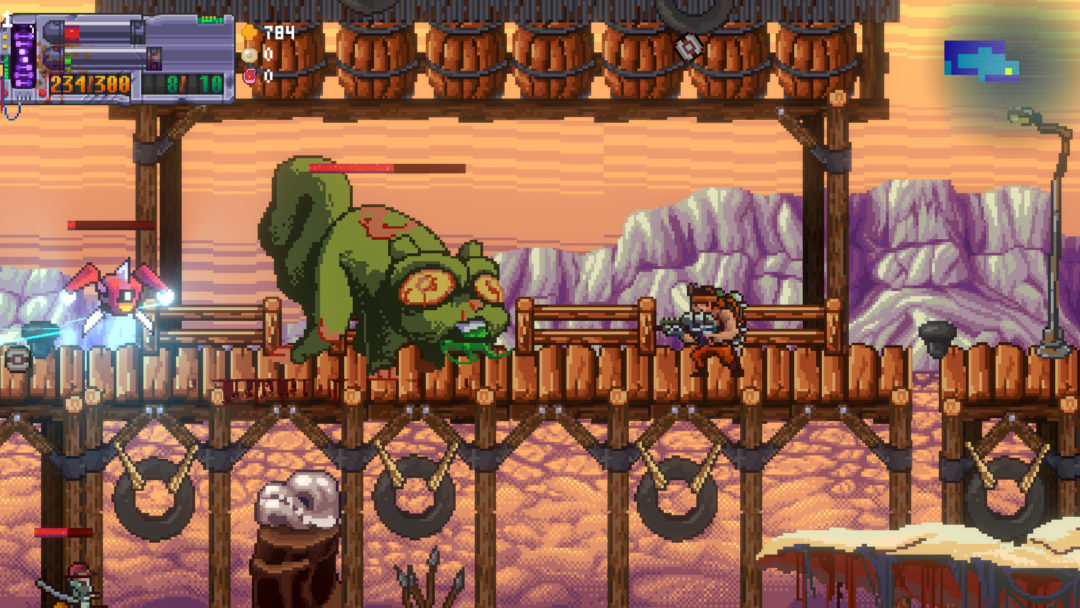 Mega Cat Studios’ sidescrolling “eat ’em up” Bite the Bullet will get Xbox One and Switch releases, in addition to its previously announced Windows, Mac, and Linux versions.

Originally announced back in June, Bite the Bullet is a “roguelite RPG shooter” in which enemies, environmental blockades, and even bullets can be eaten to power up your character. Every enemy in the game will have nutritional information that will dictate how eating them will affect your avatar, who can be leveled up along three distinct food-based class systems, like the vegetarian “Slaughter of the Soil” and the carnivorous “Gorivore.”

Bite the Bullet also boasts a handsome, if gruesome, old-school pixel art aesthetic, with plenty of grotesque enemy designs to chow down on. Just for good measure, it will feature a Doom-like heavy metal soundtrack as well.

Although it’s described as a roguelite, the game’s official website claims it will have “over 60 Metroidvania levels.” This would make Bite the Bullet, in sum, a retro action horror science fiction roguelite Metroidvania RPG shooter, one that plays like a cross between the run-and-gun Metal Slug series and the eat-your-enemies Kirby games.

Bite the Bullet is coming out for PC, Mac, Linux, and now Xbox One and Switch in early 2020.