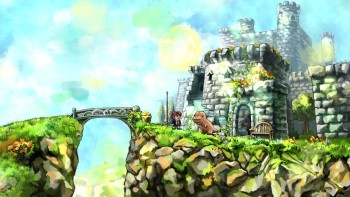 Are videogames art or not? Roger Ebert still says no.

Roger Ebert not only has strong opinions on movies, but he also has a well-known mindset that the videogame can never be a piece of art. He recently rejustified his view in a blog post where he emphatically states that it’s just not going to happen, gamers.

The post is a response to this TED talk by Kelly Santiago on videogames as art. Ebert seems to have softened his position a hair, as he no longer believes that videogames will never be art, but now thinks that “no video gamer now living will survive long enough to experience the medium as an art form.” That’s a little better right?

Ebert’s opinion on this matter involves his strict definition of what videogames are. “One obvious difference between art and games is that you can win a game,” he writes. “It has rules, points, objectives, and an outcome. Santiago might cite an immersive game without points or rules, but I would say then it ceases to be a game and becomes a representation of a story, a novel, a play, dance, a film. Those are things you cannot win; you can only experience them.”

Santiago gives three examples of videogames that begin to cross the boundary into becoming art: Braid, Flower, and Waco Resurrection. Though Ebert admits that everything is a matter of taste, and that he is obviously “hopelessly handicapped because of [his] love of cinema,” he still feels: “The three games she chooses as examples do not raise my hopes for a video game that will deserve my attention long enough to play it. They are, I regret to say, pathetic. I repeat: ‘No one in or out of the field has ever been able to cite a game worthy of comparison with the great poets, filmmakers, novelists and poets.'”

He also asks: “Why are gamers so intensely concerned, anyway, that games be defined as art? Bobby Fischer, Michael Jordan and Dick Butkus never said they thought their games were an art form. Nor did Shi Hua Chen, winner of the $500,000 World Series of Mah Jong in 2009. Why aren’t gamers content to play their games and simply enjoy themselves? They have my blessing, not that they care.”

I can’t help but feel like Ebert’s view is incredibly closed-minded, primarily due to his own personal definition of a videogame. In reality, most of the videogames that might be considered art are not released on the PlayStation Network or in retail outlets, they’re released for free, so many people like Ebert probably don’t even see that they exist. There are typical videogames, with rules and winning conditions, but then there is also a more likely art form of interactive entertainment that currently sits itself within the videogame industry. If interactive entertainment should not be considered a game, Ebert’s right. Either way, I don’t care, I just want to play videogames: