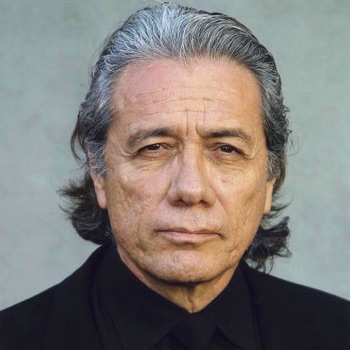 If you needed another reason to watch Agents of S.H.I.E.L.D.‘s much improved second season, how about Edward James Olmos?

Admiral Adama is reporting for duty in an all-new sci-fi universe with Edward James Olmos joining the cast of Agents of S.H.I.E.L.D. when it returns to television on March 3rd. Olmos will be portraying the character Robert Gonzales in a “major recurring role” that Marvel says will have a big impact on Coulson and crew. (Bigger than the mid-season finale’s MCU-shaking reveal? We’ll have to see.)

Unfortunately, we know nothing about who Olmos will be playing (beyond Marvel’s promise that he’s going to be a big deal) — Gonzales appears to be a new character to the Marvel universe, so there’s no guessing what form Olmos’ role will take. However, you don’t cast Edward James Olmos unless you want to bring the gravitas, and that particular weight has been lacking, at times, from S.H.I.E.L.D.‘s cast, so we definitely welcome this addition.