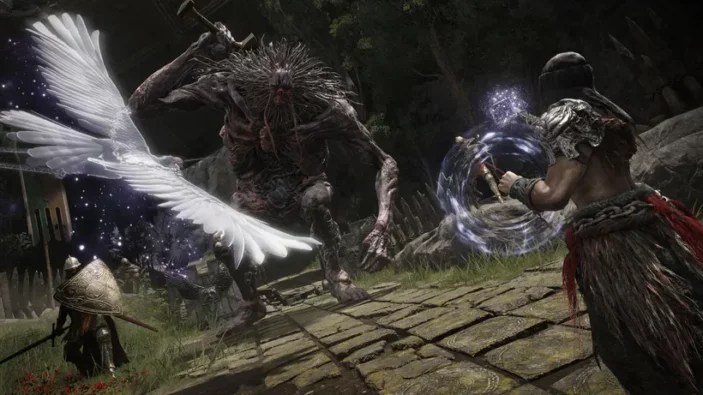 FromSoftware speedrunner and YouTube content creator Distortion2 has managed to beat Elden Ring in less than seven minutes, a new world record. He published a recording of his Elden Ring speedrun world record time of 6:59 in the Any% category today, marking a new benchmark for perfectionists to strive toward.

Most Elden Ring players will probably find themselves rolling credits after playing for at least 50 hours, with many others spending double, or even triple, the amount of time in the Lands Between. Distortion2, however, uses a series of glitches to fly across the map at top speed, reaching late-game areas in only seconds. It’s a mess of convoluted strategies that won’t make much sense to the untrained eye, but it’s also incredibly impressive. Someone will probably beat Elden Ring with a new world record time in the next week at the current rate, so watch the current Elden Ring speedrun world record below while it’s still on top.

Elden Ring launched in February and has kept the speedrunning community completely engrossed ever since. Distortion2 has been one of the most successful members in that group, posting new world records every few days. His first video tracked a record time of 49:29, but it wasn’t long before he broke that record over and over again.

For now, however, Distortion2 says he’s done with the glitch-filled Any% category. “Still in shock I managed to get this time,” he said.

Stay tuned for more updates on the next mind-bending Elden Ring strategy.