Throughout my 40 hours with Elden Ring, my relationship with the game has run the complete gamut of emotions. From cockiness in easily defeating a half dozen mini-bosses around Limgrave, to Margit swiftly humbling me, to abject horror in seeing what Godrick the Grafted does halfway through the battle with him, to the rush of victory of finally taking down the ruler of Stormvale Castle, to a complete sense of awe when I first laid eyes on Liurnia of the Lakes.

But while these sensations were to be expected from a game that shows FromSoftware at the absolute top of its craft, I wasn’t quite prepared for the melancholy that fell over me when I stumbled upon a small village tucked away in the eastern cliffs of Liurnia. And furthermore, I wasn’t prepared for that village to move me to the point of making a solemn vow to never destroy a pot in Elden Ring ever again.

Wrecking inanimate objects in a FromSoftware game has been second nature to me for the past decade. If I enter a room full of crates or vases or shoddily made tables, you best believe I’m going to roll right into each and every one of them. Sometimes they might contain an item, other times they’re filled with poison and teach me a lesson that I’ll forget seconds later, but most of the time it’s just wanton destruction for the sake of destruction. 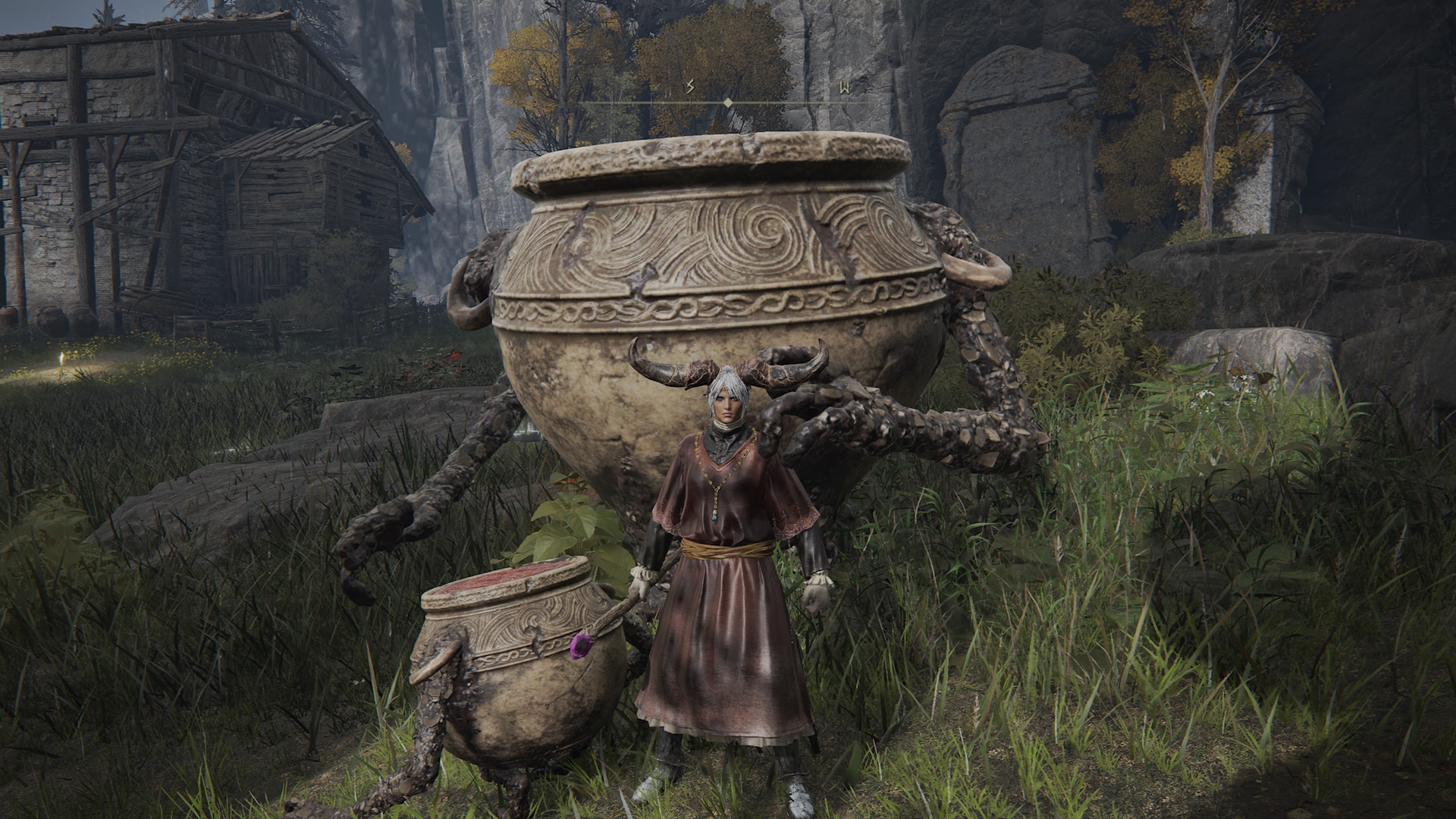 From Lordran to Yharnam, I have been a bull in FromSoftware’s china shop every step of the way. And for a great many hours in Elden Ring, I continued this trend across The Lands Between. But then a curveball was thrown my way when I first met Alexander the Iron Fist, better known as “Pot Boy.” Channeling some heavy Onion Knight vibes, this sentient pot became a fan favorite long before the game had even released, and meeting him early on in my journey made it clear why.

He’s big, round, and stuck in the ground, and helping him out with a few heavy whacks of a hammer that I was too underleveled to use effectively was a wonderful little character moment in an otherwise oppressive world. And without going into any spoilers, I happened to reunite with him later on in the game in a moment that’s absolutely unforgettable, but that’s a story for another time.

We parted ways, and I continued on my journey through Stormvale Castle, where I eventually found a group of these same creatures, which I now know are called Living Jars. There was one larger one surrounded by several smaller ones, which immediately brought to mind the idea of a family. But these nice thoughts were quickly dashed – unlike Alexander, these pot boys were not friendly and immediately began to attack. 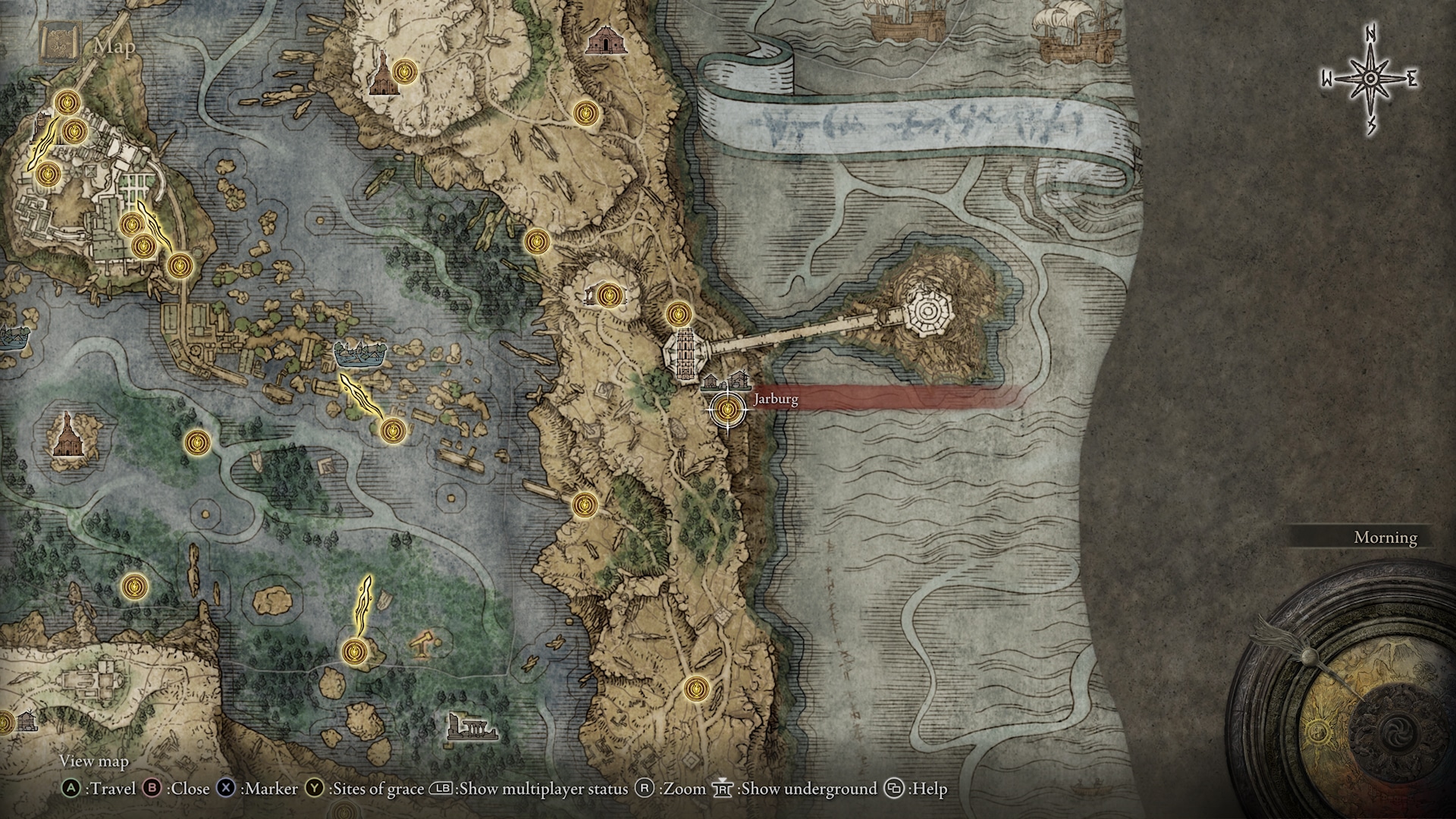 As I showered them with Glintstone Pebbles from a distance and watched them explode and spread their goopy innards all over the castle courtyard, I felt a tinge of regret. But hey, they started this fight, so I quickly got over it. After all, I’d destroyed countless pieces of furniture across these games – what’s a few jars added to the tally? My spoils for this battle included a few Cracked Jars to use in crafting. No, the horrifying appropriateness was not lost on me.

My adventure continued again. And for another dozen hours or so, I only ran into one other set of aggressive Living Jars, which I handled in a similar manner. I survived the magical horrors of Raya Lucaria Academy, procured my second Great Rune, and decided to try to fully explore the eastern edge of Liurnia before moving on to whatever fresh hell awaited me in the next region. It’s here that I accidently stumbled upon a hidden village nestled on a cliffside. That village is called Jarburg, and it made me regret everything.

Jarburg is exactly what it sounds like – a small hamlet that’s home to the Living Jars. It’s filled with a few houses, various flowers spread across the ground, and the shattered remains of pots strewn about. Unlike the Living Jars I’d encountered before, these weren’t aggressive whatsoever. Near the Site of Grace there was a large one next to a smaller one, and when I approached, they simply extended their arms in what seemed like a sign of friendship. No matter how close I got, they wouldn’t attack. In fact, they seemed to follow me around, waddling behind me at a few paces. Further down the path was a group of three smaller ones sitting around a lone sunflower. If you visit Jarburg at the right time of day, and the sunlight manages to hit the village just right, you could almost forget that this entire world is filled with things insistent on killing you. 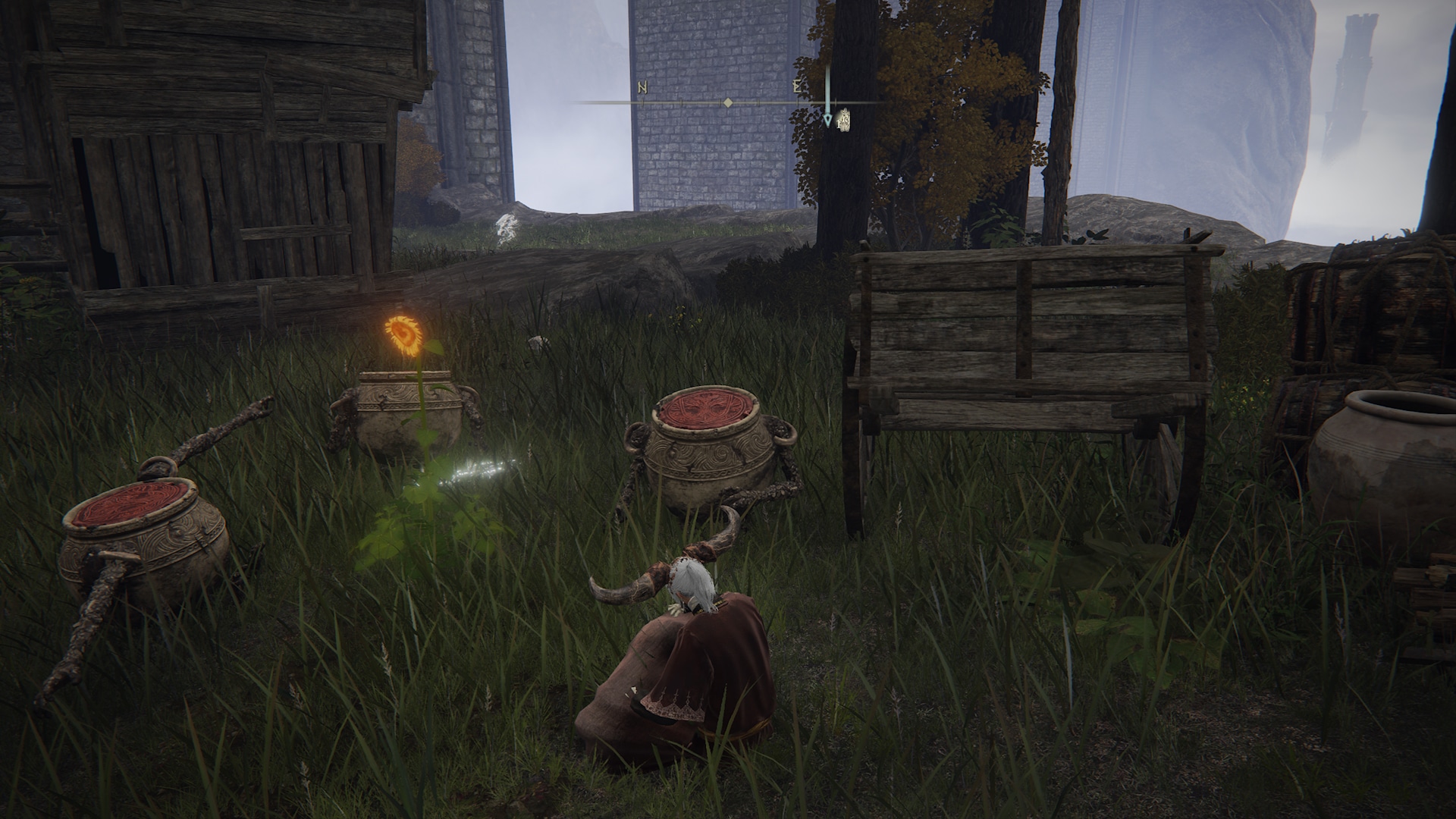 Unlike the friendly NPCs at The Roundtable, you can target the jars here, but I absolutely could not bring myself to attack them. I was clearly a guest in their home, a Tarnished visitor who just happened to pass through. As far as I know, there isn’t anything of note or value in Jarburg. I didn’t find any hidden dungeons or cool items or quest-giving NPCs. But visiting this place made me think about all the other Jars I’d come across on my journey. Did they get lost in Stormvale Castle and simply want to find a way back here to their home?

In a way, Jarburg reminds me of the quiet loneliness of Pascal’s Village in Nier: Automata. It’s a place that’s clearly been impacted by the catastrophic events of the world around it, but still managed to find some small semblance of peace and quiet amidst the hellscape of The Lands Between. Also like in Nier, it’s a place that’s made me reconsider all of the destruction I’ve caused leading up to this point.

I’ve put dozens of hours into the game since finding Jarburg and have procured another two Great Runes. But every so often, I find myself traveling back to this village just to clear my mind and center myself. The big pot is still there, arms still outstretched. The little pots are still there, sitting peacefully around that same sunflower. Sometimes I sit with them; it’s nice. And honestly, it might be the only thing in Elden Ring that I’d describe with that word.