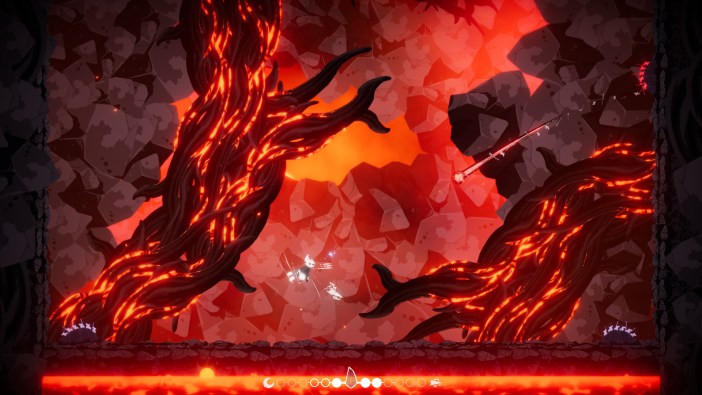 Today is a good day to be a fan of the Metroidvania genre. We have already received news about Afterimage, an adventure created with a hand-drawn style. Now, a gameplay trailer was uploaded for a new game named Elypse. From developer Hot Chili Games, Elypse promises “a 2D action platformer with a Dark and Gloomy style.” It is “coming soon” to Nintendo Switch, PlayStation 4, PlayStation 5, and PC via Steam.

Check out the game’s plot, which sounds intense: “Every ten years, a sacrifice must be made to protect your people from the Abyss, a place as worshiped as it is feared… This time you were chosen and thrown into the darkness… Nobody has ever returned but perhaps you can achieve the impossible ?”

Take a peek at the gameplay trailer for Elypse below, as well:

Traversal looks like it requires lightning-fast reflexes. The environments are stunning and colorful. Combat appears satisfying, and you can utilize unlockable skills and abilities to conquer the game’s various hardships. Plus, those animated cutscenes are something else. Overall, the gameplay looks silky smooth, though I worry it won’t run at a stable frame rate on Switch. The system is showing its age after being on the market for over five years, after all.

When it comes to indie Metroidvanias, gamers have their fair share to choose from. Some of the best include Axiom Verge, Hollow Knight, and Bloodstained: Ritual of the Night. Here’s hoping Elypse is of similarly high quality and does enough to differentiate itself from the crowd.