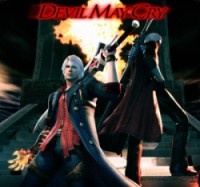 Capcom has announced that Devil May Cry 4 for the PC will ship this summer, featuring numerous enhancements and optimizations that take advantage of the PC’s power.

The PC version of the game will feature two new modes of play: “Turbo Mode,” which will see the on-screen action running at “insane speeds,” and “Legendary Dark Night Mode,” which will take advantage of the processing power of the PC to load the screen with a tremendous number of enemies for a whole new level of difficulty. Many enemies in the game have also been relocated to create a new challenge for gamers familiar with the console version, and the higher resolution PC graphics will allow cutscenes to run at up to 120 frames per second for improved visual quality. Devil May Cry 4 for the PC will be Games for Windows compliant, with support for both DirectX 9 and DirectX 10 effects.

Since its release in early 2008 for the PlayStation 3 and Xbox 360, Devil May Cry 4 has shipped over two million units worldwide and won praise for its intense action and hack-and-slash gameplay. Capcom has confirmed that a demo will be available prior to the game’s release, which will include a benchmark option for testing the game’s performance. For more information, go to Capcom’s Devil May Cry website.

de-rez: The Truth About 3D Realms