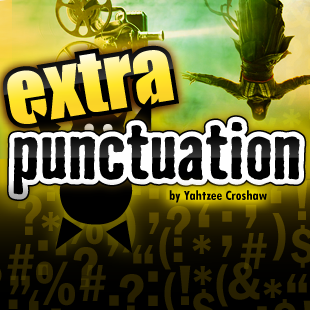 Last time in XP I briefly harped on the Ratchet and Clank movie, and I realised it might be worth drawing attention to the current resurgence of movies based on video games, in a “hey everybody let’s all point and laugh” kind of way.

Video game movies seem to come on in waves. The first wave started with Super Mario Bros in 1993, and included Double Dragon, Street Fighter and Mortal Kombat. That points to a focus on light-hearted martial arts nonsense in which Super Mario Bros is the aberration, but it doesn’t bear too much close analysis. I’d say the second wave began with Lara Croft: Tomb Raider in 2001, and was sustained with a string of action horror crapouts – Resident Evil, House of the Dead, Doom, Silent Hill etc.

Video game movies half-heartedly bumbled around for a few years after that, but we’re currently seeing an alarming new dump of the things. In 2016 alone we’ve got Ratchet and Clank, the Angry Birds Movie, Warcraft and Assassin’s Creed, with Uncharted marked down for 2017. I suppose there’s a vague connecting theme of ‘epics’, here, with the exception of Angry Birds, but again, if you analyse too much you’ll go blind.

I’d like to point out that, looking at the Wikipedia list of video game movies, the average Rotten Tomatoes score hovers around the 20% mark and the average Metacritic score isn’t much better. The highest scoring film I can see is Angry Birds, with 63% on Rotten Tomatoes, but that’s Angry Birds. The story in those games is so light the filmmakers could make up whatever the hell they wanted, so it probably doesn’t count. My question is, is the film industry trying again because it thinks it’s figured out what’s gone wrong so far, or is it just that enough time has passed that everyone’s forgotten what a massive disaster these things always turn out to be?

Almost certainly the latter. I’m sure the studios did the usual calculation in their head: this thing has name recognition, therefore money. But not only have video game film adaptations never been worth a squirt of highly scented piss from a dehydrated mole, but they are increasingly less likely to become any good as time goes on. For the very simple reason that video games are better than films, and continually get better, while films are stuck in the two hour linear story format forever.

Yeah, that’s just, like, my opinion, man. But we can surely agree that games and movies are completely different forms of storytelling with many subtleties that make them incompatible, and one great big not-so-subtlety: the fact that games are interactive, and that the audience participates directly in the story, which creates whole new dimensions of potential. The necessary element of gameplay challenges allows the user to experience adversity, whereas the film watcher experiences adversity only by proxy. The stories and characters of popular video games seem a bit lame and cheesy in a film, which some might think reflects poorly on the games, but I think it illustrates their superiority, if the natural qualities of the medium can make such things engaging regardless.

If you try to adapt the story of the video game directly then it’s always going to be a disappointment, as removing the interactive element is surely a step down from the previous iteration. There is something to be said for the Assassin’s Creed solution, of doing a side story within the game universe. But I can’t think of any franchise that successfully built a canon spread across multiple forms of media. It’s certainly been tried, like with your Quantum Break and your Defiance, but I think it’s unreasonable to expect audiences to play a game AND watch a film to have the full grasp of the plot. I like games but I don’t like films, I’m left out of the Venn diagram overlap region which would be the target audience for such things.

The other reason why adapting video games into films is increasingly stupid is because games have become sufficiently like films that adapting them is as pointless as repainting your bedroom the exact same colour. I bemoaned last time how games continue to see films as a role model, relying on cutscenes and predetermined sequences rather than playing to the strengths of interactive media. 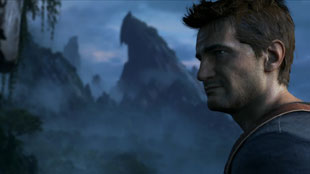 I mean, let’s take the upcoming Uncharted as a perfect example. Nathan Drake is a character who has been fully realised within the video games. He has a distinctive face, voice and stupid haircut that make him instantly recognisable. It’s not like Mario Bros where there’s enough room for interpretation that you could cast Bob Hoskins as a handful of moustachioed pixels, Nathan Drake has grown out of a near enough photorealistic world. Any actor you cast as him in a live action film isn’t going to feel like him. Furthermore, the stunts and environments you do in the film are almost certainly not going to be as impressive as what could be achieved when immersed in 3D-rendered make-believe land.

Really, though, what I wonder about is why getting adapted into a film is still considered the ultimate prize for any piece of intellectual property, since video games are more fun and (these days) TV serials are better crafted. I think films only retain this air of prestige because of the whole cultural association between Hollywood and high-fashion glamour. Surely that image can only last so long if the film industry continues hacking out shitty remakes, cut and paste superhero films, and the occasional mawkish biopic of a tragic famous person when Oscar season rolls around.

Basically I object to film adaptations being considered a recognition of prestige and ‘step up’ for a franchise, when for a video game IP it would only be a ‘step up’ if ‘stepping up’ now involves sawing your own legs off.