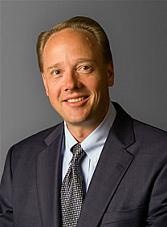 Two of gaming’s leading associations, the Entertainment Software Ratings Board (ESRB) and Entertainment Software Association (ESA), provide the industry with great services: hosting conventions such as E3, providing parents with game ratings to understand content, and political lobbying for favorable business conditions. These groups are funded by membership fees to the participating game companies in exchange for political exposure and spots on convention floors.

For groups that are largely based on personal relationships and labor, it’s reasonable to expect a large amount of corporate investments to go toward employee payrolls. Incredibly, an IRS report filed by both institutions revealed some impressive paydays for the leaders of ESA and ESRB.

It’s hard to judge the appropriateness of their pay without working their jobs and managing organizations of such size and importance. What can be noted is that, in an economy where hundreds of thousands are being laid off, even within gaming, those numbers are almost big enough to feed a small development staff for a year. Data isn’t available to check whether their pay has dropped in 2008 and 2009 to match ongoing macroeconomic issues. How fair are these compensation numbers?