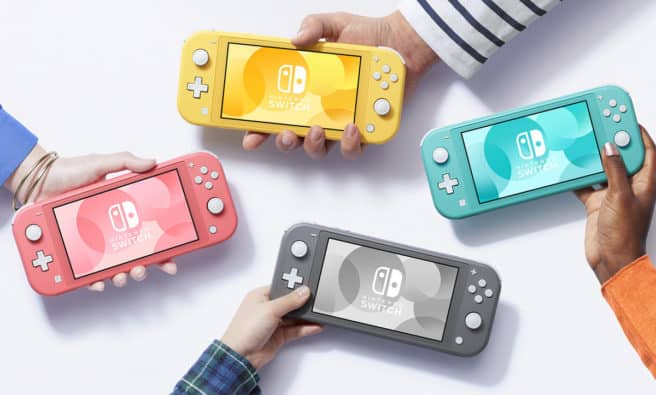 As we near the end of the week, let’s jump into some more video game news, starting with claims that a dataminer has uncovered alleged details for a new model of Nintendo Switch (the rumored “Switch Pro”). Aside from that, Microsoft confirmed that additional Final Fantasy games will be headed to Xbox Game Pass soon, Star Wars Battlefront II will be free on Epic Games Store soon, and more. Here’s the video game news you might’ve missed on Jan. 7, 2021.

Following the announcement that a huge batch of Final Fantasy games would come to Xbox Game Pass, only four of the 10 promised games have ever ended up on the service. Despite this, during a recent interview with True Achievements, Microsoft said, “As we announced at X019, we are excited to bring the Final Fantasy franchise to gamers with Xbox Game Pass. We have done so throughout 2020 and will continue to do so in 2021 and beyond. We look forward to announcing specific launch dates for more Final Fantasy titles in the future.” That indicates that we’ll see more later this year.

The latest PlayerUnknown’s Battlegrounds (PUBG) update has gone live, featuring a new reputation system that will hopefully encourage friendlier play. PUBG Corp said in the update’s patch notes that “toxic behavior is never justified” and hopes for the new system to keep things civil. The Reputation Level will feature a ranking from 0-5 that will changed based on how you act in-game. Players are able to report you, which will cause your reputation to decrease. Disconnecting early will decrease it as well. But playing normally with teammates will cause your reputation to steadily increase.

Who doesn’t love free games? Starting on Jan. 14, Epic Games Store will be giving away Star Wars Battlefront II away for free. Epic has been known to give away free games and has done so frequently since the launcher became available, but this is a particularly high-profile release. Star Wars Battlefront II will be available for free until Jan. 21.

Netflix App Being Discontinued on Wii U and Nintendo 3DS

Unsurprisingly, Nintendo has pulled the plug on the Netflix app on Wii U and Nintendo 3DS systems. It is no longer available to download as of Dec. 31, 2020. Although, if you already had it downloaded onto those devices, you’ll be able to (re-download if need be and) utilize the application until June 30, 2021, when support will officially stop. Oddly enough, the Netflix app never made its way to Nintendo Switch, despite the device being so popular.

Read More: Netflix is being pulled from Nintendo Wii U and 3DS

Speaking of Nintendo Switch, reputable dataminer SciresM has uncovered alleged evidence to suggest that a new so-called Switch Pro model is likely in the works. SciresM notes that a recent firmware update points to “Aula,” which is said to be the new, upgraded, hardware — featuring an advanced chip set that will support 4K resolution (potentially only while docked), longer batter life, and higher clock speeds. The Switch Pro has not yet officially been announced by Nintendo, but some analysts predict it will launch this year.