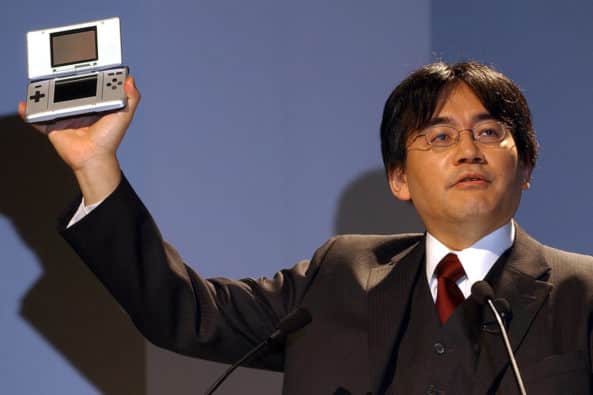 Happy Friday, everyone! A book about the late president of Nintendo, Satoru Iwata, called Iwata Asks is getting an English translation set to launch this year, the recent Monster Hunter Rise demo caused the eShop to crash, and more. Here’s the video game news you might’ve missed on Jan. 8, 2021.

Following the release of the Monster Hunter Rise demo for Nintendo Switch, many players were experiencing issues when attempting to launch into the Nintendo Siwitch eShop. In fact, due to the sheer number of players trying to download the demo at once, the digital storefront went down temporarily. However, the eShop is working now, and the Monster Hunter Rise demo is available to download until Feb. 1 ahead of the game’s full release in March.

Scott Pilgrim vs. The World: The Game Getting Limited Run Release

As announced by the official Limited Run Games Twitter account, Scott Pilgrim vs. The World: The Game Complete Edition is getting a physical release across PlayStation 4 and Nintendo Switch. Preorders will go live starting on Jan. 15, 2021. There are actually a few different versions to choose from: a Standard Edition at $34.99, the Classic Edition at $54.99, and the K.O. Edition at $139.99 — all with various enticing goodies included. Check out the details on the Limited Run Games website.

We're excited to announce a Limited Run of @Ubisoft & @UniversalPics's Scott Pilgrim vs. The World: The Game – Complete Edition (PS4/Switch).

Get yours during a six-week pre-order starting Friday, January 15 at 10am ET on https://t.co/5Lksol4sqo. pic.twitter.com/YRr8d0fYFM

Recently, Treyarch implemented the latest update for Call of Duty: Black Ops Cold War, featuring new maps, blueprints, challenges, and a slew of fixes. Aside from all that, the developer has detailed what to expect from the mid-season update, which will launch next week on Jan. 14. The mid-season update will feature a new Fireteam map called Sanatorium and a 6v6 map called Dropkick.

In our latest update:

Among Us Was the Most Downloaded Mobile Game of 2020

Iwata Asks, About Late Nintendo President, Is Getting English Edition This April

In 2019, a book called Iwata Asks was published in Japan, featuring interviews from or about the late president of Nintendo, Satoru Iwata. The book is getting an English translation this year courtesy of Viz Media, and it’ll launch in the United States and other Western territories on April 13. Iwata passed away in 2015 after battling with a tumor in his bile duct. He was one of the faces of Nintendo who made frequent appearances in many of the early Nintendo Direct presentations and carries a tremendous legacy.