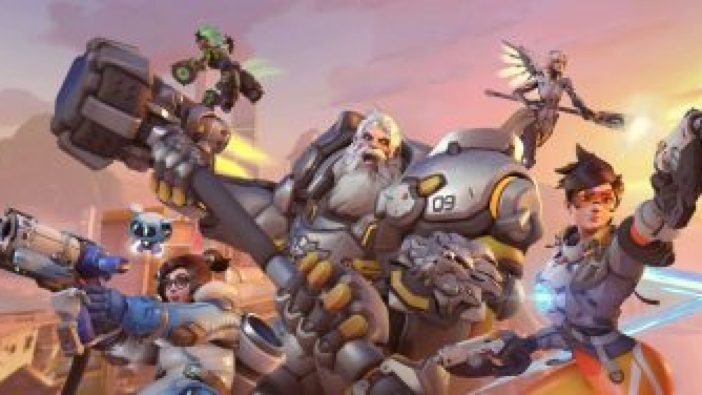 Let’s dive into some of the most notable video game stories of the day, starting with an update on when we’ll get more information on Overwatch 2. We’ll also discuss The Game Awards 2020’s record-breaking viewership and more. Here’s the video game news you might’ve missed on Dec. 17, 2020.

Today, host and creator of The Game Awards Geoff Keighley released some interesting data about 2020’s annual ceremony. Keighley announced via Twitter that The Game Awards 2020 was viewed by over 83 million people, peaking at 8.3 million concurrent viewers. It was also revealed that this year’s show had nearly double the amount of viewers of last year’s event. Check out Keighley’s full thread below!

Over the past 7 years we've experienced incredible growth of #TheGameAwards starting with just 1.9 million livestreams in 2014. pic.twitter.com/2ps396BkmZ

Sackboy: A Big Adventure Just Got Its Online Multiplayer Update

When Sackboy: A Big Adventure launched alongside PlayStation 5, it did not come with an online multiplayer mode. Well, today, the game has been updated to support online cooperative play across both PlayStation 4 and PlayStation 5 editions (and even includes cross-play for both!). The multiplayer update allows players to team up to go through the entire game with up to three companions. You can read the full post on the PlayStation.Blog below.

Microsoft Flight Simulator has just achieved a major milestone, reaching over 2 million players since its release in August 2020. This makes it the fastest-growing entry in the series. Aside from that, Microsoft released some other stats about the game (as relayed by independent analyst Benji-Sales). All in all, players have taken 50 million flights and have flown a total of 3.5 billion miles. The game is set to launch on Xbox Series X | S next summer and is currently available on PC.

The game will release on Xbox Series X|S in Summer 2021https://t.co/9fT0XcktZW pic.twitter.com/nJcTkoqBZm

Starting in 2021, Anna Megill, best known for her work on Control, will join Microsoft-owned Playground Games as the lead writer of the upcoming Fable. Megill has an impressive resume and treats Fable dearly. “Fable holds a special place in my heart,” Megill said on Twitter. “It came out the year I started in gamedev, and its the first game I played with a developer’s eye,” Megill added. Fable was announced this year and is still in the early stages of development. It’s unclear when it’ll release.

I’m thrilled to say that I start work at @WeArePlayground next year. I’ll be Lead Writer on Fable ✨ pic.twitter.com/Wf57QuPYNQ

Here’s When We’ll Get an Update on Overwatch 2

It’s been a while since we’ve gotten an update on Overwatch 2. In fact, there’s a lot we don’t know about it, but thankfully, Blizzard will give us an update on it during BlizzCon Online in 2021. Specifically, the event will take place Feb. 19-20 in 2021 and will be held online due to the COVID-19 pandemic. Overwatch 2 is expected to focus on narrative and PvE in addition to PvP introduced in the first entry.