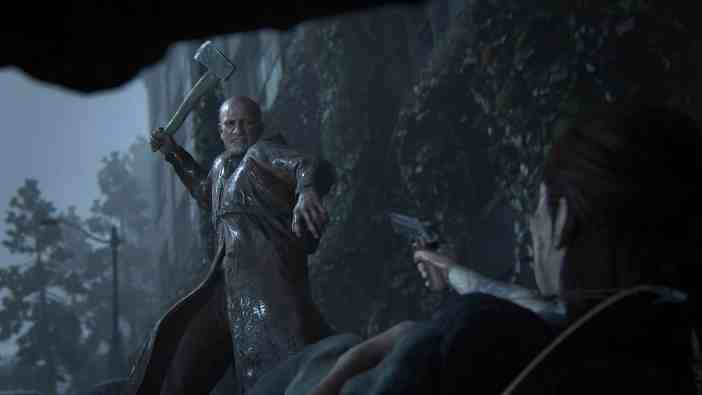 It’s the day before a holiday in the United States, so it’s been a bit slower when it comes to video game news. There are still a handful of stories that might have gone overlooked, like The Last of Us Part II continuing to dominate the sales charts, Suda51’s stance on working overtime, DiRT 5 running at 120 FPS on PlayStation 5, and more. Here are the video game stories you might’ve missed on July 3, 2020.

The Last of Us Part II Outsells Entire Top 10 Combined

Last week, news broke that The Last of Us Part 2 had become the fastest-selling first-party PlayStation game ever, and the momentum doesn’t seem to be slowing down at all. In fact, Naughty Dog’s latest adventure not only managed to take the number one spot in the United Kingdom again, but it also outsold every other game in the top 10 combined. This is huge considering the games it outsold including FIFA 20, Grand Theft Auto V, Mario Kart 8 Deluxe, Animal Crossing: New Horizons, and Minecraft. We’ll have to wait to see where The Last of Us Part II sits in the U.S. when June’s NPD results roll around in the next couple of weeks. We anticipate it’ll be the month’s best-selling game.

Read More: PlayStation unseats Nintendo in June with The Last of Us Part 2 l UK Charts

Discussions about work practices in the video game industry can stir up some controversy, depending on which side you fall on. Many developers have their own views on how to safely implement work-life balance. As part of a recent Noclip documentary, Suda51, whom you might know from his work on Killer7 and No More Heroes, offered his stance on overtime. He said, “Unnecessary overtime is simply not allowed at all. So, if you work too much overtime, first you get a warning saying, ‘Hey, chill a bit.'” He later described his company Grasshopper as making it “easier to keep a work-life balance than it is at a lot of companies.”

You can check out the documentary in full below:

A New Test Drive Announcement Is Coming on July 7

Test Drive is coming back, at least in some capacity. The official Test Drive Twitter account posted a teaser today with a short video featuring a crown logo and pointing to an official reveal on July 7. This date corresponds with next week’s Nacon Connect digital event. The crown logo seems to coincide with a recent copyright for “Test Drive Solar Crown” that was spotted online. Could this be the game’s official title? We’ll have to tune in to Nacon Connect next week to find out.

Some games are still struggling to reach 60 frames per second, but the upcoming DiRT 5 intends on blowing that out of the water. Instead, it will offer the ability to run at 120fps on PS5, according to the game’s development director Rob Karp. He said, “The power of the PS5 also means that we will have an option for 120fps, which is very exciting for the racers who know that every frame counts.”

Currently, DiRT 5 has a release date of Oct. 9 for current-generation hardware and will launch for next-gen consoles at an unknown date.

The latest Nintendo eShop sale is live, and with it comes a slew of deals for you to take advantage of. There are actually a few different sales still going on from previous weeks, but the newest is an NIS America sale, featuring discounts on some of the publisher’s beloved games. You can grab The Longest Five Minutes for $9.99, Penny-Punching Princess for $9.99, and Touhou Kobuto V: Burst Battle for $4.99. You have until July 15 to grab these discounts, so you’ll need to act fast.