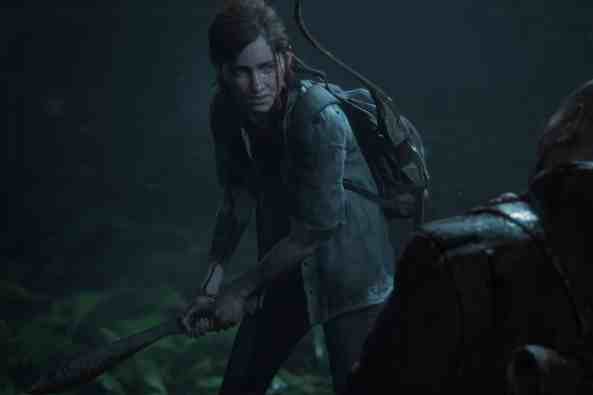 Happy Monday, folks! Let’s get into some of the video game news that went on today. Kicking things off is a new The Last of Us Part II Grounded difficulty mode that was leaked on Twitter, Fall Guys reaching a huge sales milestone on Steam, Crash Bandicoot 4: It’s About Time possibly (but possibly not) being leaked for Switch, and more. Here’s the video game news you might’ve missed on Aug. 10, 2020.

As revealed by a set of trophies, a new Grounded difficulty and Permadeath settings are coming to The Last of Us Part II. This comes by way of PowerPyx, a Twitter user known for in-depth trophy guides and videos. The trophies will come as part of patch 1.03 at an unknown date.

Though details about each mode are unknown, Grounded is a super challenging mode that was featured in the original game. As for Permadeath, one can infer you’ll need to beat the game without dying, but based on the trophy description, there will be multiple settings to choose from. It’s unclear when the update will go live, but if the trophies are already listed, we likely won’t have to wait long.

The Last of Us 2 just got DLC Trophies. Patch 1.03 with Grounded Difficulty + Permadeath Mode incoming. pic.twitter.com/drUsvnHqIk

Today, Funko announced it would be releasing a handful of new PlayStation-related Pop! figures — all available to preorder through GameStop right now. There are four to choose from, including Joel from The Last of Us, Sam Porter Bridges from Death Stranding, Sweet Tooth and his ice cream truck from Twisted Metal, and a Ratchet & Clank combo pack. These are scheduled to ship between Sept. 7 and Oct. 5.

Check the link below to preorder.

Why do publishers insist on funding Fast & Furious games? The latest, Fast & Furious Crossroads, is out now, and its reception has been comically bad. Most critics were surprised at Bandai Namco charging full price for a game that is apparently incomplete. It looks terrible, has repetitive gameplay, and is referred to by Gamereactor as “the worst game of the year so far.”

Interestingly, its publisher doesn’t appear to be supplying review codes for it, which would be why many sites aren’t covering it — but based on its reception, it sort of makes sense why. You might want to avoid this one, even if you’re a fan of the series.

Fall Guys: Ultimate Knockout has been doing tremendously following its launch earlier this month. On Steam alone, it has reached 2 million copies sold, which is impressive for a new IP based on multiplayer obstacle courses. Remember, this doesn’t include PlayStation 4 downloads, so it’s likely the game has reached several millions of players in total since it was available through PS Plus as well. Next month, we’ll get a better sense of how well this game has performed across all platforms when NPD results are revealed. For now, you can purchase Fall Guys through Steam for $19.99 or you can grab it on PS4 free as a PS Plus game.

The incredible team @Mediatonic and the super chill @FallGuysGame community have put up some wild numbers in just one week!

Big thanks to all for all the great jellybean vibes. pic.twitter.com/6nW9vp6qeS

Crash Bandicoot 4: It’s About Time Might Have Been Leaked for Switch

A Nintendo Switch version of Crash Bandicoot 4: It’s About Time has not been announced. However, mention of a Switch version has been spotted in the game website’s source code. Considering both the N. Sane Trilogy and Crash Team Racing Nitro-Fueled made their way to Switch, it’s fully possible Crash Bandicoot 4 could make an appearance on that platform.

However, it’s also not uncommon for websites to include data in their source code that ultimately amount to nothing. For instance, another Activision Blizzard series, Call of Duty, referenced Switch in its source code last year, and clearly no such Switch game ever materialized. We’ll just have to watch and wait on this one.