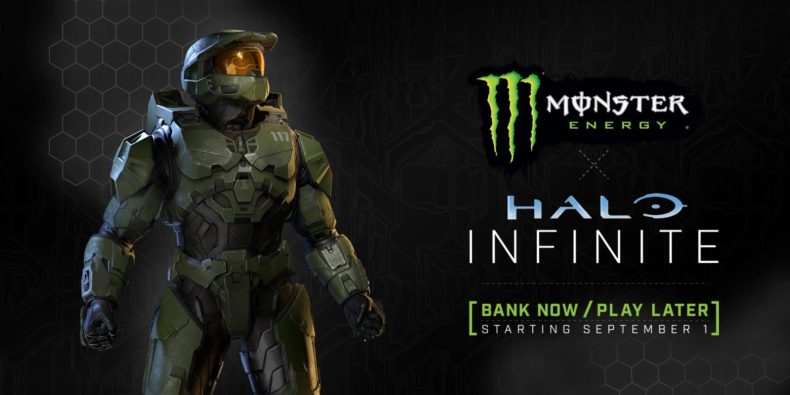 It’s a new week, and while today’s news stories weren’t as eventful as some of last week’s, there are still some interesting topics to get into. Ubisoft’s Gods and Monsters seems to have been renamed, Monster Energy is teaming up with Halo Infinite for in-game skins and bonus XP, Horizon Zero Dawn on PC has received a patch, and more. Here’s the video game news you might’ve missed on Aug. 31, 2020.

Horizon Zero Dawn on PC Has Gotten Another Patch, Aims to Fix Crashes

After Horizon Zero Dawn: Complete Edition‘s rocky launch on PC, developer Guerrilla Games has been working on improving its crash issues, as well as frame rate problems found throughout. Today, the game’s 1.03 update went live, addressing a bulk of the community’s main concerns — from crash fixes to game-breaking bugs to silly things like Aloy being stuck as a child. Issues like stuttering remain though.

Horizon Zero Dawn came to PC earlier this month, leading many to speculate the platform would be getting more Sony first-party games, and Sony confirmed recently that it would “explore” the possibility.

Paradox Development Studio and Paradox Interactive’s strategy game Crusader Kings III isn’t out yet, but its reviews are live and it’s been garnering a lot of positive buzz already. Many outlets have given it high scores, praising its deep systems, characters, and story, along with the sheer number of hours you can put into it. On reviews aggregator Metacritic, Crusader Kings III currently holds a score of 91, indicating “universal acclaim.” You can grab your copy on PC on Sept. 1.

Crusader Kings II released back in 2012, so this sequel has been a long time coming.

We’ve seen plenty of promotional collaborations in games before, and continuing that trend is Monster Energy with the upcoming Halo Infinite. Today, Microsoft revealed that players will be able to earn in-game emblems and weapon skins themed around Monster Energy, along with a “Double XP Boost” for every individual can of specially marked Monster Energy drink you purchase in the United States. There’s even a Master Chief Snapchat filter.

It works like many partnerships do, wherein you must upload receipt details to a specific website in order to bank your bonuses. Halo Infinite will launch sometime in 2021, and when it does, you’ll be able to access your in-game Monster Energy content. This limited-time promotion, however, will occur between Sept. 1 and Dec. 31, 2020.

We're proud to partner with @MonsterEnergy to bring you Double XP in #HaloInfinite and provide a first-look at in-game emblems and weapon coatings. Check out our full post for how you can #BankNowPlayLater: https://t.co/p3ft5wOokv pic.twitter.com/W9PPgoLaSV

We are almost certainly getting Final Fantasy XVI at some point. In addition to 15 mainline entries, the series has more sequels, spin-offs, and remakes than we can count, and enthusiasm for the franchise hasn’t diminished in the slightest. So when a new alleged Final Fantasy XVI Twitter account was discovered recently, speculation flared up. Fans were quick to assume it could mean development of the (currently hypothetical) game had ramped up and that its announcement would be coming soon.

It’s tough to say if this is true, especially during a year as troubled as 2020, but the appearance of this account offers at least a glimmer of hope. However, if the account turns out to be fake, this wouldn’t be the first time an official-looking Twitter account has proven bogus.

8BitDo Will Release a Customizable Arcade Stick This October

A new moddable arcade stick is in the works at 8BitDo, and it’s available to preorder now. It will be wireless, completely customizable, and work with Nintendo Switch and PC. The fight stick can connect with devices via Bluetooth, 2.4g, and USB-C. The company boasts its long battery life of 40 hours with 2.4g, which gives it battery life in the range of the Switch Pro Controller, and it manages up to 30 hours with Bluetooth. The 8BitDo Arcade Stick will cost $89.99 and is due out on Oct. 20.

Read More: 8BitDo made a mod-friendly, wireless arcade stick for the Nintendo Switch and PC