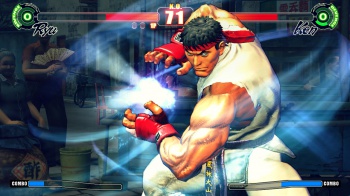 The fighting game devotees at EventHubs have crunched the numbers on which games and which characters everyone’s playing, and the results will probably not surprise you much.

EventHubs is arguably the best resource for information on the world of fighting games. It’s where the hardcore set goes to learn new techniques and trade ideas amongst themselves. As a result, when EventHubs polls its patrons, it’s taking a very realistic pulse of the entire fighting game community. To that end, the site decided to ask its readers which games they play most often, and which characters they use in those games.

After polling tens of thousands of fighting game fans, the results are more or less what anyone familiar with the fighting game scene would expect. Super Street Fighter IV: Arcade Edition v2012 is the most played title by a sizable margin, followed by Ultimate Marvel Vs Capcom 3 and Street Fighter X Tekken. Capcom continues its domination with Street Fighter III: Third Strike in the list’s fourth spot, while Tekken Tag Tournament 2 and Injustice: Gods Among Us round out the top six.

The rankings EventHubs has compiled go into far more depth than we have room for here, so we’d recommend paying the site a visit. Maybe you’ll learn something about your favorite character’s competitive viability, or maybe you’ll just start to hate how risk-averse Street Fighter fans have become in the face of new characters. Either way, it’s a useful infographic.