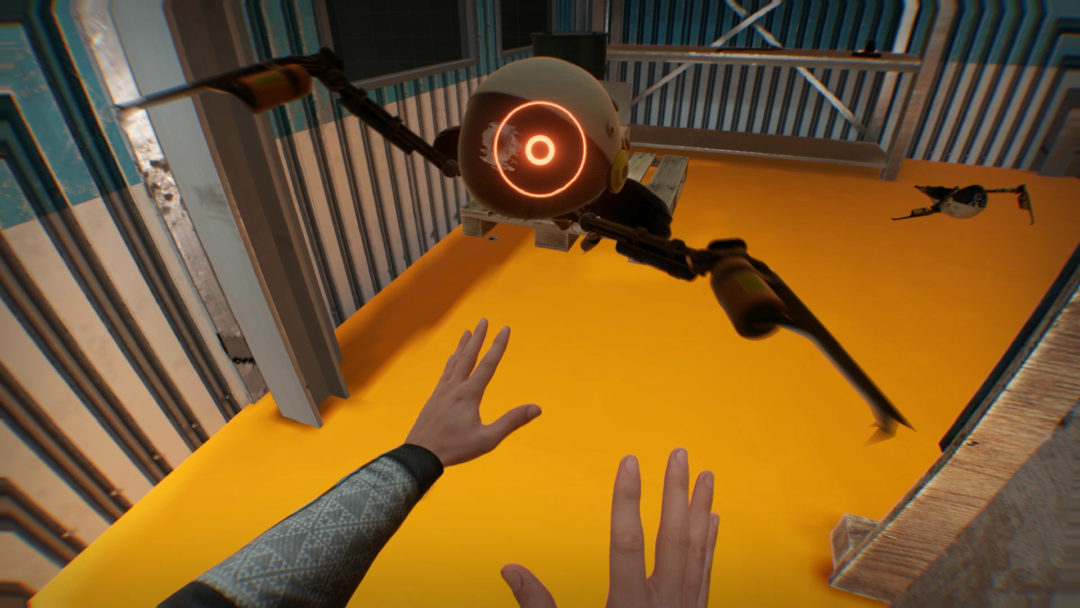 The upcoming title uses an advanced physics system to enable the kinds of in-world interactions that virtual reality games typically shy away from. The new release date trailer demonstrates a player using objects to solve puzzles, dispose of enemies, and perform tricky first-person platforming challenges. The game will feature numerous ballistic and melee weapons and “accurate full inverse kinematic body systems built from the ground up” that will allow players to navigate the virtual world with an unprecedented level of accuracy.

With the physics-driven gameplay, the gunfights, and the industrial environment, Boneworks seems to be trying to be VR’s Half-Life 2.

The game’s tech is allegedly so advanced, in fact, that its Steam page comes with a warning: “This game demonstrates advanced VR mechanics and concepts. Players are recommended to have previous VR experience and understanding of common VR gameplay principles before proceeding.” Boneworks will make use of Valve’s new Knuckles controllers, and demos of the Stress Level Zero game have been well-received.

Boneworks‘ campaign will tell the story of Monogon Industries’ mysterious AI, Myth OS. The game will also have a sandbox mode and a battle arena, and the campaign can be replayed multiple times to unlock powerful new items.