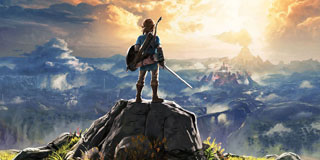 Breath of the Wild looks nearly playable project from CEMU.

The team behind Wii U-to-PC emulator CEMU has been working to get Nintendo’s The Legend of Zelda: Breath of the Wild running on PC. It was estimated that the project would take months, and two weeks ago the team had it running, but it was extremely rocky and nowhere near looking like anything playable.

However, the team uploaded a new video last night, and the progress they have made is undeniable. The game appears to be running at a full 30fps for most of the video. The video shows off a little combat, as well as some of Link’s abilities like Stasis and Magnesis when navigating shrines.

You can check the progress out here.

It’s unlikely that this will last, as Nintendo is less than fond of unofficial emulators. We’ve reached out for comment and will update this post should we receive a response.