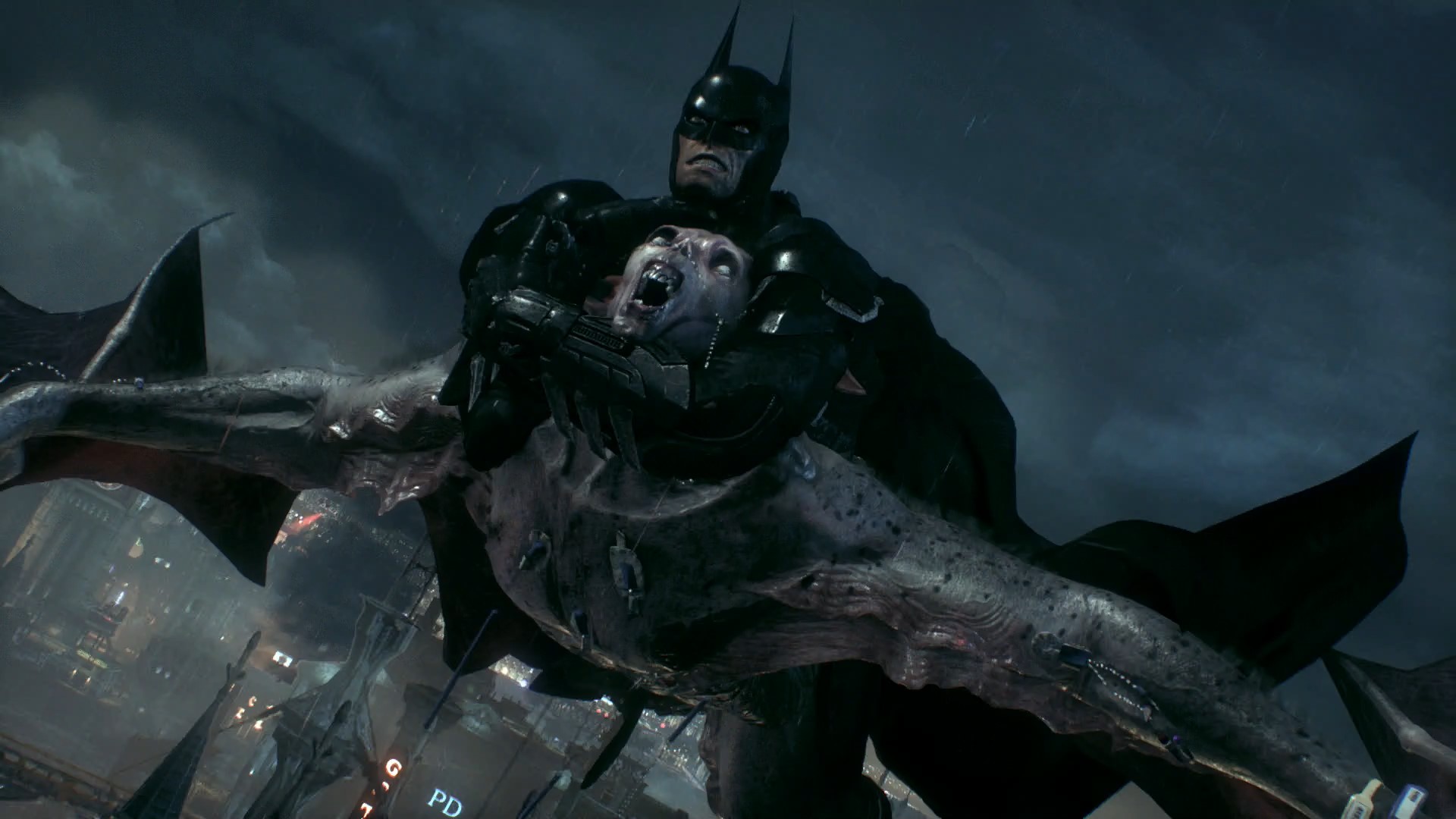 Halloween comes early in Arkham Knight with this holiday-specific Easter egg, extending the story just slightly for one of Batman’s most grotesque foes.

Like Arkham City before it, the last game in the Rocksteady developed Batman action series features a time-based Easter egg, even without the involvement of the Calendar Man. To activate this one, you’ll need to wait until Halloween night… or just change the internal clock on your PC / Console.

Learn more about the secrets and references on our Arkham Knight Easter Eggs Guide, where we point out Batman: The Animated Series influences, and hidden DC character voice recordings.

On October 31st (10/31), a special event occurs in Arkham Knight once you complete the Manbat sidequest, ‘Creature of the Night’ and capture Dr. Kirk Langstrom.

The Most Wanted mission begins while grappling along any of the tall buildings in Miagani Island early in the story. Keep going, and the Manbat gets the jump on Batman — leading to a short story where the Dark Knight wrestles the Manbat to the ground several more times after investigating Langstrom’s lab and concocting an antidote.

Once you’ve finished every part and stuck the Manbat inside Poison Ivy’s containment cell in GCPD, change your internal PC clock or console time to 10/31.

Grapple along the towers in Miagani Island all over again, and Manbat will appear just like he was first introduced — with a jumpscare.

Return to GCPD and you’ll find Manbat’s smashed cell with a guard offering up an explanation, detailing the escape, and ending his dialogue with — “Happy Halloween, huh?”