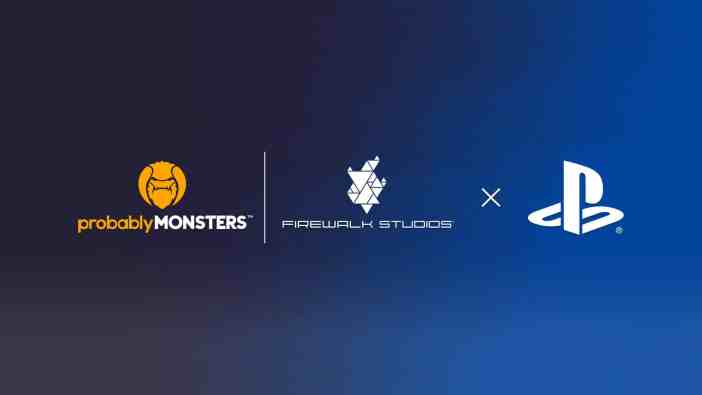 Firewalk Studios has announced that it is partnering up with Sony Interactive Entertainment and PlayStation to deliver an original multiplayer IP game.

Firewalk Studios was founded in 2018 and is led by studio head Tony Hsu (previously general manager and SVP of Destiny), game director Ryan Ellis (previously creative director at Bungie), and executive producer Elena Siegman (previously at Harmonix, Irrational Games, and Bungie). It is also part of the ProbablyMonsters family of studios.

“ProbablyMonsters has created an extraordinary team at Firewalk Studios with remarkable industry talent, and their original multiplayer game will be an exciting addition to our portfolio,” said Hermen Hulst, head of PlayStation Studios at Sony Interactive Entertainment. “We’re committed to bringing a wide range of diverse gaming experiences to our platform, and we’re thrilled to partner with a visionary studio like Firewalk to bring their truly ambitious experience to life.”

A new AAA multiplayer IP is underway from PlayStation and the veteran developers at @FirewalkStudio. Details on the new partnership: https://t.co/JigyQ1R5i0 pic.twitter.com/u5L5HeXCGg

Unfortunately, there isn’t much more information given about the new project, such as setting, characters, or anything of that sort. The team has experience working on notable multiplayer games such as Apex Legends, Call of Duty, and Destiny, so that pedigree will certainly be useful for developing a new AAA multiplayer experience.

This isn’t the first studio to partner up with PlayStation. Earlier this month, Blue Box Game Studios announced that it was working with Sony to create a cinematic horror survival shooter title called Abandoned.