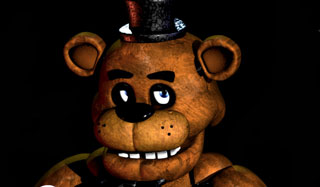 Looks like there’s a new game on the way from Five Nights at Freddy’s creator Scott Cawthon.

Fans of Five Nights at Freddy’s will be excited to hear that there’s a teaser on the Scottgames website that appears to be for a new game in the same vein. The catch is that it’s apparently for a whole new restaurant.

The teaser image (which can be seen below) simply says “Five Nights at Freddy’s Sister Location. There was never just one.” The words are superimposed over what appears to be an animatronic head that we haven’t seen before. Taking that at face value, it could mean that we see a Five Nights at Frankie’s before long.

It’s a little terrifying to think that there’s more than one pizzeria plagued with animatronics that come to life and hunt down employees, but it looks like that’s what we’re up against.

Learn to Develop Android Apps and Save 91%