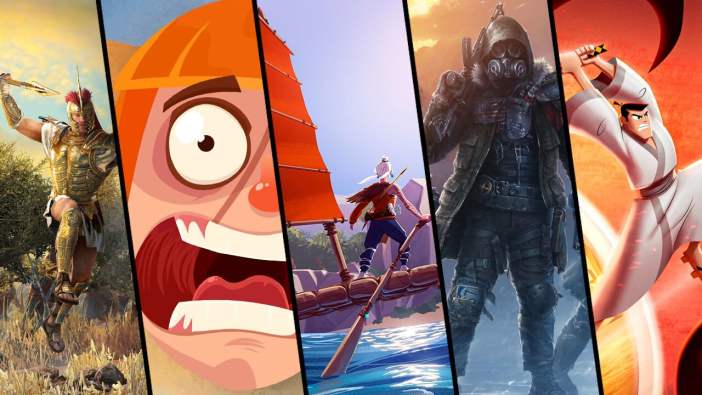 There may not be one enormous headlining single player release this August, but the cavalcade of indie and niche titles releasing never stops. We have mythic strategy, irreverent adventure, and crunchy RPGs to name a few, and as with last month a huge PlayStation title is making its way to PC. I know at least a few players excited to try out Horizon Zero Dawn on their home-built rigs.

As for everything else, enjoy a buffet of smaller releases before the terrifying new-gen avalanche begins in the holiday season. As always, comment below with your own picks for what gets your pep up this month, and stay safe, stay inside, playing video games.

Troy centers on this conflict specifically rather than a long time period, offering a more focused, story-based campaign. Both Total War Saga: Thrones of Britannia and the unofficial first Saga title, Shogun 2: Fall of the Samurai, were well received — despite criticisms of Britannia being a stripped-down experience.

Unusually, Troy will be available to claim for free through the Epic Games Store during its first 24 hours of release. As long as players go in knowing this title is intended to be smaller and focused, it should be an exciting time  — not to mention a great value for the price of free.

Included for pure variety, this adventure/platform/puzzle game from the makers of Manual Samuel will hopefully sate anyone just desperate for more Norse-inspired video games and who cannot wait for Assassin’s Creed Valhalla.

Helheim Hassle takes an irreverent comedic approach to the world of the dead, combining Manual Samuel‘s silly body horror with a dash of Psychonauts‘ phantasmagoria. The story revolves around Bjørn, a pacifist Viking, as he tries to escape the violent afterlife of Valhalla for something simpler — a more laid back and cool afterlife in Hel.

This single player game looks to entertain adventure game lovers and fans of quirky platformers in equal measure, with “undead body part”-style mechanics that resemble NeverDead, a mostly forgotten Konami flop that I never thought I would reference in one of these.

Okay, this is entirely out of my own selfish interest — in the PlayStation 2 era, sometimes the only joy one derived from a cartoon tie-in game was the officially licensed voice acting, music, and ability to see primarily 2D locations from a three-dimensional perspective.

Samurai Jack: Battle Through Time looks to offer more than that thanks to passionate involvement from series creator Genndy Tartakovsky. The nostalgic effect of seeing old favorite characters in familiar locations is strong, mixed with the thrill of adding elements from 2017’s climactic fifth season. This could be the rare case where a licensed game actually thrives on its source material and uses it to elevate the game and franchise alike. Could be.

Even more Western-inflected and upbeat than the worlds of Fallout, the Wasteland games offer deep, party-based challenges hewing closer to traditional tabletop RPGs or even the resurgent tactics genre. For those who may have become enamored with isometric cowboy adventures with Desperados 3 back in June, this is a highly recommended next step.

The game is based on the initial blueprint of what became Fallout — 1988’s original Wasteland. As such, the design is thoughtful, old-school, and both fun and twisted in its own idiosyncratic way.

With the injection of capital thanks to InXile’s purchase by Microsoft, this latest Wasteland seems to boast a snazzy layer of extra polish, splitting the difference in a slightly more cinematic presentation. Also thanks to the studio purchase, Wasteland 3 has been playable in early access and will remain bundled with Game Pass for the time being, making it very cheap to check out for any players that seek another hit of post-apocalyptic role-playing adventure.

On the same day as Wasteland 3, this other “W” title looks forward instead of backward(ish) and takes a large helping of Breath of the Wild, mixed with the survival/crafting formula that has thrived over the last decade.

The game has Zelda-inspired visual direction and familiar “explore the mysterious ruins” mechanics, but what Windbound lacks in pure originality is made up for with video game comfort food. The game promises an emergent narrative amid its survival-exploration loop, though the depth of it remains to be seen.

Personally, I am just happy to see more 3D action adventures released with less than “realistic” graphics — its being developed locally here in Australia is icing on the cake!

As a result of release date shifts and the cancellation of E3, there are other games set to release soon that lack firm release dates. Fingers crossed release dates are not forced to move again, and have fun until next month’s batch of single player games.