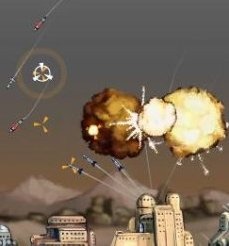 As a reformed WoW addict, I’ve recently undergone a paradigm shift of sorts in my gaming habits. Gone are the six-hour battleground sessions, the exhaustive forum lurking in search of the perfect DPS trinket and the near constant aggravation of thankless guild leadership. After a year and a half of holding down a second full-time job, I uninstalled the game and tossed out the CDs in a rare moment of lucidity (my thanks go out to Blizzard for including the “/played” command).

Truth is, I may have overcompensated a bit.

World of Warcraft, and to some extent all MMOGs, carries a pretty heavy price tag for those borderline obsessive individuals who need to extract every ounce of entertainment out of their games. It was a foregone conclusion that I would avoid most future MMOGs like a digital plague, including the highly regarded Pirates of the Burning Sea, which made its way around our office last month. But since retiring my level 70 gnome Warrior back in June, I’ve been increasingly hesitant about any game that has the potential to pull me into its world, refusing letting go until my grumbling stomach begins to drown out the audio.

When Valve released The Orange Box last fall, it was exactly what I had been looking for. “Episodic content” meant smaller bites and lighter time commitments – I’m not ashamed to admit that it took me three separate sessions to finish Portal for the first time, and I spent well over a month sequentially tackling the Half-Life 2 library. The less I played, the more I began to see the AAA model of packing as much game as possible into a $60 unit as a bit misguided. There was a time when reflecting on months of cumulative grinding and dungeon crawling wouldn’t have phased me. Now, a 15-hour play-through of Mass Effect feels overindulgent.

I’d never have believed it a year ago, but I’ve become the very creature I once subconsciously scorned and mercilessly slaughtered in Alterac Valley: the casual gamer.

No, not that kind of casual. A 360 controller still feels more comfortable in my hands than a Wii remote, and unless you count Puzzle Quest, I haven’t spent more than 15 minutes playing Bejeweled in the last five years. But for an individual whose gaming addiction seems to be subsiding, the stakes are much lower playing Desktop Tower Defense than diving into another expansive virtual landscape. The former can consume a lazy Saturday if I’m not careful; the latter will go from a hobby to an obsession in the time it takes to say “endgame.”

Smaller indie games have become my new snack of choice. There are no expectations of longevity or illusions of character progress; they demand nothing more than a few minutes of your time and attention. But I discovered another quality in these brief diversions that one simply doesn’t encounter in commercial releases: the freedom to fail.

This seems like a negative trait at first glance. In a game like WoW, a broken game mechanic is an unacceptable oversight. Thousands the world over will curse the devs who spurned them and threaten canceled subscriptions if the error isn’t corrected in the next patch. But in a free browser-based game, players can make no such demands on the developer – often a fellow gamer with no delusions of getting paid for his efforts.

In an MMOG, poorly tuned gameplay can kill a title before it even ships. In a Flash game, however, it’s a quirk of the zero-budget development process you can celebrate rather than simply endure.

Take MAD: Mutually Assured Destruction, a free browser game available on the independent Kongregate network. Mutually Assured Destruction is, for all intents and purposes, Missile Command, a game that has existed in some form or another for the past 28 years. But it quickens the pace, adds a resource system and gives you a few extra abilities to manage that allow you to survive for longer than otherwise possible.

Mutually Assured Destruction isn’t the most unique game to be featured on Kongregate, and though it’s among the highest rated on the site, it’s a few pages away from the No. 1 spot (which no indie developer in the last eight months has managed to wrest from Desktop Tower Defense). Nonetheless, something about the game grabbed my attention and wouldn’t let go. Like Tower Defense, it exhorts you to experiment with different strategies until you’ve achieved some measure of success, then file it away until the next time you’re bored.

Your arsenal in MAD is a bit more complicated than traditional Missile Command countermeasures: Alongside your main point-and-click surface-to-air missiles you acquire a fire-and-forget flak cannon that randomly disables incoming missiles, an EMP that can clear the screen for a precious few seconds of breathing room and a time-slowing tower that, theoretically, allows you to pick off the incoming barrage at a reduced speed, all at your disposal within the first minute or two of gameplay. Unfortunately, time is distorted for your own missiles as well, negating most of the advantage that three seconds of bullet time would ordinarily grant. It’s the last tower you upgrade and feels ineffectual even at the highest level.

Time for a buff? Hardly. This isn’t World of Missilequest; it’s an amusing, fun-sized bite of gameplay, and if you’re outraged at the developer for his lapse in judgment, it may be time to refill your medication. Maybe someday Void, MAD‘s developer, will get around to fixing that tower. Maybe it’s intentional. Either way, it’s liberating for game creators and players alike to be able to experiment with gameplay in a space where minor tweaks don’t bankrupt studios and bruise egos. Casual or not, I’m learning that games can be just as satisfying when you’re able to walk away.

Jordan Deam is a Peggle Grand Master, and is probably playing Peggle at this very moment. Pathetic.