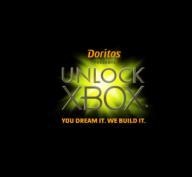 Tortilla chip manufacturer Doritos is soliciting fans of both its chip treats and Xbox Live Arcade games to design a downloadable Dorito-based title. Five finalists will then work with Microsoft game developers to create playable game builds that will be made available at Snack Strong Productions and visitors will be allowed to vote for the winner in November. Each finalist will receive a $6,000 prize package, with the winner having his or her creation offered on the Xbox Live Marketplace for free in the summer of 2008. Those interested in submitting an entry can send a 500-word description of their idea to Snack Strong Productions between June 21 and July 29.

Ann Mukherjee, Vice President of Marketing at Dorito manufacturer Frito-Lay, explained, “Doritos fans continue to tell us how excited they are to be part of, and personalize, what is important to them. Similar to past Doritos programs that put consumers in control, we hope ‘Unlock Xbox’ gives people a chance to express their own creativity, this time in the innovative world of gaming.”

“We are always looking for new ways to connect with fans and give them unique opportunities for expressing their creativity that only Xbox 360 and our partners can deliver. With millions of gamers already engaging in Xbox LIVE fan forums and communities, we extend an invitation to them to jump in with their ideas for a fun, new Xbox Live Arcade game,” added Mike Fischer, General Manager of US Marketing for the Xbox 360.