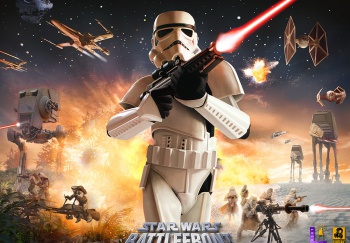 The servers shut down this week because publishers stopped paying for GameSpy’s services.

On Monday, gamers discovered many of their favorite titles’ multiplayer functions were no longer working. A flood of complaints were posted on GameSpy’s Facebook page about the lack of warning and accused GameSpy’s new owners (Glu Mobile) with possible extortion by holding the support for many older games like Neverwinter Nights 1 and 2, Star Wars: Battlefront, and Sniper Elite hostage. GameSpy responded to the allegations by posting a statement which claimed that game publishers had lapsed in paying the service fees charged to continue multiplayer support. GameSpy kept the servers going for as long as they could, but the company could no longer provide services without publishers paying the bills.

“A number of our publisher partners elected to allow their contracts for GameSpy Technologies’ services to lapse by not continuing to pay for these services. In some cases this lapsing ranges back as much as four years. GameSpy Technologies has continued to provide months, and in some cases years, of service support for free. However we cannot be expected to provide a service free of charge to publishers who choose not to renew their service agreements and in some cases remain delinquent in delivering payment for past services.”

It is kind of crazy that these games still continued to have support when the publishers refused to pay – Four years! Egads. – and there’s nothing wrong with GameSpy shutting down the service if publishers can’t be bothered to keep the lights on.

“The situation is identical to fans attributing fault to the hosting company of a popular website for ceasing hosting services, when the website owner refuses to pay its hosting bill,” the statement reads.

When you put it like that, it’s kind of hard to blame GameSpy. It seems like they kept the faith by allowing publishers a long leash and the company just won’t let those delinquents get away without paying anymore.

BioShock Infinite Gets a “Reversible Cover”

TARDIS PC Materializes in the UK