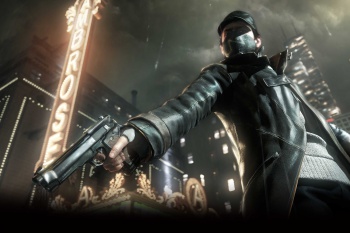 Demand for the game is so great that the retailer plans to open 3,500 of its U.S. stores for launch events prior to the game’s May 27 release.

The buzz surrounding Watch Dogs has grown to a fever-pitch with the game’s release now only days away. Nobody seems to be more aware of that than GameStop, who recently reported that Ubisoft’s open world game is breaking preorder records.

Watch Dogs is “proving to be the highest preordered next-generation console game” in the retailer’s history, according to Bob Puzon, GameStop’s senior vice-president of merchandising, via GameSpot.com. GameStop did not reveal what title previously held that record.

The high demand for the game has led GameStop to open 3,500 of its U.S. stores on the night of Memorial Day, May 26, for launch parties ahead of the title’s May 27 release. The launch parties will feature contests, giveaways, new game footage and the chance to play the PS4 version of Watch Dogs starting at 9 p.m.

Developer Ubisoft is also reporting that Watch Dogs has now become the second-most preordered game in the company’s entire history. The company says the title is on track to become the most successful new IP in video game history, though as GameSpot.com points out that’s a claim that is also shared by Activison’s upcoming shooter Destiny.

The Watch Dogs launch trailer was released earlier this week. Check it out here. The game will be available May 27 for PC, Xbox One, PS4, PS3 and Xbox 360. A Wii U version will follow later this year.

Magic: The Gathering’s Next Block is Khans of Tarkir