In my previous publisher’s note, I mentioned that the game industry was in a time of turmoil, a “Great Recession,” with videogame companies cutting staff with a chain-gun. How bad is it out there right now?

Really bad. A month ago, NPD Group announced that gaming had suffered its biggest year-over-year sales drop in 9 years, with total game sales in North America down 31% in June compared to the same month last year. Research conducted by Wanda Meloni (published on Gamasutra) reported that 8,450 game developers had been laid off since July 2008, with over 12% of North American game professionals unemployed. Midway, Ensemble, Paradigm, Massive, Rainbow Studios, Juice Games, Electronic Arts, LucasArts, Rare, and Eidos are just a few of the firms that have restructured, downsized or shut down. “It’s been so bad that they’ve even cancelled Duke Nukem Forever,” joked one game industry analyst.

Since then it’s gotten even worse. The public companies have all just announced quarterly revenues and profits, and it’s virtually all grim news:

? Nintendo’s profits are down 66%, and it is predicting a full-year decline of 12%. (Forbes)
? Sony’s revenues are down 19%, with its gaming division leading its losses. (Business Week)
? Microsoft’s Entertainment and Devices division is down 25% for the quarter. (Yahoo! News)
? Ubisoft’s sales are down 51%, and the company is delaying its key titles. (Games Industry)
? THQ, calling 2009 “challenging” saw losses of $96.9 million this past quarter. (THQ)
? Take-Two is reducing its 2009 expectations to reflect reduced sales and lower than anticipated orders of new releases, and (like Ubisoft) is delaying a major title to 2010. (Take-Two)
? And Amazon blamed lackluster videogame and video game console sales for dragging down its revenues. (WSJ)

What’s surprising about the game industry downturn is that it is a surprise. Back in April 2008, analysts were calling the game industry “near recession proof.” In November 2008, CNET summarized the industry viewpoint as simply that “in rough times, people always spend money on entertainment, and that as entertainment goes, video game software and hardware offer much higher value than other options.” And as recently as four months ago, analysts from IbisWorld, IDC, and Interpret were all predicting continued growth for the game industry through 2009, again saying “videogames provide strong entertainment value and typically do well during recessionary times.”

Wedbush Morgan analyst Michael Pachter thinks this analysis is too simplistic. “It’s helpful to split the video game consumer into two camps. The serious gamer generally does view games as part of his overall entertainment consumption and the cost of games is generally quite low when placed in the context of hours of enjoyment,” he explained to The Escapist. “Thus, even at $60, a serious gamer may feel that games have great value, especially if they intend to play for 20 hours or more. But the casual gamer spends far less time playing games, and the cost per hour of a game purchase may seem quite high. If the casual gamers’ experience is that they play a $20 or $40 game only an hour or two, then find themselves bored, it’s easy to see how they forgo this type of purchase when money gets tight. 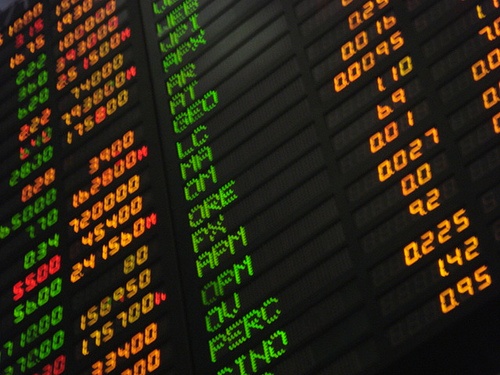 “The wild success of the Wii last year suggests to me that we have a disproportionate number of casual gamers at this point in the cycle, exactly the wrong mix for the industry when money gets tight. Adding to the problem is that from March through July (when we’re seeing the double-digit sales declines), there were very few hardcore games released, and sales were dominated by casual and catalog titles. The few hardcore games that were released (like Prototype and UFC) performed very well, reinforcing my belief that the hardcore gamer will show up at retail if offered something he wants.”

David Cole, of DFC Intelligence, reached the same conclusion through a different analysis. “The media got carried away with the entire “recession proof” concept. For one thing, the game industry is very tied to the console cycle, and even with economic booms we were forecasting a natural downturn in the industry in 2009 because of where we are in the console cycle,” he told The Escapist.

“But the recession also highlights a challenge the industry has faced in that they had many very expensive, premium products. Those are the first type of products you would expect to see get hurt with consumer spending. Because a consumer buying an Xbox 360 at GameStop today can go in and get a whole great catalog of products such as Halo 3, GTA IV at a very low price. They can buy an old second hand version Guitar Hero and not spend a whole bunch on the latest and greatest. Thus where you would expect increased spending are used games, catalog products, and free to play games that can suck up a user’s time but not necessarily money.”

Mr. Cole didn’t mention it, but his competitors over at research firm Nielsen have released a report that supports his view. Nielsen reports that average gaming hours per week in 2009 have been ahead of 2008, as have used game purchases and rent-by-mail services.

Historically, the answer has been to release a new generation of consoles but that’s not likely to work this time. While past game industry busts have been tightly coupled to the console cycle, this downturn is only loosely related to platform shift, and in any event there’s no Xbox 720 or Playstation 4 on the horizon. Mr. Pachter calls this “the last console generation,” and Mr. Cole agrees, calling the console market “broken.”

But capitalism is an engine of creative destruction; what it breaks, it fixes. The Escapist’s Sean Sands has already pointed out that EA expects console and handheld gaming to contract while PC and iPhone gaming are going to grow. DFC Intelligence is predicting that PC gaming revenues will soar at least 50% over the next five years, possibly more, depending on broadband adoption. During this time, many games will transition from packaged products to something like services, where ongoing usage is monetized through subscriptions or microtransactions. And mega-games like World of Warcraft will continue to yield enormous profits, even as they become platforms for casual games themselves. Predicting long term trends with any precision is a Herculean task, of course, but hopefully, our predictions will have more accuracy than last year’s prognostications that our industry is recession proof.