Saturday is the first day of 2011, which means Friday is the last day we can eat badly without being scolded about it. Whether you set a resolution or not, you will soon be inundated with diet tips, and even if you’re like me and ignore them all, it takes some of the fun out of eating terrible-for-you foods. This week is our last chance to get some guilt-free foods in under the radar, and these are my top six picks for geek-inspired junk food. Enjoy in good health.

“Today a child is born unto us, and his name will be bacon.” Scott Pilgrim and the Infinite Sadness

Scott Pilgrim has a thing or two to learn about life, and by “life,” I mean “nutrition.” Breakfast consists of a whole plate of bacon, and he hasn’t yet grasped the correlation between carbohydrates and, well, weight. It seems only appropriate that he would enjoy this sandwich, a combination of two of his favorite things. Yes, the bread is not garlic bread. If you’re really upset about the omission, try a garlicky aioli instead of mayonnaise. Otherwise, you know, deal with it.

I know this recipe seems so simple as to not be a recipe at all, but hear me out. This is my favorite sandwich. I tell people, and they say things like, “Ew,” and “That sounds awful,” and “Bread makes you fat.” Ignore the Ramonas in your life and give this sandwich a chance. It may not keep you totally svelte, but it’s worth every calorie.

“That’s the kind of bold flavor they enjoy in … Albuquerque!” The Simpsons, “Hungry Hungry Homer”

One of the few times we ever saw Homer Simpson not eating was his hunger strike against the Springfield Isotopes management. Accepting this hot dog from Duffman would have been the ultimate betrayal of all his principles, and his hunger strike would have been for naught. Luckily, the regional flavors of this ballpark treat served to prove his claims, and Homer was validated — and fed — by a thankful stadium of Isotopes fans.

Sure, the hot dog was the embodiment of lies and deceit. For an animated hot dog, though, it looked pretty tasty. A little busy, perhaps, with the mesquite-grilled onions, jalapeño relish, and mango-lime salsa, but an exciting departure from ketchup, mustard, and delicious but common pickle relish. If you live somewhere gripped by the icy fist of winter, this should bring a little sunshine to your belly. 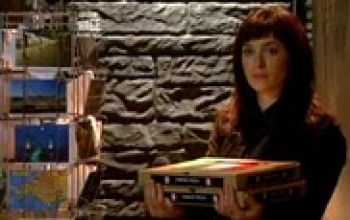 “Before we go any further, who the hell orders pizza under the name of ‘Torchwood?'” Torchwood, “Everything Changes”

Torchwood may operate under all sorts of weird conditions, but it’s really just your average workplace. Jubilee Pizza is their pizzeria of choice, and for all Jubilee knows, Torchwood is just that tourist shop over by Cardiff Bay. Sure, that one pizza delivery girl went missing, but that was a fluke. Right?

Jubilee tends to show up at important moments; it’s the catalyst for Gwen’s introduction to Torchwood, and she has an emotional moment in Season 1 (“Combat”) with a pizza as her only pal. It may have a deeper meaning, about humanity and comfort or something, but it usually just makes me want pizza. This recipe is actually for a lamb pizza, to honor the celebrated Welsh sheep. If you want to get really Welsh with things, substitute leeks for onions — just make sure to clean them really well, or they’ll be gritty and sandy, and no one likes a sandy pizza. 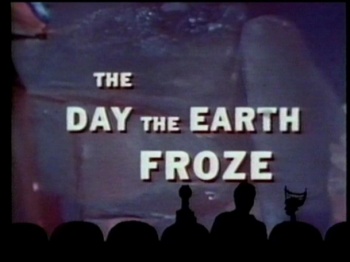 I often felt bad for the human protagonists of MST3K, and it was because they never seemed to get any snacks. Joel and Mike get to snark at bad movies, constantly, in space, with robots. You’d think their lives couldn’t get any better. Without movie snacks, though, it’s like they’re just watching bad movies, at home, on their big, crappy television. Wait…

Popcorn is the classic, obviously, but mere popcorn just won’t cut it here. I know Tom Servo and Crow aren’t likely to enjoy a big, sticky ball of popcorn junking up their robot gears, but these puppies are the perfect projectile. If human viewers don’t need a nosh for the movie, these can be flung at the screen with abandon. 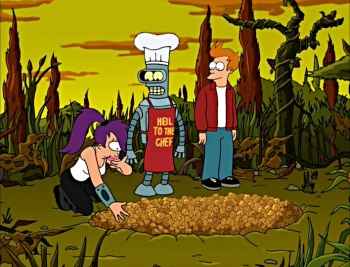 “The reason we don’t eat people is because they taste lousy. ” Futurama, “The Problem With Popplers”

Is it bad that popplers still look delicious, even after I know they’re alive? There are so many things wrong with popplers. The first clue these suckers weren’t intended for consumption is that they looked like little fried snacks, despite being found in a hole in the ground on another planet. Fried appearance aside, we’re not even going to give these guys a little wash after we snatch them out of the ground? Nope, guess not.

Then we find out that not only are popplers living creatures, they are actually living. As in not dead, as in everyone is eating what amounts to a napping alien baby. Even this frankly horrifying bit of knowledge isn’t enough to make them appear distasteful. Just as Dimitri in Anastasia was a hot guy first, and a cartoon second, popplers look like a veritable taste sensation, animated or no.

Since Fishy Joe’s wound up being the poppler purveyor, I’ve decided to go with shrimp for this one. 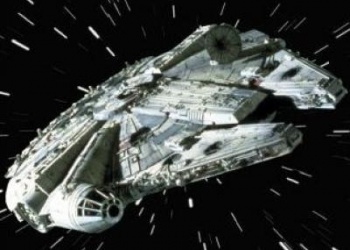 “What a piece of junk!” Star Wars: Episode IV — A New Hope

The Millennium Falcon is essentially a space burger, and George Lucas has admitted as much. The word is the original design for the ship was much less round, and Lucas scrapped it in favor of the current design, modeled after a hamburger with an olive on the side. Look at it. Maybe a stretch, but if you look at the ship with your stomach in mind, the resemblance is difficult to ignore.

As I’m not big on burgers with a side of olives, I’ve adjusted the design to a burger garnished with olives, in the form of your favorite pre-made tapenade. Don’t care for olives? Leave it off. You can garnish this burger with nothing but the satisfaction of eating Lucas’s purported favorite food. It’ll still be delicious.