Fox’s first attempt at bringing the X-Men to live action was less than a resounding success.

No matter how often it’s repeated, it never really seems to “stick” in either the public or even devout comic-reading fandom: X-Men, in its original “school for gifted youngsters”/60s Civil Rights metaphor incarnation, was one of the rare failures of Marvel Comics’ otherwise fruitful early years. It wasn’t until the series was rebooted in the 70s, and even that version — originally launched as a “rainbow coalition” of international mutant heroes — took a lot of refining to become the pop-culture juggern-er… “great big thing” that eventually conquered the Marvel Universe, TV animation, and movie screens.

Not that the original was necessarily a “bad” comic, of course. Just one that had difficulty finding a coherent tone or locking down an audience. If you ask me, the problem was that the tone and audience it was otherwise tailor-made to hit was almost impossible to render in comics of the 60s and not reading comics of the 60s, respectively. While Marvel had successfully mined “superhero team as nuclear family” with the Fantastic Four and “superhero as sad-sack teenaged nerd” with Spider-Man, The X-Men’s basic dynamic (teenagers with special powers that manifest at adolescence living in a boarding-school environment) needed things that studiously-clean comics of the era wasn’t prepared to provide: Puberty. Hormones. Lust.

Sex, in other words. 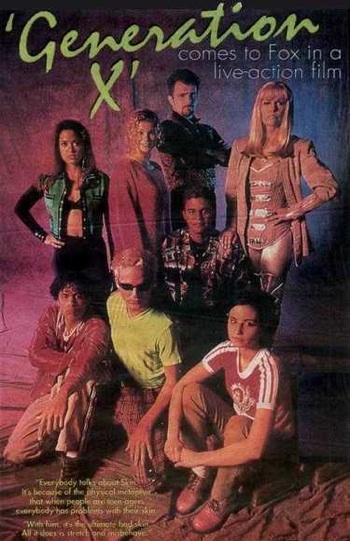 Seriously. Go read the 70s/80s Chris Claremont X-Men that formed the backbone of what became the most obscenely bloated “bubble franchise” of the Marvel Universe. Sure, he did a lot of things right in terms of characters, worldbuilding, mythology and “big idea” action; but the magic-trick at the center of Claremont’s now-legendary run is an understanding that a story about misfit teenagers “coming of age” needed more emphasis (or as much as you could get in an all-ages comic) on, well… the “coming” part, to put it bluntly. In their prime years, these “All-New” X-Men traveled through time and into outer-space, but their relationship dynamics were decidedly down to Earth: Love triangles, sexual frustration, body-image issues, romantic angst, obsessions, stalking and even outright abuse were all accounted for; along with Claremont’s seeming inability at writing a relationship (friendly or antagonistic) between two or more women without barely-veiled lesbian subtext rivaled only by every anime ever.

(And lest you think I’m exaggerating just how kinky this series got: In the original comics the Dark Phoenix saga involved the Hellfire Club brainwashing Jean by allowing her to see the world in terms of her own darkest fantasies. One such fantasy, apparently? Being an a plantation mistress in the antebellum American South and taking the lash to her slave, Storm. Gee, how’d THAT get left out of the movies?)

Trouble with that? Teenagers grow up. Even in fiction, audiences can only tolerate Cyclops and Wolverine coming to blows over Jean Grey so many times before everyone is expected to mature and move on. “Age” is sort of a nebulous concept in Marvel Time, but the core X-Men gradually got more “adult” in attitude and overall design. That, plus the plots getting into bigger and bigger global-conflict territory, soon left the books far removed from the “teens in school” foundation and Marvel without a set of characters aimed squarely at the teen demographic.

The solution? Make new teams of young Mutants, send them to school and make comics about them. First came the New Mutants, then came their “EXTREME!!!” 90s alternates, Generation X, so named because there was no way in HELL Marvel was going to leave that sweet “Whoa! The nickname for this entire generation of prospective readers sounds like something from our X-Men books!” money on the table.

And in 1996 — near the high-point of the X-Men franchise’s initial popularity (and the beginning of its low-point in actual quality) with multiple runs of comics selling like hotcakes, rock bands writing songs about Wolverine and an animated series racking up ratings on Saturday mornings — a made-for-Fox-TV adaptation of Generation X meant as a pilot for an ongoing series became the first live-action X-Men movie, ever.

It is a terrible, terrible thing to behold.

The setup of the Generation X comic was pretty basic: A reformed Emma Frost and an older/wiser Banshee running an expansion of the Xavier School in Western Massachusetts, overseeing a group of students with a rowdier, more cynical disposition than previous X-teams. The movie ports this setup over fairly faithfully, with the main change being that action takes place at the actual Xavier School (amusingly, they used Hatley Castle, which also “plays” the Xavier School in the movies) some time after Chuck n’ The Gang have… well, it’s actually never specified why the X-Men aren’t around: they just aren’t. One imagines the intent might have been to leave the door open to “event” cameos by versions of the more well-known characters had the movie done its job and launched a series. 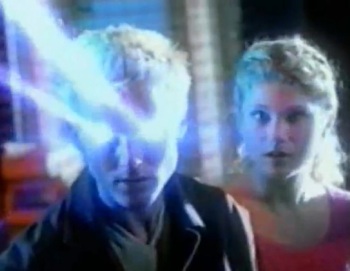 Our story? The same one they’ve used to start every X-Men adaptation as far back as the 80s: A new student (or two, in this case) enrolls at the school and meets the crew while a tangentially-related villain plot brews in the background. Our audience POV characters this time? Skin, who’s stretchy like Mr. Fantastic except it hurts him so he’s consequently sort-of useless, and Jubilee, aka the one super-relatable kid character from the cartoon you reeeeeaally liked and were later crushed to discover was an almost completely unimportant minor figure in the actual comics. (Funnily enough, even though she was a member of the comics’ Generation X team, she’s only in this movie because of the cartoon’s popularity: They originally wanted to use Dazzler.)

As for the rest of team? Well, there’s M, a self-described “perfect mutant” with superhuman physical reflexes and no immediately-apparent flaws, Mondo, who has The Absorbing Man’s powers, new character Refrax (well, “new” in the sense that he’s just Cyclops but with blue eye-lasers instead of red) and fellow newbie Buff, who… well, she’s got super-strength and the muscle-definition you’d expect to come with it, so… her power is “being buff,” basically. The conceit is that while she looks conventionally pretty from the neck-up, the rest of her is all lumpy and roided-out looking (the “effect” is accomplished by having the actress wear loose baggy clothes all the time and an insert-shot of a body-builder’s back at one point) and she’s self-conscious about it — which gets worse when Refrax (who can also have X-Ray vision if he tries hard) sees through her clothes during a makeout-session and seems to freak out a bit. 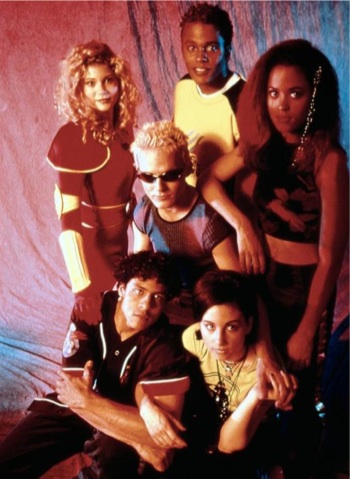 Soap opera mainstay Finola Hughes is an inert Emma Frost (she’s not required to do much beyond cock her head to the side for Jedi Mind-Trick business and look decent in shiny white tights) and Jeremy Ratchford (“Nick” from Cold Case) looking profoundly uncomfortable pantomiming “sonic screams” as Banshee. Our villain for the piece is Matt “Max Headroom” Frewer doing his level-best Jim Carrey impression as a mad scientist putting subliminal mind-control messages in arcade cabinets. He wants to extract the “X-Factor” genes from mutants’ brains to power up his own, eventually leading to a “dream world” confrontation that’s not as embarrassing as the otherworld-sequences in Dr. Strange, but not by much. They keep calling it “The Dream Dimension,” which (when I watched this as a gullible kid in ’94) had me expecting The Shadow King was going to turn up eventually. He did not, because that might have been interesting.

I’ll say this: A set of scenes dealing with the Xavier students getting into scrapes with unfriendly bullies their own age from the surrounding upstate New York rural township suggest that there might have been an interesting series developed from this had it ended up getting a chance. It’s all pretty bog-standard stuff (yes, there’s an extended “Teen Romance at The County Fair” sequence and yes, the macho-jerk bullies don’t go anywhere without their varsity letterman jackets) but it approaches authenticity more so than any of the TV-budgeted superheroics do. Then again, it also possibly sets up a potentially problematic dynamic of the already-superior (literally) mutants as educated/upscale collegiates versus the working-class “townies.”

The effects range in quality from “not bad for a TV movie” to flat-out bad, particularly when things go all Lawnmower Man with Frewer in Act 3. As expected, Jubilee’s “make fireworks out of thin air” powers translate pretty well, and Refrax acquits himself pretty decently since “eye-beams” are kind of difficult to screw up. Skin, you’ll be unsurprised to learn, looks almost as ridiculous as the instantly-tacky early-90s fashions everyone is wearing the whole time… though, to be fair, when Buff shows up at the end modeling “our new uniforms” the example looks precisely one helmet removed from being a Power Ranger — and not in a good way.

The movie supposedly drew a decent audience in its original broadcast, but didn’t exactly light the kind of fire to make Fox want to risk a series — especially not when Batman & Robin briefly made “live-action superheroes” a dirty word in Hollywood and the X-Men comics’ franchise as a whole was just hitting the “milked dry” point with even the most mutant-obsessed fans. Fox would, however, hold onto the license to make X-Men movies, which of course paid off for them in a big way four years later.

But before that! Fox would try one more time to launch a Marvel series to TV in 1998, and this time they called in The Big Guns… well, technically, they called in the guy who ran in slow-motion next to The Big Guns, but, hey — that’s…. kinda the same, right?

Well, either way, come back next week for that.