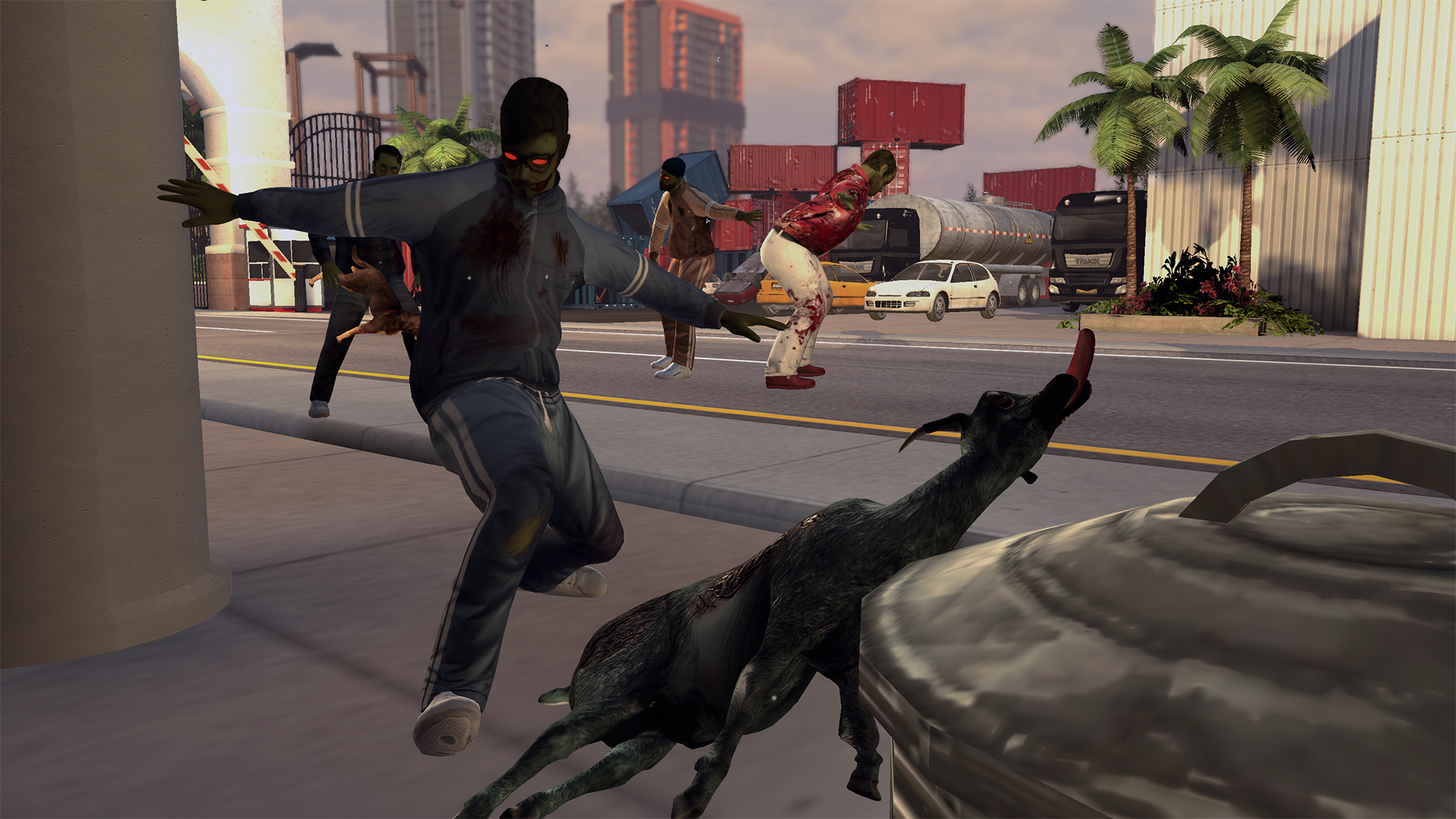 Unlock extra goat characters in the undead expansion to Goat Simulator — GoatZ. Switch places with a human, shoot voodoo bombs or spawn an endless amount of chihuahuas with these extra mutator goats.

There’s plenty to see in the zombie apocalypse, including a slew of new characters with unique powers. Some are just jokes, while others provided powerful upgrades that make survival easier. Eating food every five minutes and dodging hungry infected isn’t easy, so find a few tips to unlock extra characters with the ever-expanding guide below.

After unlocking the Paris Hilton goat and more, check out an awesome AMC prestige show Easter egg on the GoatZ Breaking Bad Blue Barrels Guide, or unlock the Ninja Goat and more by collecting all 32 hidden trophies.

Work-In-Progress: It isn’t totally clear how to unlock every goat on iOS / Android of PC versions. Check back later for new updates.

Sky Goat: Provides a parachute that can be used at any time to glide long distances.

Voodoo Goat: Mystical goat with the ability to shoot beams that shrink heads.

Fake Goat: This frightening display is just a guy on his hands and knees.

Normal Goat: The normal goat is just a normal goat. It can’t do anything special.