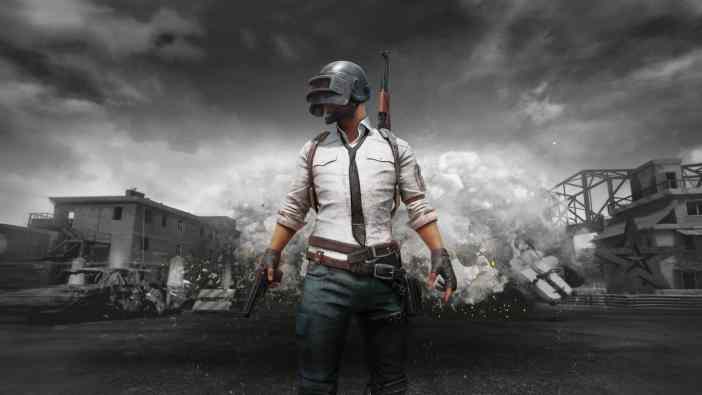 Glen Schofield’s new studio, Striking Distance, is making a new game in the same universe as PlayerUnknown’s Battlegrounds (PUBG). They’ve found themselves in an unusual situation, however — they’re allowed to do pretty much whatever they want with the property.

“It’s absolutely freeing,” Schofield said. “Every once and a while you’ve got to pinch yourself to make sure that it’s true.”

Here’s how it all went down, by Schofield’s account: After leaving Activision, he started looking for places that were a good fit for him — a 28-year industry vet who had managed, directed, and produced games in the Dead Space, Call of Duty, and Legacy of Kain series.

He was eventually approached by PUBG Corporation. They were looking for someone to launch a studio stateside, and Schofield already had experience building a studio from the ground up from creating Activision’s Sledgehammer Games, so he seemed like the right person for the job.

“I had a couple of ideas that I had wanted to do — one in particular,” Schofield said. “So, I met with PUBG a few times, and they flew me over to South Korea. And then they would come out here and I would meet them. Just all along, I really liked talking with them, and their creative philosophy, and their time philosophy.”

He pitched his idea for a game, and PUBG Corporation said yes. Not “Yes, but…” or “Yes, and…” Just yes. He was given the green light to go build a studio and make that game that he described.

“They’re not giving any sort of creative feedback, in terms of ‘change this and that,’” Schofield said. “You know, I’ve worked with companies that have been heavy-handed in the past before, and they’re the complete opposite. They’re like, ‘You’re the creative dude. You guys come up with it.’”

The game itself is in the early stages of development, so Schofield wasn’t keen to share too many details about his vision. But he was willing to share that it’s a narratively focused game built in the Unreal engine that takes place in the world of PUBG.

“It’s not PUBG. It’s not PUBG 2. It’s our own narrative experience set loosely in the PUBG universe,” he said.

When asked if it was a shooter, he resisted using that description.

“I wouldn’t go so far as to call it that, yet,” Schofield said. “Let’s just call it more of an action game, because that’s kind of what I’ve worked on over the years, with Dead Space, Call of Duty, and Lord of the Rings — they weren’t all 100 percent shooters. They were action games. That’s where my sweet spot is. That’s where we’re looking to go.”

A narrative focus is a major change for a game related to PUBG, which isn’t known for its story. Before the release of the Season 4 Cinematic Trailer last year, the entire plot could be summed up as, “You’re someone who has to kill everyone else before they kill you.” That on its own was enough to make it a worldwide phenomenon and kick off the battle royale craze that led to the release of games like Fortnite Battle Royale, Apex Legends, and Call of Duty: Warzone. 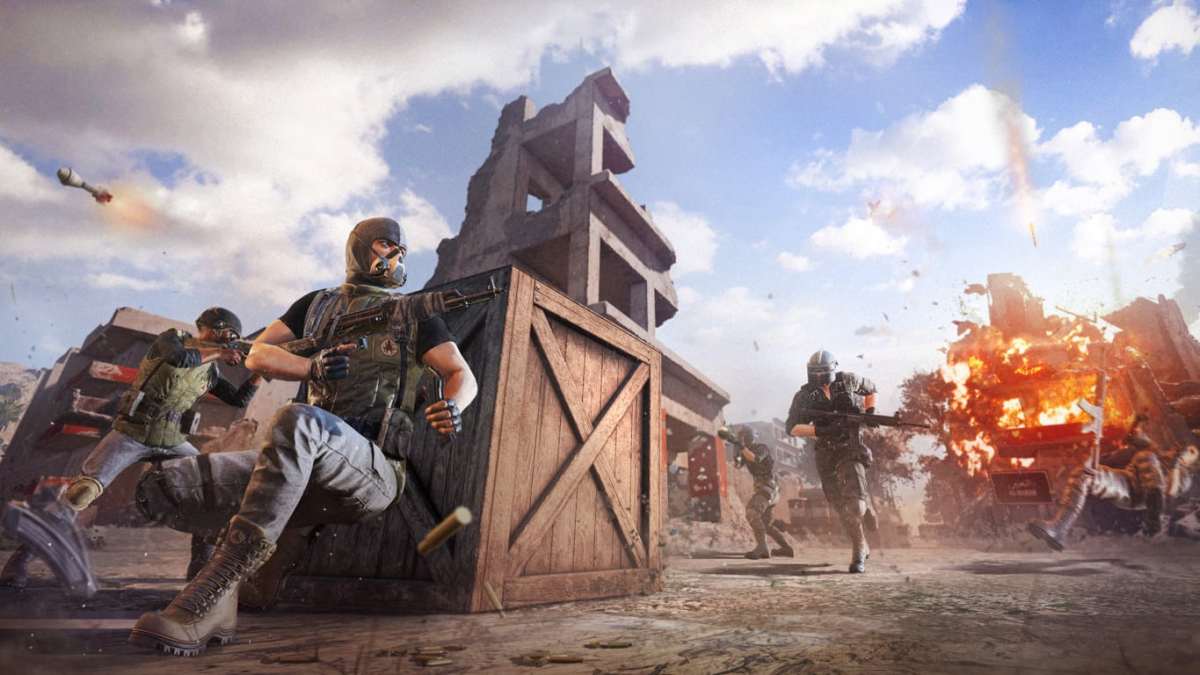 But the real challenge is whether PUBG Corporation will be able to take its success and turn it into something longer-lasting than a single runaway hit. From the sound of it, PUBG’s taking the idea of a lore-heavy universe and running with it — and Schofield’s game will be just the beginning.

“They’re creating this big world, like Marvel would do. We’re the first game within it, and we’re helping them write the story of their universe,” Schofield said. “So, we’re able to fit ours in exactly where we want it to be. So it’s basically a brand new franchise.”

With all the freedom that Striking Distance Studios has been given, there’s always the worry that it’ll fall victim to scope creep and spiral out of control with ideas and complexity. Schofield, however, is not worried about that happening. He’s been in the industry for a long time, and he knows how long it takes to finish a project — and how to make sure it gets completed on a reasonable schedule.

“We’re giving ourselves a deadline, and we’re working towards it,” Schofield said. “It’s a very professional team that’s not taking advantage of the situation at all. We want to get the game done and get it out at some point.”

Of course, they won’t tell me that deadline — it’s too soon to actually commit to anything publicly, especially now that everyone at the studio is having to work from home because of COVID-19. 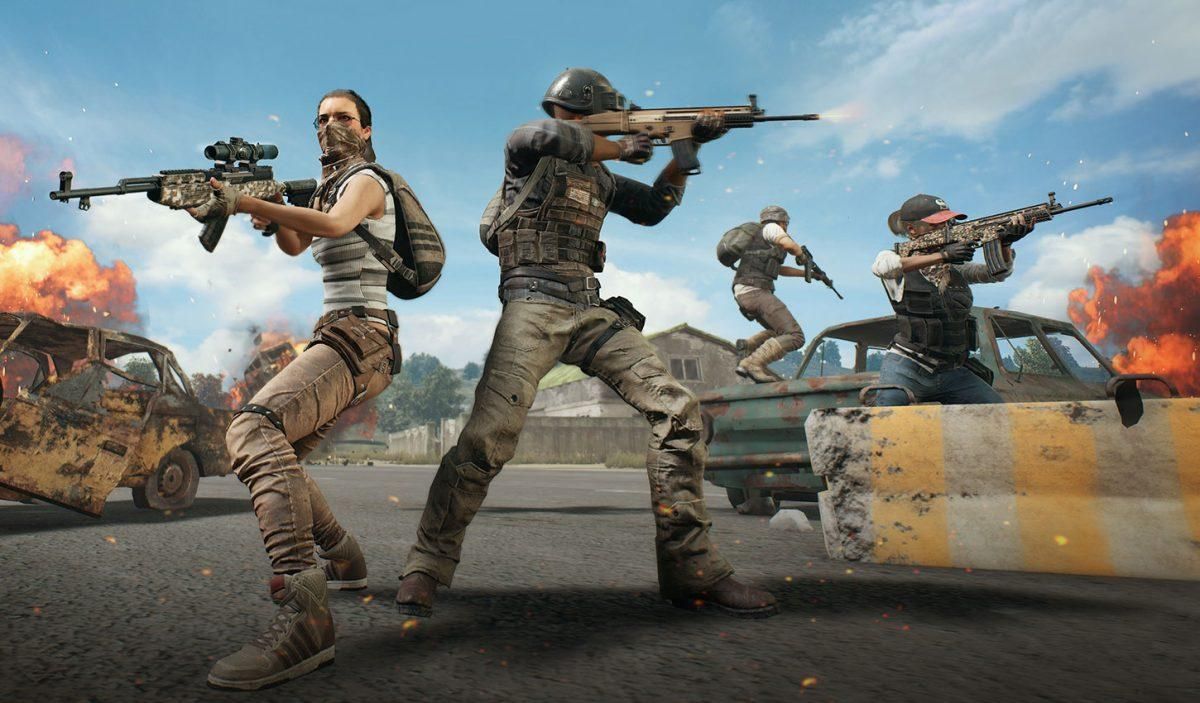 “I’ve been through a lot, but this is crazy,” Schofield said. “I’ve had people work from home, but not when you’ve got 100 percent of the studio working from home. We’ve got help from around the world, and everybody else there is working from home. It’s crazy.”

The studio’s not even finished hiring, in fact. They’re looking to bring on another 50 people, which is a bit challenging when nobody’s allowed to leave the house.

“We’re trying to do interviews via Zoom and all that, but anybody that wants to relocate or move, they’ve kind of put that on hold for now,” said Schofield. “But we want to get the word out that we’re hiring like crazy. We’re hiring through this. We actually did hire three people last week.”

But even with these obstacles, Schofield says they’re moving forward and making deadlines while maintaining a freedom that Schofield says still feels unreal.